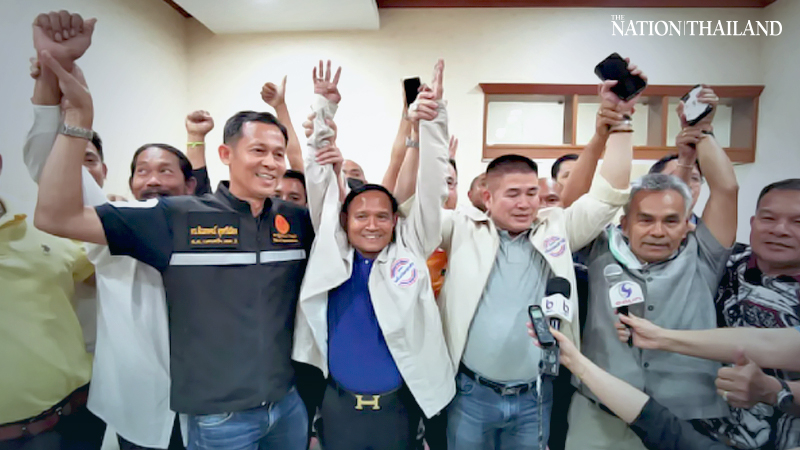 The by-election was held after Democrat MP Thepthai Senpong was disqualified by the Constitutional Court earlier this year. He was found guilty of election fraud by the Nakhon Si Thammarat provincial court.

He has appealed against that conviction.

The Democrats fielded his brother, Phongsin, as candidate for the by-election, but he finished second.

Asked about the nominee the respondents would support:

66.00 per cent said an independent nominee;

17.11 per cent said a nominee affiliated with a political party;

2.59 per cent said a nominee affiliated with a political group.

Regarding problems the respondents want the Bangkok governor to solve (multiple choice):

33.84 per cent – environment, such as air and water pollution;

Asked who they would vote as Bangkok governor:

4.49 per cent said a nominee from Pheu Thai Party;

4.26 per cent said a nominee from the Progressive Movement Group;

3.27 per cent said a nominee from Palang Pracharath Party;

2.66 per cent said a nominee from Democrat Party;

The bureau added that seven police officers were injured on Saturday, and six were in hospitals.

Regarding the arrest of We Volunteer (Wevo) group leader Piyarat Chongthep, the police explained that they had decided to arrest him at Major Cineplex Ratchayothin, as this man and his associates could stir violence at the protest site.

Major Cineplex Ratchayothin is located near the Ha Yaek Lat Phrao, where the demonstration by the “Redem” group started.

Piyarat and 17 guards were among demonstrators who had been transported to Border Patrol Police Region 1 in Pathum Thani province.

The police said that no one involved in the demonstrations on Saturday had been released. They will be taken to the Criminal Court on Monday. 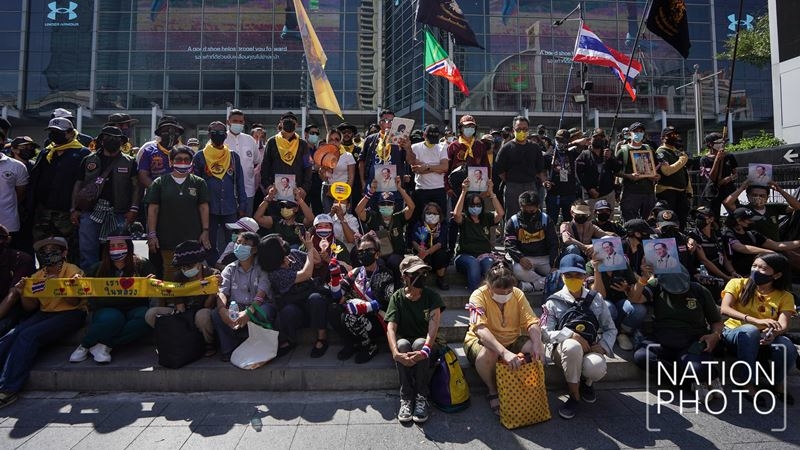 A royalist group, “Vocational Group Protecting the Monarch”, has vowed to hold demonstrations every Sunday from March 14 to show their loyalty to the country’s highest institution.

The group made the statement during their assembly at the Ratchaprasong intersection in front of CentralWorld Department Store on Saturday.

The group called off the demonstration at 4.30pm after singing the national anthem and the royal anthem.

The group then went to Police General Hospital to visit police officers who were injured by pro-democracy protesters during the anti-government rally and handed out surgical masks to medical personnel.

Police brace for protests in Bangkok on Saturday

Police are ready to deal with protesters at several locations in Bangkok tomorrow (March 6), insisting their pro-democracy rallies are illegal.

National police chief Suwat Jangyodsuk warned the assemblies would be illegal under the emergency decree. He voiced concern that the protests could become violent but said police would do no more than was necessary to control the situation. 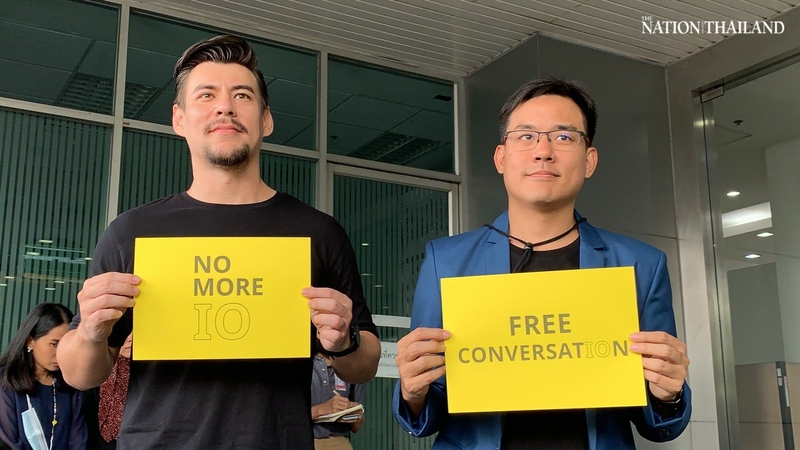 The move by the rights NGO came a day after Facebook said it had removed accounts linked to the Thai military that were using “inauthentic coordinated behaviour” to target the deep South. The Thai military has been accused of widespread human rights abuse in the deep South, which has been wracked by a separatist insurgency for the past two decades.

“We call on the Army to stop the [information] operation immediately,” iLaw manager Yingcheep Atchanont said, adding that the NGO had evidence showing the Army was using IO to target its opponents. ILaw had refrained from filing a criminal complaint to avoid accusing military officials directly, he said.

“We will submit additional evidence to Facebook and a letter to the United Nations special rapporteur,” Yingcheep added.

Meanwhile, a human rights lawyer said the Army had no authority to run such information operations outside wartime conditions, adding that the court could order the military to clarify the matter.

Facebook announced on Wednesday it had removed 185 accounts and groups engaged in military propaganda in the insurgency-hit dee South. The network comprised 77 accounts, 72 pages and 18 Instagram accounts linked to the military’s Internal Security Operations Command.

The activists read out 112 letters, symbolising Article 112 (the lese majeste law), in support of 10 protesters being held in the jail on lese majeste and other charges.

Activists also placed messages of support for the lese majeste detainees on the prison’s gate and sign.

Among the 10 protesters being held in the jail are Parit “Penguin” Chiwarak, Arnon Nampa, Somyot Phurksakasemsuk and Patiwat “Mor Lam Bank” Saraiyaem. Dozens of pro-democracy protesters have been charged with lese majeste since October last year.

Several protesters were hit by the so-called “not so lethal” rubber bullets on Sunday night. Here’s what you should know about this ammunition:

Rubber bullets are used when the aim is not to kill people.

The Prime Minister’s Office in 2015 issued a statement listing 48 weapons that can be used to control crowds, and rubber bullets was one of them.

Other weapons included in the list are tear gas, pepper spray and water cannon.

Even though they are called “rubber” bullets, they are only partially made from rubber. If shot at close range, they can cause severe injuries, shatter bones or even kill the victim. So far, 3 per cent of people hit by a rubber bullet have succumbed to their injuries, the BMJ Journal reported in 2017 citing a study on 1,984 samples.

The same study found that 15 per cent of the victims were disabled, while 80 per cent were blinded.

A new study conducted by the University of California pointed out that rubber or plastic bullets should not be used to control crowds, as they can cause severe injuries resulting in permanent disability. 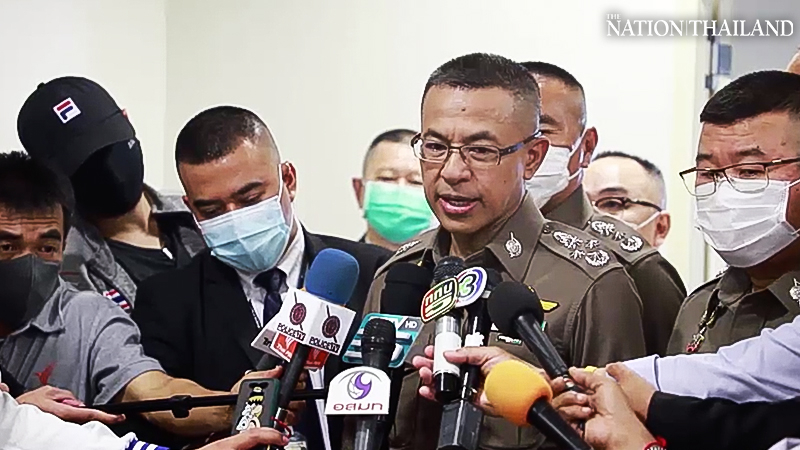 The authorities have dismissed the anti-establishment REDEM (Restart Democracy) group’s claims of police using violent measures in the crackdown on Sunday.

Things got ugly when riot police stepped in to control the crowd as it tried to make its way to Prime Minister Prayut Chan-o-cha’s Army residence in the 1st Infantry Regiment complex in Bangkok.

According to the Erawan Emergency Medical Service Centre, 32 people – 22 police officers and 10 protesters – were injured during clashes, and a police officer died from a heart attack while on duty.

National Police chief Pol General Suwat Jangyodsuk visited the injured officers before announcing the crackdown on Sunday was in line with international standards.

He admitted that though some officers were armed with stun guns, they did not use them against the protesters.

As for police officers’ refusal to answer questions about where the arrested protesters had been taken, he said officers will be instructed to provide details on the detainees.

Suwat also denied REDEM’s claim that the deputy inspector from Thammasala Police Station had suffered a heart attack because he had been made to exert himself too much during the crackdown.

The video clip of a pro-democracy protester from the REDEM (Restore Democracy) group urinating on a riot police officer’s head has created quite a furore on social media.

The clip shows a protester climbing up on a shipping container used as a barrier outside the 1st Infantry Regiment compound on Sunday night before spraying the officer below.

The protesters were trying to make their way to Prime Minister Prayut Chan-o-cha’s house in the compound to demand his resignation.

The clip recording the “pee protest” won different reactions on social media, with some saying it was “just desserts” for the police crackdown on protesters, while others said it was unacceptable.

Police cracked down on protesters on Sunday night, hitting them with water cannons, tear gas and even rubber bullets.

The Erawan Emergency Medical Service Centre reported 32 injuries, 22 of whom were police officers, while one police officer died from a heart attack in the chaos.