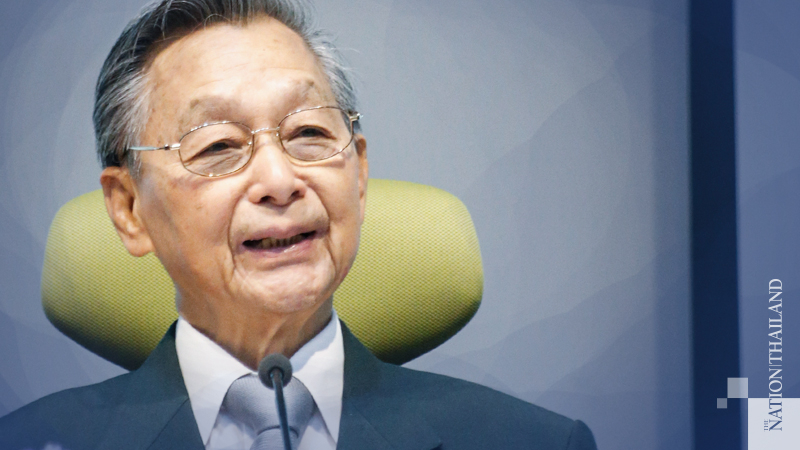 Speaker of the lower house of Parliament, Chuan Leekpai, plans to discuss on Monday with government and opposition MPs the possibility of holding an extraordinary session of Parliament to discuss the current political crisis.

Chuan’s statement comes as youth-led protesters have intensified their protests, camping in Bangkok and around the country since October 13.

Chuan said on Sunday that he had for a week prepared to convene an extraordinary session.

He said he had told the government that their MPs could sign a petition with opposition MPs. “I had informal talks with MPs from both sides and would discuss it again tomorrow,” he said.

So far he has not received any petition from MPs.

Opposition whip Suthin Klangsaeng said on Sunday that Pheu Thai Party is ready to push for a special session and urged the government MPs to also do so.

Support of one-third of the total 738-seat Parliament (488 MPs and 250 senators) is needed for an extraordinary session.

Opposition MPs total 212, so they need at least 35 votes from government MPs to convene an extraordinary session.

The government on September 24 used a tactic to delay a debate in Parliament on a draft of the Constitution for one month. The government move has now been blamed for the current political chaos.

So far, the government has not shown any signs of readiness to hold the special session, as some ministers argue that Parliament will resume normal sessions on November 1, in the next few weeks.

The government instead imposed a so-called “severe state of emergency” in Bangkok on October 15 to crack down on pro-democracy protesters.

Authorities have arrested many protest leaders. Police on Friday also used water cannons mixed with a dye to disperse the rally site packed with secondary school children and youth. The government action has been condemned by both locals and the international community. The UN High Commissioner for Human Rights was also concerned about the situation in Thailand.

More protesters have poured on Bangkok streets on Saturday and Sunday in defiance of the severe state of emergency which gives sweeping powers to the authorities to crack down. Protesters across the country are also holding rallies in their provinces.

They are demanding the resignation of PM Prayut Chan-o-cha, the release of their leaders, rewriting of the Constitution and reform of the monarchy.