What Will Boris Johnson Do Now Dominic Cummings Has Gone? 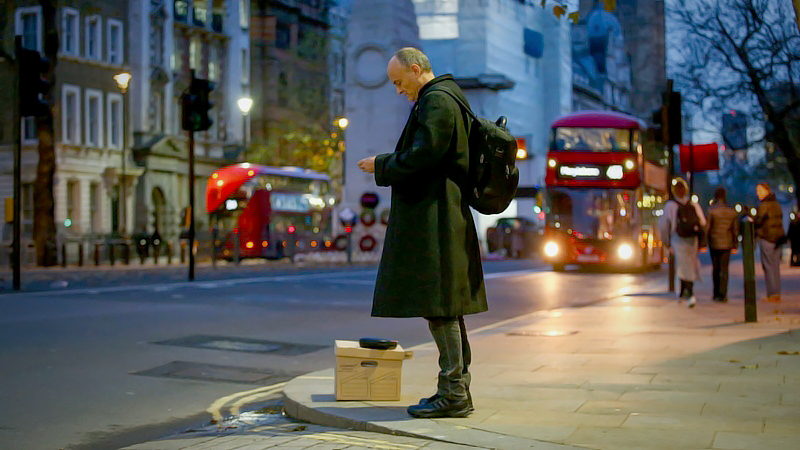 Dominic Cummings waits with a box on a London street corner after departing from 10 Downing Street on Nov. 13, 2020. MUST CREDIT: Bloomberg photo by Hollie Adams.

Boris Johnson was livid, and so was Dominic Cummings. After a series of rows that boiled down to who was really running Britain, the prime minister threw his most powerful adviser out of Downing Street on Friday.

With talks on a trade deal with the European Union on the line and the death toll from the coronavirus mounting, the resignation of Cummings marks a seismic rupture in Johnson’s inner circle at a critical time for the country.

Ministers, officials and members of parliament, who spoke privately to give their candid views, regard losing the maverick Cummings as a cause for celebration. Johnson himself knows he must reset relations with his Conservative Party and relaunch his mission to reform the U.K.

For others, the question is what will happen now to the battered government in London, and whether a newly assertive Johnson will succeed in reinventing himself again to win back a public that’s losing faith in his leadership.

After months of missteps, stumbles and damaging arguments, the premier plans to ditch the abrasive style of the Brexit-backing cabal of aides that Cummings led. Yet with that there are risks too. Even Cummings’s detractors regard him as a brilliant campaigner and someone who can bring an obsessive focus to strategy-a quality that Johnson lacks.

Cummings, 48, masterminded the 2016 Brexit vote and some ministers fear the U.K. will now lose its edge as talks with the EU reach the endgame. They worry that an already moribund administration will simply drift without the dynamic Cummings at the center. That’s as the economy recovers more slowly than any other major industrialized country, England remains in lockdown and Scotland jockeys for another vote on independence.

“Cummings brought a real strategic focus to government, an ability to see the bigger picture and to get things done,” said Nicky Morgan, who served as a cabinet minister in Johnson’s government until February. “I suspect the PM will miss Dom’s ability to get Whitehall to sit up and deliver but on the other hand he won’t miss the ever-present controversy around his work and style.”

For Johnson, relations with Cummings never fully recovered after the controversy over his 250-mile trip from London to the northeast city of Durham during lockdown when government rules required people to “stay at home” to “save lives.” He then infamously drove another 25 miles to the town of Barnard Castle to test his eyesight, an excuse that provoked dismay from the public, media and politicians of all stripes.

An angry Johnson used up political capital to keep Cummings, defying calls from within his party to fire the adviser when the news broke in May. Focus groups show voters still view the incident as toxic evidence that elitist Tories have one rule for themselves and another for ordinary people. Now ministers wonder why Johnson bothered.

“The PM felt very upset,” one of Johnson’s colleagues said. “He is very fond of Dom, but we were damaged because of it.”

Johnson’s poll ratings dived, and dozens of MPs realized their views counted for little with the premier.

That bad blood deepened resentment in the party in the months that followed over what MPs regarded as incompetence in Johnson’s team, most recently a decision to initially resist calls by an England soccer star to provide free food for the poorest children in school holidays. It also fueled rebellions over policies ranging from Brexit to lockdown rules.

Johnson already knew things had to change by the summer. He felt that the sense of permanent combat, a government fighting on multiple fronts and losing public goodwill, was failing him in office.

Campaigning is not the same as governing, and ultimately Cummings with his revolutionary zeal could not make that transition, ministers and officials said. “Cummings is brilliant at what he does, but he’s a wartime strategist and we need a strategist for peacetime,” one MP said.

Johnson now wants to refocus his administration on delivering the agenda that won him the biggest Tory majority for more than 30 years at last year’s election. That includes investing in neglected regions of the country, rebuilding the economy around green jobs and adopting a new style of leadership.

“I’m hoping this will be massive reboot and we can get back to the Boris that his supporters want to see,” one long-serving MP said. “Boris is very good at reinventing himself,” a minister added. “A lot depends on who he brings in.”

Yet the moment of change is also dangerous for Johnson. With their former Brexit campaign colleague Lee Cain, a long-serving aide to the premier, Johnson and Cummings formed the trio that took many of the most sensitive political decisions in government. Both are now gone and some Tories worry a vacuum will leave Johnson without a sense of purpose.

The catalyst for Cummings’s eventual departure was his fury at Johnson’s refusal to give their friend Cain the job of chief of staff. Johnson had discussed the idea, while Cummings and Cain pushed hard to support the move.

But their lobbying finally went too far. When Cain’s appointment was leaked to Wednesday’s newspapers-in what Johnson regarded as an attempt to bounce him into confirming it-the premier’s patience ran out. He refused to make Cain chief of staff and then the two aides decided to stand down at the end of the year.

The atmosphere worsened and on Friday, Johnson ordered them both to leave the building for good during a 45-minute showdown over their behavior.

Johnson has now named longstanding adviser Edward Lister as interim chief of staff until a permanent appointment can be made. There is speculation that former chancellor Sajid Javid, who quit in a row with Johnson in February, could even be in the running for a return. Allegra Stratton, a former television journalist, has joined Johnson’s team to reset the tone of the government’s public message. James Slack, a government official rather than Tory staffer who served previously under Theresa May, takes over from Cain as director of communications.

One Tory couldn’t hide his delight at the way the past few days have unfolded. “This is the best week of 2020-Biden wins, there was the news on the vaccine and now Cummings is going,” the MP said. “It’s time to let Boris be Boris.”