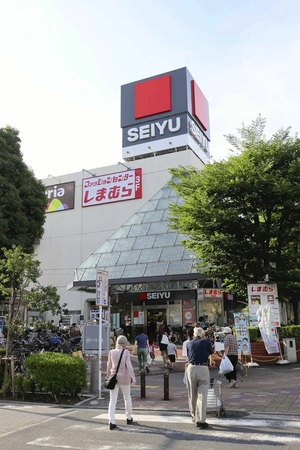 Walmart, KKR & Co. and Rakuten, Inc. announced Monday that the U.S. investment fund will take 65% of Seiyu’s shares while Rakuten will acquire 20% of the shares through a new subsidiary. Walmart will keep the remaining 15% stake.

The price of the sale was not disclosed, but the share sale values Seiyu, which operates more than 300 outlets in Japan, at ¥172.5 billion.

The companies said they hope to strengthen Seiyu’s digital strategy through the alliance.

While keeping Seiyu’s focus on its strength in selling goods at low prices, the companies are expected to improve the chain’s e-commerce amid growing demand for online grocery shopping during the novel coronavirus pandemic. They also want to facilitate the introduction of cashless payment systems.

KKR is expected to bring to Seiyu its accumulated expertise on investing in and reviving retailers around the world.

Seiyu’s new board members will be selected by the three companies to speed up decision-making in Japan.

Seiyu’s stock was delisted in 2008 when it became Walmart’s wholly owned subsidiary.

Walmart had once considered selling Seiyu because of its slack business performance, but then said in 2019 it hoped to relist Seiyu, adopting a policy to maintain the Japan business for the time being.