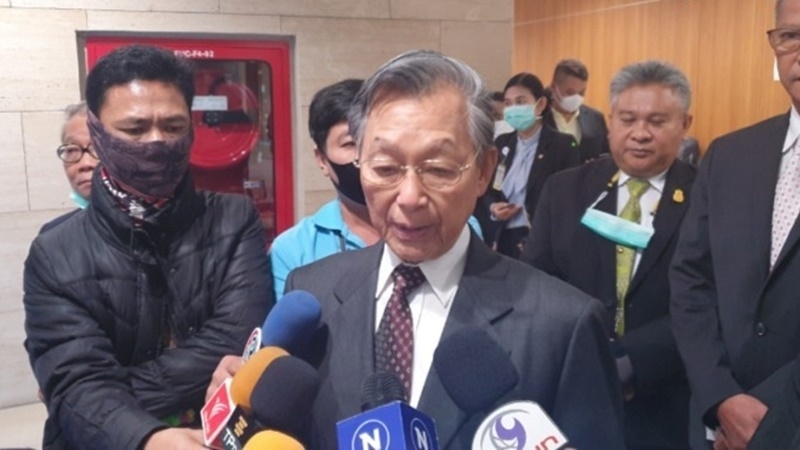 House Speaker Chuan Leekpai said on Wednesday morning that a Parliament meeting today would feature voting on amended constitution drafts as proposed by both the ruling coalition and the opposition.

“The voting procedure will comply with the rules and regulations of the Parliament meeting. Each member will be called by name and will cast their vote on each of the drafts,” he said.

“I would like to ask all members to avoid announcing his/her name after it is called, or add any phrase to their vote [such as ‘I wholeheartedly approve the draft’], in order to save time.”

When asked about the possibility of a repeat of incidents in previous meetings, when some MPs and senators left early, Chuan said: “The voting today and at previous meetings are separate incidents. We decided to vote today instead of yesterday night as members previously agreed not to vote at night, and some of the parties have yet to submit their lists of participating members.”

When asked what would happen if the public draft of an amended constitution proposed by human rights watchdog iLaw was not approved in principle by Parliament today, Chuan said: “The draft will then be considered rejected and cannot be proposed again in this session of meeting. However, it can be proposed again in the next session.”

In order to be approved in principle, a draft will require at least one third of the senators’ okays, or 84 senators.

Related Story: A guide to the 7 charter motions before Parliament this week