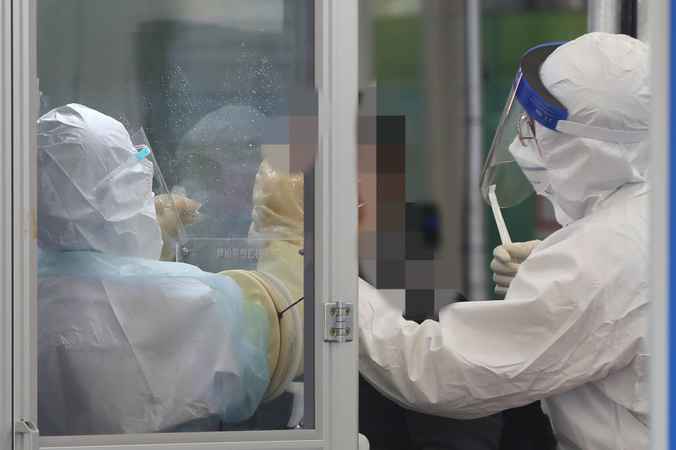 By Ock Hyun-ju
The Korea Herald/ANN

Social distancing rules to be raised to Level 1.5 in Seoul, Gyeonggi Province

The government said Tuesday it is in the last stage of negotiations to purchase COVID-19 vaccines, including those being developed by Pfizer and Moderna.

“There are about 10 vaccine candidates in Phase 3 trials. Excluding those lacking data or information about the clinical trials, there are about five vaccines we can purchase,” Kwon Jun-wook, deputy director of the Korea Disease Control Agency CA’s deputy director, refusing to elaborate on details of the deals.

He said the government is seeking to secure the vaccines through the World Health Organization-led global vaccine alliance, COVAX Facility, as well as through independent deals with five global pharmaceutical companies.

His comments came after the US biotech firm Moderna reported a 94.5 percent efficacy of its coronavirus vaccine currently under Phase 3 clinical trial. Last week, global pharmaceutical giant Pfizer and its German partner BioNTech also said the vaccine they are jointly developing is 90 percent effective.

South Korean authorities are racing to secure vaccines as coronavirus cases continue to spike ahead of winter. The country reported 230 new coronavirus cases — 202 locally transmitted and 28 imported from overseas — in the 24 hours ending Monday at midnight, according to the KCDA.

An overview of the government’s vaccine contracts and volume of the vaccines secured could be made public in late November or early December, he said.

Kwon said the government aims to complete vaccinating members of the general public before the flu season in late fall next year.

The country is grappling with clusters of infections continue to be reported in connection with everyday spaces such as cafes, restaurants, workplaces and indoor sports facilities, as well as hospitals and nursing homes.

Tougher social distancing rules – Level 1.5 — are to be in place, effective Thursday, in the Seoul metropolitan area, home to half of the country’s population. The upgrade is to go into effect Monday in Incheon, with some counties to remain under the Level 1 distancing.

“It is important to reverse the upward trend before we have to raise the distancing level to Level 2, which could have a big impact on people’s lives,” Health and Welfare Minister Park Neung-hoo said at a briefing Tuesday. “It also aims to create a safe environment for students taking the national college entrance exam in two weeks.”

About 493,000 students are expected to sit the annual exam scheduled to take place on Dec. 3.

Under Level 1.5 rules in the country’s five-tier social distancing system, gatherings of more than 100 people are banned at rallies, festivals and academic events. Only one person is allowed per 4 square meters at indoor facilities such as nightclubs, bars, public saunas and private cram schools. In restaurants and cafes, people should keep a distance of 1 meter from each other, every other table or seat should remain empty or dividers should be installed. Only two-thirds of students are allowed in classrooms and no more than 30 percent of the seats can be filled during religious services.

In Gangwon Province, the municipality is to adjust distancing rules at individual city and district levels depending on circumstances there.

Of Tuesday’s locally transmitted cases, the majority were in Greater Seoul — 87 in Seoul, 38 in Gyeonggi Province, which surrounds the capital, and 12 in Incheon. Eighteen cases were reported in Gwangju, 16 in South Jeolla Province and 13 in Gangwon Province.

The proportion of cases with unknown transmission routes has increased to 13.8 percent for the past two weeks, according to the KDCA.

The steady influx of imported cases also remains a concern.

Out of the 28 imported cases, eight cases were detected at the border, while the other 20 cases were identified while the individuals were under mandatory self-quarantine in Korea. Fourteen cases were from elsewhere in Asia, 11 came from the United States, one was from Mexico, one was from Ukraine and one came from Sweden. Twenty of those cases involved foreign nationals.

The number of COVID-19 patients in serious or critical condition here was 60.

The death toll stayed unchanged at 494, with the overall fatality rate at 1.7 percent.

So far, of the 28,998 people confirmed to have contracted the new coronavirus here, 25,860 have been released from quarantine upon making full recoveries, up 101 from a day earlier. Some 2,644 people are receiving medical treatment under quarantine.