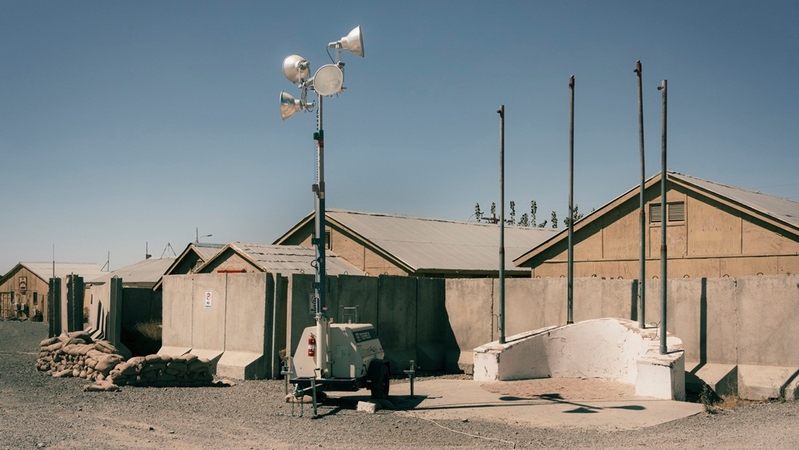 Forward Operating Base Lightning, a U.S. Army base in eastern Afghanistan, has been abandoned. MUST CREDIT: Photo by Lorenzo Tugnoli for The Washington Post.

The U.S. military will halve the number of troops it has in Afghanistan within the next two months and cut a smaller number in Iraq, Pentagon officials said Tuesday, as President Donald Trump seeks to move closer to keeping a four-year-old campaign promise despite concerns that the decision in Afghanistan could undermine negotiations with the Taliban.

Acting defense secretary Christopher Miller announced the plan in a speech at the Pentagon, eight days after he took over for fired Defense Secretary Mark Esper, who submitted a classified memo to the White House recommending that the conditions on the ground in Afghanistan did not warrant such reductions.

Miller said the U.S. military will carry out Trump’s orders in both countries by Jan. 15, with the numbers reduced from about 5,000 to 2,500 in Afghanistan and from about 3,000 to 2,500 in Iraq. He took no questions from reporters but said he was celebrating the decision.

“We owe this moment to the many patriots who made the ultimate sacrifice and our comrades who carry forward their legacy,” Miller said. “Together, we have mourned the loss of more than 6,900 American troops who gave their lives in Afghanistan and Iraq, and we will never forget the more than 52,000 who bear the wounds of war, and all those who still carry its scars – visible and invisible.”

The decision in Afghanistan comes about nine months after the Trump administration and the Taliban reached a deal that will remove all U.S. troops there by next May if certain conditions are met.

Senior U.S. military officials have raised concerns about the Taliban’s commitment to meeting the terms of the deal, citing a spike in violence against Afghans since the agreement was signed and ongoing questions about whether the militant group will break with al-Qaida.

Miller said the troops cuts are consistent with the administration’s established plans and strategic objectives, and based on continuous conversations with national security advisers in his Cabinet.

During his remarks, Miller did not mention Esper’s dissent but said he had spoken with military commanders in recent days, “and we will all execute this repositioning in a way that protects our fighting men and women, our partners in the intelligence community, our diplomatic corps, and our superb allies.”