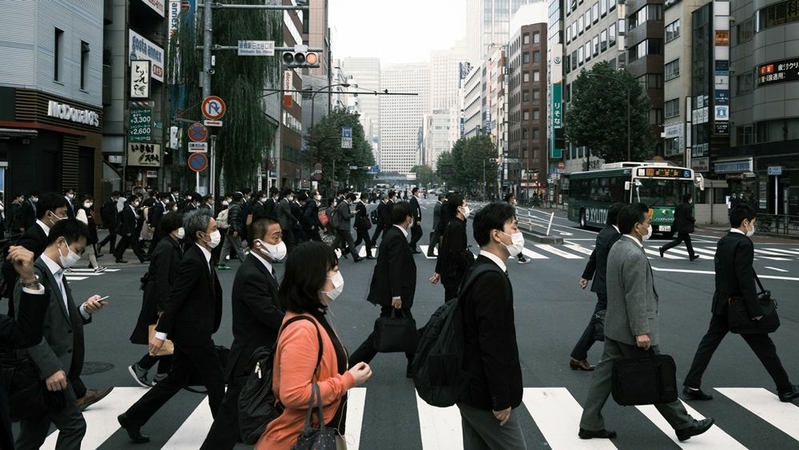 Tokyo raised its covid-19 alert to the highest of four levels, as daily infections in the Japanese capital increased by more than 500 for the first time amid a resurgence of the pathogen across the country.

The Tokyo government didn’t introduce any restrictions in a press conference Thursday, but urged individuals to be more cautious. Governor Yuriko Koike said residents should focus on things such as wearing masks and using disinfectant, and should gather only in small groups for short periods of time.

The government lacks the legal means for a harsh lockdown, but has shown it can keep the virus under control without one. In addition, officials want to avoid heavy restrictions as they try to get the country’s recessionary economy back on track.

“Even without the virus spread, we were expecting the economy to struggle after a rebound, so this is shaping up to be a double blow,” said Yuichi Kodama, an economist at Meiji Yasuda Research Institute. He added that more than 20 trillion yen ($192 billion) may be needed for a third extra budget, depending on how the situation develops.

The city on Thursday reported 534 cases, a new high after the previous day’s tally of 493 overtook a record set in August. The nationwide total also set a daily record — 2,259, according to TBS — as prefectures including Osaka, Aichi and Hokkaido posted their highest number of infections.

The increase comes as the virus is surging globally with the onset of colder weather in the northern parts of the world. While Japan’s numbers are low compared with other countries, the increase is a reminder that, in the absence of an effective vaccine, even the most successful countries at containing the virus are vulnerable to resurgences.

Japanese officials have stressed that hospital capacity isn’t under any strain. Koike said Thursday that avoiding serious cases is the biggest priority.

Tokyo had lowered the alert from its highest level in September, prompting the city to end voluntary restrictions on operating hours for bars and restaurants.

With cases climbing again, a debate has emerged over generous government subsidies for travel and eating out as part of a Go To campaign to support businesses, which some have blamed for fueling the latest wave. Chief Cabinet Secretary Katsunobu Kato said Wednesday that the central government had received no request from Tokyo to be removed from areas eligible for subsidies. He added there was no need to refrain from travel between prefectures across the board.

“The Go To campaign was meant to be one of the main pillars, but if this becomes difficult they may have to add different measures to support the economy and people’s livelihoods,” Kodama said.

The higher alert level was implemented days after International Olympic Committee chief Thomas Bach told reporters in Tokyo he was confident that next year’s Olympics could safely be held with spectators present.