Nuclear power pushed to back burner in U.K. (nationthailand.com)

Nuclear power pushed to back burner in U.K. 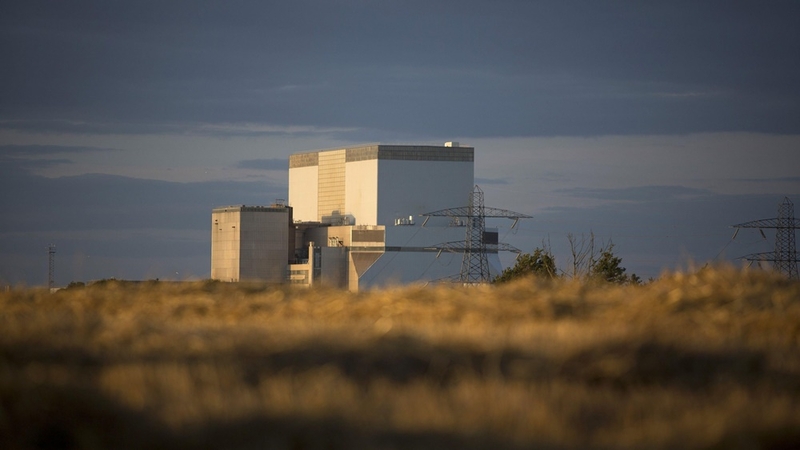 Britain’s ambition to renew its aging fleet of nuclear power plants is losing momentum after the government offered few new details on how it will support additional projects.

The government’s latest thinking on how to replace its aging fleet of nuclear plants marks a dramatic shift from 2013, when David Cameron agreed to funding for new reactors at the Hinkley Point site with support from China. Since then, relations with China have deteriorated, electricity demand slumped and renewables such as wind and solar farms became much cheaper than new atomic plants.

“Large scale reactors are running into problems with delays, and developers pulling out,” said Rob Gross, director of the U.K. Energy Research Center. “By contrast, small modular reactors are new and exciting, with a leading role for British firms.”

That left an uncertain outlook for 20 billion pound Sizewell C nuclear project in eastern England that EDF is hoping to develop. That would replace units set to retire in 2035, when the last of the existing fleet of atomic plants in the U.K. will close. Including the Hinkley Point B that EDF said will close in 2022, four major plants will close in the next four years. The only project set to come online is Hinkley Point C in 2025.

For more than a year, the government has been promising an energy white paper that may set out a future funding model for nuclear power plants. That document is now due next month, delayed as ministers debate how to balance the energy industry’s needs with strains on the budget from covid-19 and the worst economic recession in decades.

The problem for nuclear power is its cost and time scale. Each project can cost 20 billion pounds or more and take a decade to deliver. Wind farms need a fraction of that money and can come together in less than five years. And while the cost of renewables is falling, nuclear power is becoming more expensive, with EDF reporting cost overruns and delays both at its Hinkley Point C project and one in France.

EDF is the only remaining nuclear developer with a major project underway. The French utility wants to build additional units in eastern England in a project dubbed Sizewell C. But it has made it clear it can’t shoulder alone the risks and investment needed. The government has suggested it may take an equity stake in Sizewell. The white paper may deliver a verdict on whether it might adopt the Regulated Asset Base model that has been used to with other major infrastructure projects.

For Hinkley Point C now under construction in western England, China General Nuclear Power Corp. took a one-third stake in the project. The government agreeing to pay a subsidy of 92.50 pounds for every megawatt-hour of electricity the plant produces for 35 years. The price would drop to 89.50 pounds if a station using the same technology goes ahead at Sizewell C.

That deal left EDF and its partners with all the risks involved with building the plant and taxpayers owing nothing until the facility begins generating electricity. However, the deal is looking like a bad value for consumers, since the wholesale price of electricity at the moment is about half of what EDF will earn.

The two key uncertainties that remain are “whether refinancing on a RAB model can bring down costs and unblock development of conventional reactors, and how long it will take before SMRs are market ready,” Gross said.

Up to now, the thinking had been that the U.K. would build one more large scale nuclear plant. That was the advice to government of a National Infrastructure Commission paper in 2018. All other projects on the drawing board have fallen by the wayside since then.

Hitachi exited a long-planned U.K. nuclear power project in September after turning down the most generous support package the government had ever offered.

Nuclear power supporters note reactors feed a constant stream of electricity without climate-damaging fossil fuel pollution. It’s part of the government’s roadmap on how it will meet targets for reaching net-zero emissions by 2050.

“Only with robust financial commitments — potentially including public equity stakes — can the government overcome the challenges which have undermined U.K. nuclear capacity development over the past decade,” said Andrew Leming, researcher at the research group Bright Blue.