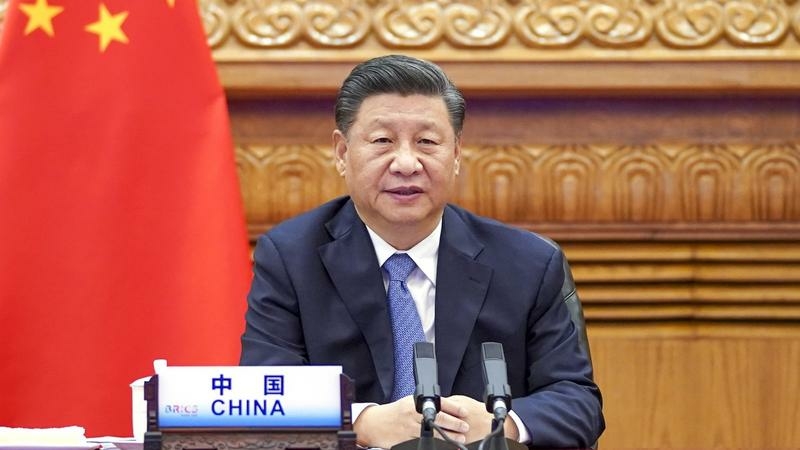 BEIJING- Chinese President Xi Jinping on Friday said the country welcomes the signing of the Regional Comprehensive Economic Partnership (RCEP) agreement and will give positive consideration to the idea of joining the Comprehensive and Progressive Agreement for Trans-Pacific Partnership (CPTPP).

Xi made the remarks while delivering a speech at the 27th Asia-Pacific Economic Cooperation Economic Leaders’ Meeting via video link in Beijing on Friday.

China highly values the role of the Asia-Pacific Economic Cooperation (APEC) and will continue to support the development of the organization, Xi said.

China is willing to work with other Asia-Pacific economies to create and share the region’s peaceful, prosperous and bright future, and march toward the target of building a community with a shared future for mankind, Xi said.

He said APEC cooperation has advanced continuously over the past three decades, and the Asia-Pacific has the most robust and dynamic economy among all regions of the world.

The Asia-Pacific economic cooperation has never been zero-sum or you-lose-I-win political games, but a development platform for mutual support, mutual benefits and win-win results, he said.

The Asia-Pacific region should take the lead and help make economic globalization more open, inclusive and balanced so that its benefits are shared by all, Xi said.

China supports APEC in strengthening policy exchange and capacity building in areas including public health and medium, small and micro-sized enterprises so as to facilitate joint fight against COVID-19 and economic recovery.

China will also host a seminar on poverty reduction through digital technologies in 2021 to facilitate poverty eradication in the Asia-Pacific region.

Xi called for unleashing the potential of digital economy to inject new impetus into economic recovery in the Asia-Pacific region. He called for efforts to fully implement the APEC internet and digital economy roadmap, promote the dissemination and application of new technologies, improve the digital infrastructure, and bridge digital divide.

A major task for the APEC this year is launching the post-2020 vision for future cooperation, and the region should move toward closer regional economic integration and build a free trade area of the Asia-Pacific at an early date, Xi said.

Xi called for efforts to continue implementing the APEC’s strategy for high-quality development and its Action Agenda on Inclusion, accommodate concerns of developing members and promote inclusive and sustainable growth.

Meanwhile, he said China is ready to work with all sides to advance high-quality Belt and Road cooperation.

On Chinese economy, Xi said the nation’s GDP grew by 0.7 percent in the first three quarters of this year, on course to register positive growth for the whole year.