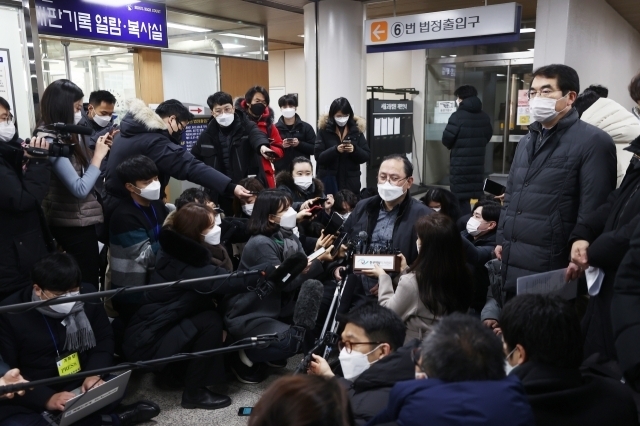 By Shin Ji-hye
The Korea Herald/ANN

For the first time in history, a Seoul court has ruled that the Japanese government is liable to pay compensation for wartime sex slavery, ordering it to give 100 million won ($91,340) to each victim.

The Seoul Central District Court said at 9:55 a.m. on Friday that “State immunity cannot be applied to crimes against humanity” in regards to the suit that 12 victims had filed against the Japanese government.

The case began when the 12 so-called comfort women, including the late Bae Choon-hee, submitted a petition for mediation to the Japanese government, seeking 100 million won per person in damages in August 2013.

After the Japanese government refused to mediate, the victims filed a suit domestically in October 2015. The court accepted their request and assigned the case to the Seoul Central District Court in January 2016.

But the trial was delayed for four years as the Japanese government refused to cooperate. In January 2020, the court decided to hold a trial after a procedure called “service by public notice,” a method of posting documents on the court’s bulletin board if the address of any party is unknown or if the documents are impossible to deliver. Bae and the others had their cases heard in a total of four trials, including the final hearing held in October last year.

When the trial began, the Japanese government argued that the lawsuit should be dismissed without appearing in court, asserting the principle of state immunity, which is an international law that says “a court of one country cannot judge another country as a litigant.”

In response, the court said on Friday, “The illegal act in this case violated international norms as a planned and organized anti-humanitarian act,” adding, “National exemptions such as state immunity do not apply to such cases.”

“The plaintiffs suffered from extreme mental and physical pain that is hard to imagine, and they did not receive an international apology,” the court said.

Despite the court’s decision, however, the Japanese government, which did not properly respond to the lawsuit, does not seem likely to pay damages.

After the court’s ruling, the victims’ attorney Kim Gang-won said, “Many reporters are asking if it’s possible to enforce (the judgment), but that part needs to be reviewed separately, so it’s hard to answer right away today.”

On Oct. 30, 2018, the Supreme Court upheld a lower court’s ruling that Nippon Steel must pay 100 million won each to four victims of forced labor in its factories when Korea was under Japanese colonial rule. On Nov. 29 of the same year, the court recognized the liability of Mitsubishi Heavy Industries for damages in a similar case filed by victims. As the companies did not respond, the court began procedures to seize their assets in Korea.

In this case, the court could seize the property of the Japanese Embassy in Korea or the assets of the Japanese Cultural Center in Korea, although this might not be easy in reality.

Kim Dae-wol, a manager at the House of Sharing, a nursing home south of Seoul for survivors of Japanese military sexual slavery, said, “The grandmothers do not place much meaning on compensation. Because they don’t have much time left to live.” The victims, known as the grandmothers to their supporters, watched Friday’s ruling at the nursing home online in real time.

“Rather than reparations, there is a greater desire for an apology and they hope that the government will inform its people of these things so that there will be no such war crimes in the future.”

The historic court ruling is expected to make the already frosty relations between the two countries even worse.

Akiba reportedly strongly protested, saying, “The Japanese government can never accept it,” and asked Nam to take appropriate measures to correct what he called a violation of international law.

Another similar lawsuit, filed by 20 victims, including the late survivor of Japanese military sexual slavery Gwak Ye-nam, seeking damages in the amount of 200 million won each, is set for a ruling on Jan. 13.