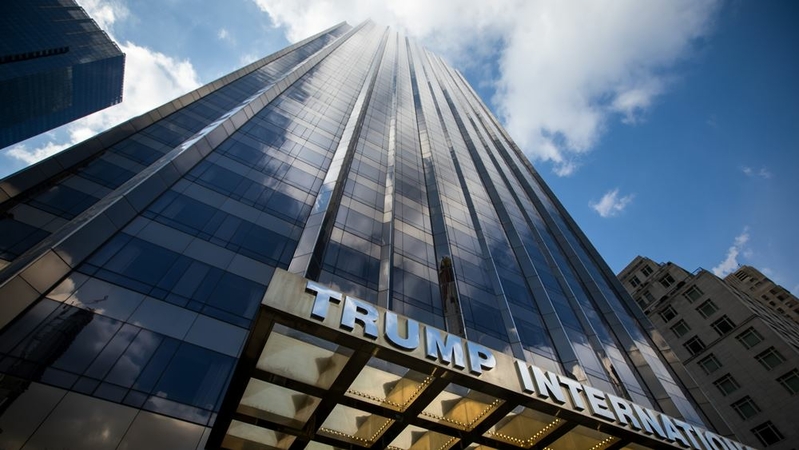 It’s right there in the first few pages of “Trump University Branding 101”: “The truth is, everything you say and do is important,” he wrote in the 2008 book’s foreword. “Actions matter.”

After egging on a mob that rioted inside the U.S. Capitol last week, the brand that’s at the heart of President Donald Trump’s career and fortune is in crisis. He is being shunned by some of the political donors who fuel him, the tech companies that amplify his voice, the banks handling his finances, the American golf industry that brings business to his clubs, and even the Canadian company behind his online stores.

It took all four years of Trump’s presidency for most of those corporate allies to turn on him. Now, they’re standing up to him when their pressure can’t change much about an administration that’s in its final days. But they do have the power to hurt his return to the business world.

“As he’s walking out of the palace gates he’s torching the kingdom, but in doing so he’s permanently damaging his own brand,” said Sally Hogshead, a branding specialist. “There’s a shame factor with being associated with the Trump brand for a larger percentage of the population than before.”

The Trump Organization didn’t immediately respond to requests for comment.

In a span of a few days, Trump has been rejected by Wall Street, Silicon Valley, and Washington. Internet giants took away his social media megaphone after his posts encouraged violence, with Twitter Inc. suspending his personal account and Facebook Inc. extending a ban indefinitely. Shopify Inc. said it shut down his e-commerce stores, impacting the Trump Organization’s official store and a campaign shop. The firm “does not tolerate actions that incite violence,” a spokeswoman said.

Some of the banks that Trump and his family have worked with for years are distancing themselves.

Deutsche Bank AG has decided to refrain from further business with Trump and his company, said a person with knowledge of the matter, asking not to be identified because the deliberations were confidential. Trump owes the Frankfurt-based lender more than $300 million.

Signature Bank, the New York lender where Ivanka Trump once served on the board, said it’s cutting ties while it presses for his resignation. Signature is closing two personal accounts in which Trump held about $5.3 million, said a spokesperson for the firm. The New York Times reported the bank’s moves earlier on Monday.

Finance firms more broadly say they’ll use the power of their campaign donations to condemn the politicians whose attempt to overturn the November presidential election spurred last week’s riot. In Washington, House lawmakers are on course to try to make Trump the only president in U.S. history to be impeached twice.

Even Trump’s favorite elite bastion is taking its business from him. The PGA of America said its board voted to end an agreement to host next year’s PGA Championship at a golf course owned by Trump in New Jersey.

“It’s become clear that conducting the PGA championship at Trump Bedminster would be detrimental to the PGA of America brand,” Jim Richerson, PGA of America’s president, said in a video message. When Trump announced his presidency with a speech that said Mexican immigrants include rapists, the PGA decided not to hold its 2015 Grand Slam of Golf at Trump National in Los Angeles.

Trump’s business future isn’t bright, according to Carly Fiorina, the former CEO of Hewlett-Packard Co. who ran against Trump in the 2016 primaries.

“His brand is toxic,” Fiorina said Monday on Bloomberg Television. “That will have real consequences for his businesses, even as perhaps he continues to have support from some in the Republican Party and some in the nation.”

Even so, Trump’s career is a story of stormy falls and improbable rebounds — and his brand may be stronger than ever among the fervent fans he drew to the Capitol. Supporters said there would still be lucrative opportunities for him in right-wing media, including a possible role at a news channel, his own media venture or a book deal. Simon & Schuster has already moved to distance itself from one backer of election-fraud claims, canceling plans to publish a book by Sen. Josh Hawley, R-Mo.

“I’ll be the first to admit it’s not always easy,” Trump wrote in the university’s 2008 book on branding. Eight years later, just before moving into the White House, he agreed to pay $25 million to settle claims that the defunct school cheated thousands of students.

Rebecca Horan, a brand strategist, said it’s hard to imagine Trump’s brand “coming back from treasonous actions.” She added a caveat: “History shows us that we have short memories.”