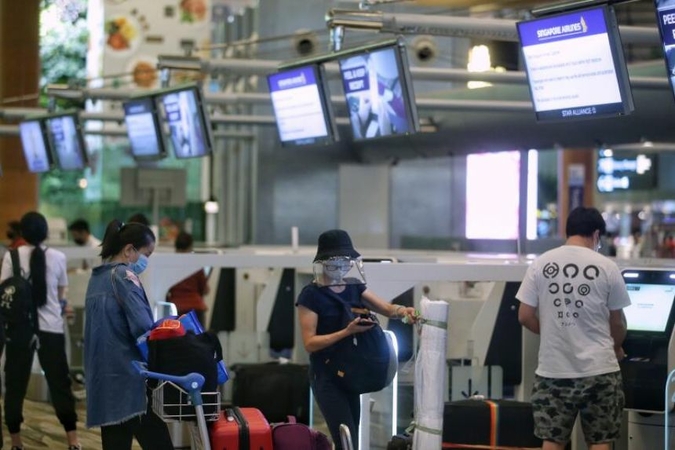 By Ven Sreenivasan
The Straits Times/ANN

SINGAPORE – Despite widespread expectations of a gradual recovery, the global air travel has stalled amid border clampdowns by governments more concerned about the spread of Covid-19 than the health of their economies.

Chief executive officer and director general of the International Air Transport Association (Iata) Alexandre de Juniac lamented that international and domestic air travel numbers have flattened out through November last year due to the absence of a balanced approach to tackling cross-border travel. And the outlook for the first quarter of this year looks dismal.

“While we still see airlines turning cash positive within the year, the near-term picture is bleak,” he said at a press conference in Geneva on Tuesday evening (Jan 12).

“Instead of a boost from the year-end holiday period, we got even more restrictions. Governments tightened borders in a knee-jerk response to a virus mutation. Canada, UK, Germany, Japan and others added testing to their Covid-19 measures without removing quarantine requirements.”

“Airlines bring this same serious approach to safety to everything that we do – including Covid-19,” Mr de Juniac said. “And that is one of the reasons why the slow pace of progress in the crisis is so frustrating. We are working tirelessly with governments to keep flying safe and reduce the risk of Covid-19 importation via travel with the implementation of the ICAO Council Aviation Recovery Taskforce recommendations and proposals to replace quarantine with Covid-19 testing. The industry’s situation is still perilous.”

Indeed, the numbers show that the recovery in air travel which began in late May-early June stalled by November last year.

Total demand (measured in revenue passenger kilometres or RPKs) was down 70.3 per cent in November year on year, and was virtually unchanged from the 70.6 per cent year-on-year decline in October.

International passenger demand in November was 88.3 per cent down year on year, and slightly worse than the 87.6 per cent year-on-year decline in October. Recovery in domestic demand, which had been the relative bright spot, also stalled, with November traffic down 41 per cent compared to the prior year, and flat from October.

Asia-Pacific carriers fared the worst, with November traffic plunging 95 per cent from a year earlier, and flattening out from October.

Iata’s data also show weak forward bookings into the first quarter of this year, with bookings down more than 80 per cent year on year in February/March.

All this comes as Covid-19 cases around the world have soared in recent months, with Europe and the United States faring the worst. In Europe, there have been 91.6 million cases, and almost two million deaths. There are almost 23 million cases in the US, with death toll reaching almost 382,000.

Mr de Juniac blasted governments for not taking a balanced approach: “They appear to be aiming for a zero-Covid world. This is an impossible task that comes with severe consequences – the full extent of which it would be impossible to calculate.”

He said that if governments stuck to this approach, travel and tourism will not recover; jobs will continue to disappear; and the toll on mental health will continue to grow, particularly on those who are separated from loved ones.

“Science tells us that travellers will not be a significant factor in community transmission if testing is used effectively. But most governments have tunnel-vision on quarantine and are not at all focused on finding ways to safely reopen borders – or alleviate the self-imposed economic and mental health hardships of the lockdowns.”

He called for consistent, well-reasoned and scientifically supported policies to manage the risks of Covid-19 and travel.