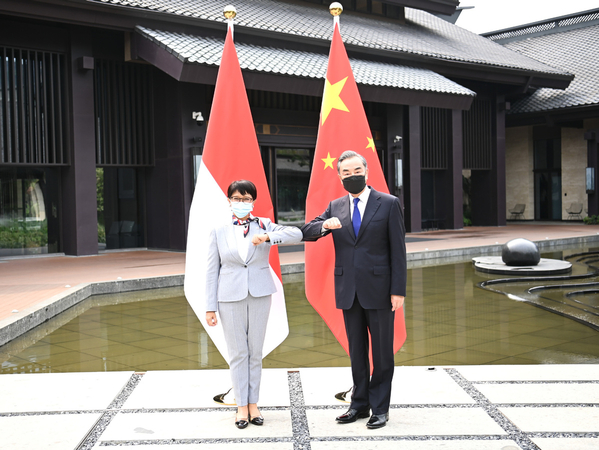 China has expressed its support for Indonesia’s proposal to hold a special meeting of the leaders of all 10 members of the Association of Southeast Asian Nations to discuss ending the chaos and bloodshed in Myanmar.

China and Indonesia agreed to encourage all parties in Myanmar to seek a political settlement within the ASEAN framework, according to State Councilor and Foreign Minister Wang Yi’s meeting with visiting Indonesian Foreign Minister Retno L. P. Marsudi on Friday.

The two sides also agreed that intervention in Myanmar’s internal affairs should be avoided.

The Myanmar situation has been high on the agenda as Wang is in Fujian province hosting the visiting foreign ministers of Singapore, Malaysia, Indonesia and the Philippines for a series of one-on-one meetings starting from Wednesday.

The United Nations Security Council expressed deep concern late on Thursday over the rapidly deteriorating situation and strongly condemned the use of violence in Myanmar.

Wang said it is hoped that relevant parties in Myanmar would act based on the long-term interests of the country and initiate dialogue and consultation as soon as possible.

The rift there should be healed under Myanmar’s constitutional and legal framework, and the hard-won democratic transformation process should be constantly advanced, he added.

She expressed Beijing’s objection to meddling in the situation as well as arbitrary pressure.

China hopes that all parties in Myanmar can exercise restraint, prevent the situation from spiraling out of control and cool down the situation, Hua added.

In addition to the Myanmar situation, China and Indonesia agreed on Friday that they should work together to champion the justified rights and interests of developing countries and advance global peace, stability and prosperity.

Both sides highlighted a shared commitment to further collaboration in the fight against COVID-19, and for vaccination, advancing major projects and revitalizing the region’s economy.

The Indonesian minister said she appreciated China’s support and that her country supports China’s hosting of the Boao Forum for Asia.

As both nations are major developing countries and leading emerging economies, the two sides’ timely strategic contacts and win-win cooperation are conducive not only to themselves, but also to the region and the world, Wang said.