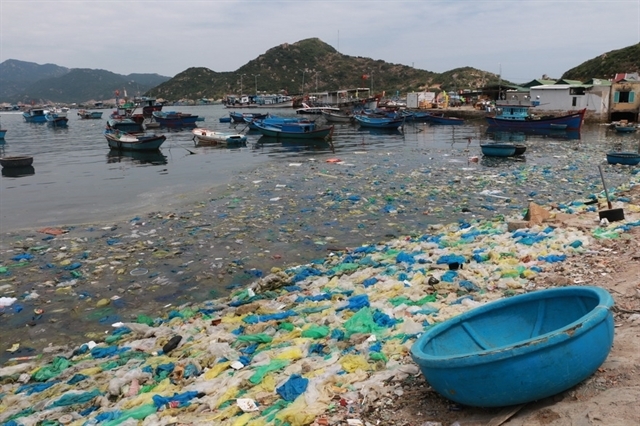 At the event, they discussed the holding of a Ministerial Conference set for September to reach a global strategy to end marine litter and plastic pollution, with an aim to ensuring a future with clean seas.

Tạ Đình Thi, Director General of the Việt Nam Administration of Seas and Islands (VASI) under the Ministry of Natural Resources and Environment, underlined that now is the time for countries to come together to develop a cohesive global framework – with clear milestones, stakeholder roles and responsibilities and progress indicators – to tackle transboundary marine litter and plastic pollution issues.

“Southeast Asia is in a unique position with a significant role to play here, and a new global agreement will provide the essential boost to our regional and national actions against the global plastic crisis,” he added.

Việt Nam has adopted a development strategy to promote the maritime economy in parallel with protecting maritime environment and ecosystems, specifying “Preventing, controlling and significantly mitigating marine environmental pollution; being a regional pioneer in reducing ocean plastic waste” among the country’s objectives for 2030.

She affirmed that the UNEP stood ready to support member states’ discussions towards stronger global action on single-use plastics, while urging them and other stakeholders to start the work of eliminating single-use plastics where possible.

According to the organisers, a global agreement is needed to build consensus on the threat of marine litter, in a bid to unlock funding and provide the framework and impetus for action and change at local, national, regional and international levels.

More than 120 countries have some sort of legislation in place to regulate or ban the use of single-use plastics, heard the meeting.

However, the flow of plastic into the ocean continues, and is projected to nearly triple by 2040. — VNS