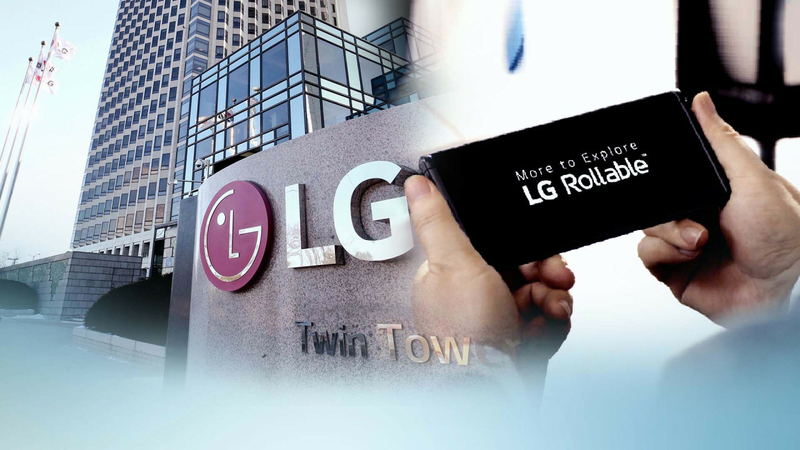 This composite image from Yonhap News TV shows an office building of LG Electronics Inc. and its rollable smartphone. (Yonhap)

LG Electronics Inc. said Monday it will withdraw from the mobile business after years of money-losing performance amid intensifying competition with bigger rivals.

The South Korean tech powerhouse said in a regulatory filing that its mobile communications (MC) unit will no longer produce and sell handsets after July 31, citing its long slump and fierce competition in the industry.

The decision came two months after the company said its MC division is open to “all possibilities” for its future operations.

LG’s mobile business has been in the red since the second quarter of 2015. Its accumulated operating losses reached 5 trillion won ($4.4 billion) last year.

LG, once the world’s third-largest handset maker, reportedly had talks with Vingroup of Vietnam and Volkswagen of Germany to sell the mobile business, but the talks fell through, according to industry insiders.

LG said its exit from the mobile business will lead to a decline in revenue for the company in the short term but will eventually improve its financial status and management efficiency in the longer period.

Analysts said that LG’s operating profit could go up by 1 trillion won this year if it withdraws from the loss-making mobile business.

LG has been striving to make a turnaround in its mobile business in recent years, shifting its smartphone production base to Vietnam while expanding outsourcing deals.

Under the project, the company released the Wing, a dual-screen smartphone with a rotating form factor, but its sales were apparently disappointing.

This year, LG was scheduled to launch a smartphone with a rollable OLED display after it teased the product at the Consumer Electronics Show (CES) 2021. However, the company reportedly scrapped the plan.

Analysts said LG’s efforts were not enough to turn the table as the company was overshadowed by Samsung Electronics Co. and Apple Inc. in the premium segment, while Chinese brands dominated the budget phone sector.

“Its strategic smartphone models like the Velvet and the Wing performed poorly and with the 5G momentum passing its peak, the company has lost ground in the premium smartphone market with little cards left to play,” said Koh Jung-woo, an analyst at NH Investment & Securities.

“Its rollable smartphone brought attention at CES and is enough to boost its technology prowess, but it is not likely to lead to meaningful sales.”

According to market researcher Counterpoint Research, LG was the world’s ninth-largest smartphone vendor with a market share of 2 percent after shipping 24.7 million smartphones last year, down 13 percent from a year earlier. (Yonhap)