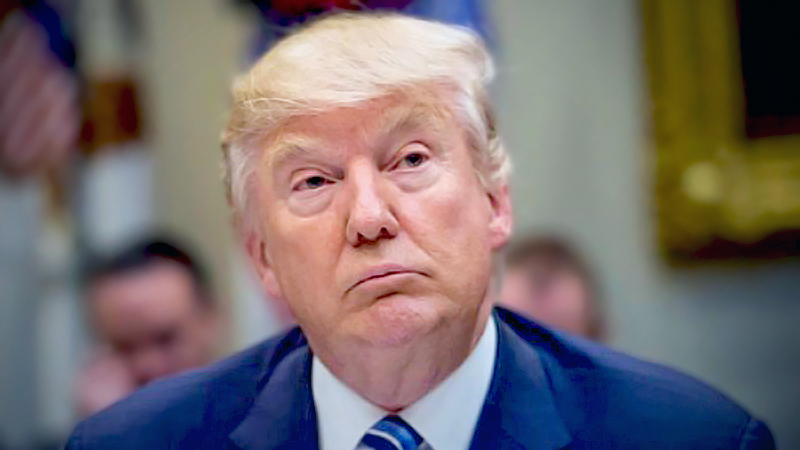 WASHINGTON – The Supreme Court on Monday vacated a lower court opinion that said President Donald Trump could not block critics from his Twitter feed, which since has been suspended by the company.

The U.S. Court of Appeals for the 2nd Circuit in New York had ruled that because the president had used the forum to regularly communicate with the public, he could not block critical individual users. The case held implications for how elected officials nationwide interact with constituents on social media.

But Trump lost reelection, and Twitter canceled his account, leading the Supreme Court to tell the lower court to vacate the judgment and dismiss the case as moot.

There were no noted dissents from the order, but Justice Clarence Thomas wrote separately to say the court at some point will need to examine the power of tech media companies.

It is “unprecedented,” Thomas wrote, to have “control of so much speech in the hands of a few private parties. We will soon have no choice but to address how our legal doctrines apply to highly concentrated, privately owned information infrastructure such as digital platforms.”

Thomas said it was true that some aspects of Trump’s account “resemble a constitutionally protected public forum.” But he said the real work for government might be to limit the ability of social media companies to remove users.

“If the aim is to ensure that speech is not smothered, then the more glaring concern must perforce be the dominant digital platforms themselves,” Thomas wrote. “As Twitter made clear, the right to cut off speech lies most powerfully in the hands of private digital platforms.”

The Justice Department had asked the Supreme Court to declare the case moot.

Because “the @realDonaldTrump account belongs to Mr. Trump personally, he will continue to have control over that account after his term of office has ended, subject to Twitter’s terms of service,” the department said in a brief. “After the inauguration, though, Mr. Trump will no longer be a party to this case, because respondents sued him only in his official capacity.”

Twitter suspended the account on Jan. 8, two days after a mob of Trump supporters stormed the U.S. Capitol in a bid to reverse his election defeat by stopping lawmakers from tallying electoral-college votes.

The organization that brought the lawsuit, the Knight First Amendment Institute at Columbia University, requested that the Supreme Court not disturb the lower court ruling, but it said the point has been made.

“This case was about a very simple principle that is foundational to our democracy: Public officials can’t bar people from public forums simply because they disagree with them,” said Jameel Jaffer, the Knight Institute’s executive director, who argued the case before the Second Circuit.

“While we would have liked the Supreme Court to leave the Second Circuit’s ruling on the books, we’re gratified that the appeals court’s reasoning has already been adopted by other courts, and we’re confident it will continue to shape the way that public officials use social media.”