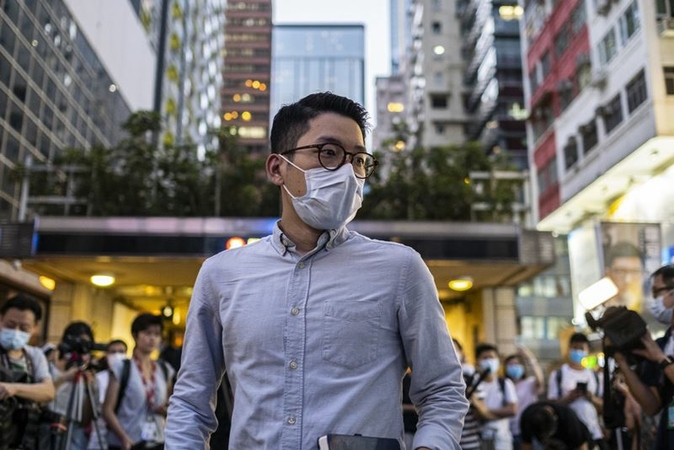 “The U.K. has a proud history of providing protection to those who need it,” Foreign Secretary Dominic Raab said on Twitter.

Law, a former elected politician in Hong Kong, fled to London last year after China introduced its National Security Law, which brought unprecedented restrictions to a city accustomed to regular protests and a free media. He faces arrest under the legislation if he returns.

“It means a lot to me because I can reside outside Hong Kong, free from direct political persecution and continue my advocacy work,” Law said in an interview. He urged the U.K. government to help more activists who have a lower profile and are in a “more difficult situation when applying for asylum.”

China on Thursday accused the U.K. of sheltering “wanted criminals” by giving asylum to Law. Beijing says its security law is designed to bring Hong Kong into line with mainland China and clamp down on sedition and terrorism.

When the legislation was introduced, the U.K. responded by offering a path to British citizenship for eligible Hong Kongers — separate to the political asylum given to Law. That triggered a row with Beijing, which has repeatedly accused Prime Minister Boris Johnson’s government of interfering in its affairs.

The U.K. expects hundreds of thousands to take up the new British National (Overseas) visa. In the three months to March, 27,000 people had applied.

On Thursday, the government said it will spend 43 million pounds ($59 million) to help the settlement and assimilation of Hong Kongers arriving under the new system. The money will fund 12 welcome hubs to help people access housing, education and employment. Schools will also receive resources to teach pupils about the U.K.’s historic connections to Hong Kong.

The U.K. government has faced criticism that it has been too slow to set out help for people arriving from Hong Kong.

“This program will ensure British National (Overseas) status holders and their families have the very best start as soon as they arrive, and support to help them find a home, schools for their children, opportunity and prosperity,” Communities Secretary Robert Jenrick said in an emailed statement.