The Indian government on Wednesday sent a C-17 aircraft to Bangkok to pick up oxygen tanks for the sake of its Covid-19 patients.

This is the second time this week that India has sent an aircraft to pick up oxygen tanks. The first was on Monday.

The Covid-19 crisis in India is severe, with the public health system unable to cope with the rising number of cases. 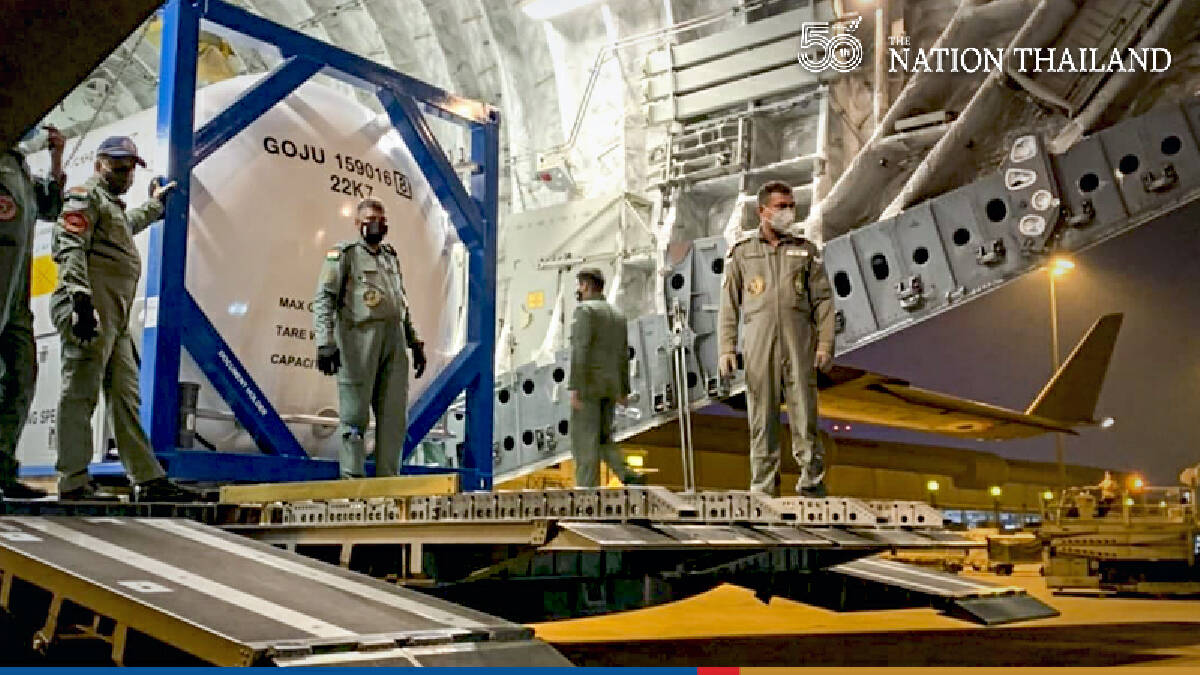