The Ruamkatanyu Rescue Foundation was called on Friday to pick up the body of a man who had died in his house on Thepaharak Road in Samut Prakan’s Phraeksa area the night before, a source said.

Neighbours told rescuers that a family of four lived in the house – two brothers and their elderly parents.

“The eldest son works at a pub in Bangkok’s Thonglor area and had been infected with Covid-19 earlier. He had been taken to hospital for treatment,” said neighbour Anant (last name withheld).

“However, no public health officers visited the house to test and treat the rest of the family.

“On April 27, the bedridden 70-year-old father died from an unknown cause, and three days later the younger son also died,” Anant added.

“The neighbours believe both died of Covid-19 and the mother, who is about 65, is also infected.” 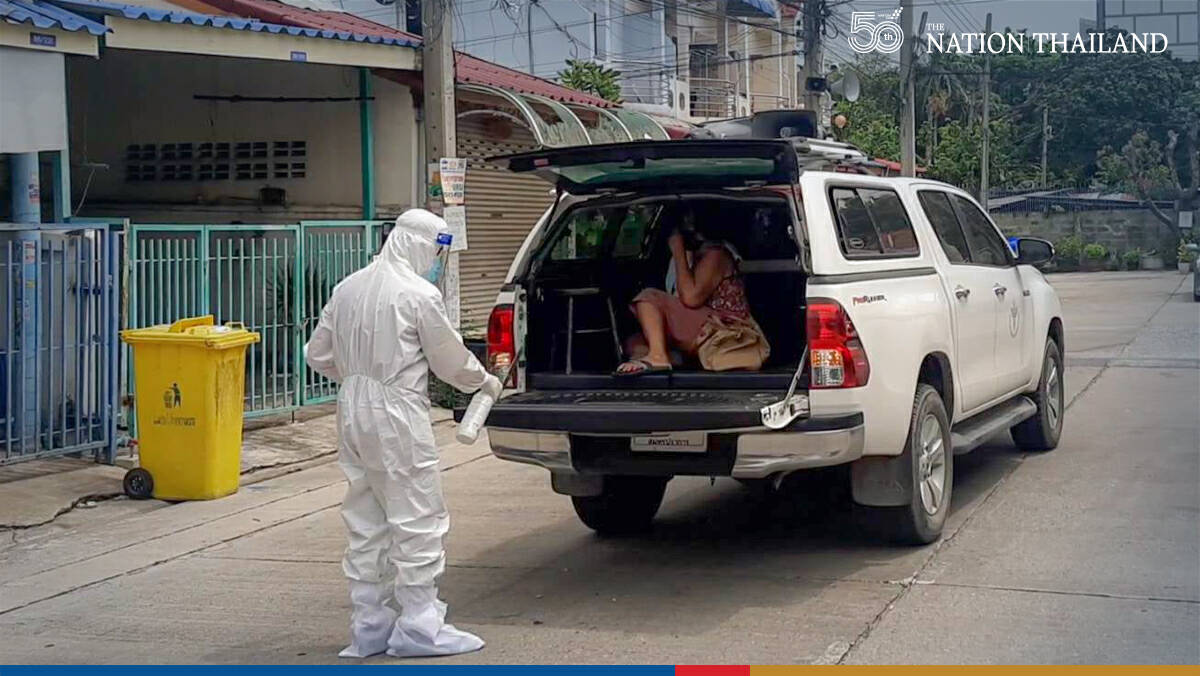 The body has been delivered to the Thepharak District Hospital for an autopsy, and the mother was also taken there for testing and subsequent treatment. The house and its immediate vicinity have been sealed off and will be disinfected.