Constant development to make UCS on par with other health schemes

The Civil Servant Medical Benefit Scheme (CSMBS) is always seen by many people as a benchmark for future improvements in the Universal Coverage Scheme (UCS), despite their differences in several aspects.

One privilege that has long been being enjoyed by the people receiving healthcare services under the CSMBS is freedom of choice when choosing a hospital at where they seek services.

Patients under the UCS had never before been offered the right to freely choose a hospital of their choice as do their CSMBS counterparts, until recently when the UCS has adopted a revamp in response to Deputy Prime Minister and Public Health Minister Anutin Charnvirakul’s new policy.

Mr Anutin, in his capacity as the chairman of the National Health Security Board, expects the UCS to keep improving until it more or less becomes on par with the CSMBS and the Social Security Scheme.

He has at this point expected the UCS to achieve in four areas of improvement, namely improve freedom of choice in choosing primary care units, stop using paper-based referral documents, offer more choices of cancer-treating hospitals and allow patients to instantly change their primary healthcare providers when they need to and without having to wait for 15 days as in the past.

After being piloted in Bangkok, also known as Area Health Region 13, on Nov 1 last year, a plan to offer UCS patients freedom in choosing primary care units has earlier this year been expanded to cover all four health regions in the Northeast, namely Area Health Region 7, 8 9 and 10.

A total of 623 million baht in budget has been approved to fund this expanded pilot project in these Northeastern provinces, said Dr Jadej Thammatac-haree, secretary-general of the NHSO.

And with all these health regions taking part in the primary care unit freedom of choice programme, the National Health Security Office (NHSO) and the Ministry of Public Health have in April agreed to jointly develop a single claim system for these health regions and all others to use when submitting claims for healthcare cost reimbursements under the UCS, he said. 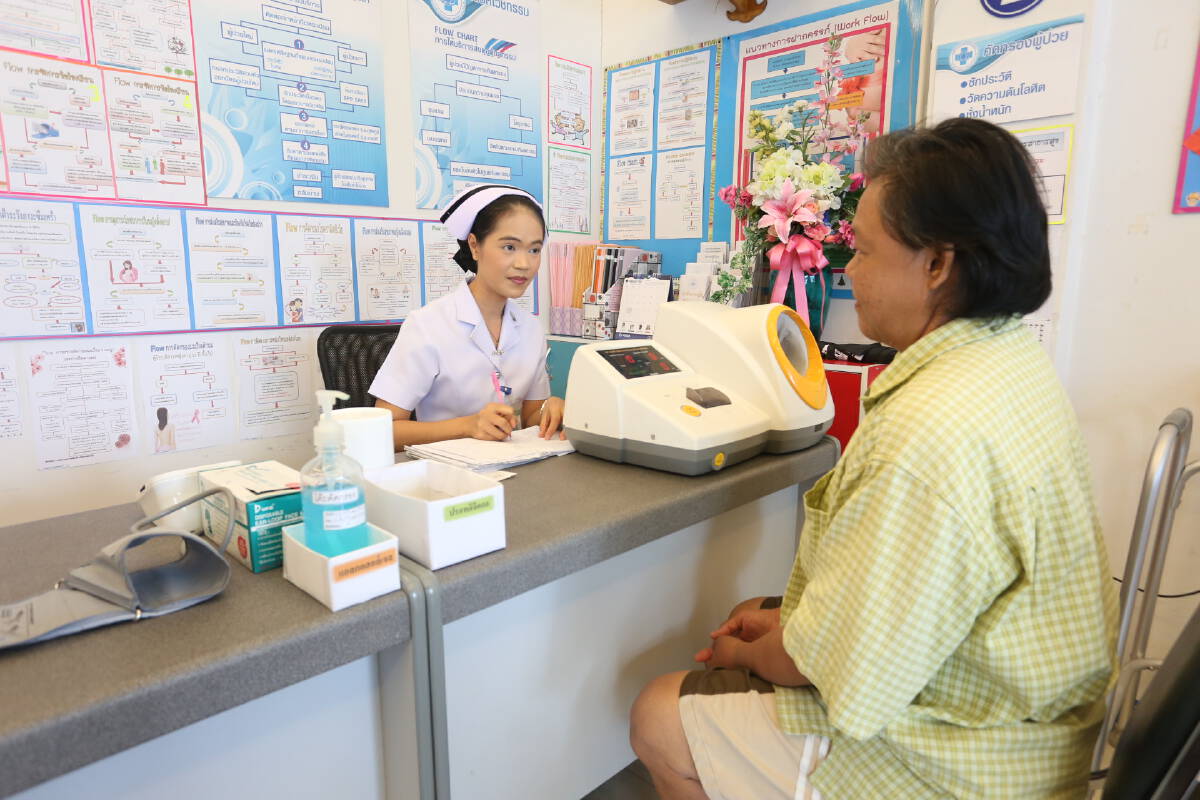 Constant development to make UCS on par with other health schemesPrior to its implementation of this new policy, Area Health Region 8 had learned from Nakhon Ratchasima and adopted the province’s cloud computing technology-based hospital referral system and further developed it into its own system called “R8 Anywhere”.

A beta version of the paperless referral system was then tested at all hospitals in the Area Health Region 8 to garner feedback on it, which was important for the work of fine-tuning the system to as much as possible meet all users’ needs.

And one week before the launch of this project, all hospitals and other healthcare facilities in these seven provinces were well connected via the R8 Anywhere system, said Dr Poramet.

The same R8 Anywhere system already allows UCS patients from any of its primary care units to more freely choose to receive treatment at hospitals capable of treating cancer as well, even though this part of the project has yet to be officially announced, said Dr Poramet.

Because of its strength in IT system development and good teamwork and unity, the Area Health Region 8 required only about a month in preparing to implement this project, he said.

And with sufficient budget allocated by the NHSO to fund the project’s implementation in this health region, all hospitals here are assured they won’t encounter losses as a result of participating in this UCS development project, he said.

With electronic medical records stored in the Area Health Region 8’s IT system and shared among its healthcare providers, important and up-to-date information about medical and treatment history of all patients will literally follow them wherever they go to see doctors, said Dr Kawi Wirasetthakun, the director of National Health Security Office Region 8 Udon Thani.

“So now the UCS has been upgraded to be almost on par with the CSMBS in terms of freedom of choice when it comes to choosing a hospital to receive a healthcare service,” he said.

These improvements in the UCS are in line with Mr Anutin’s policy to improve equality and decrease disparities in healthcare rights in the country’s healthcare system, he said.

All other health regions in the Northeast have in March begun implementing Mr Anutin’s policy and now are keeping improving their system.

Dr Somroek Chuengsaman, the public health inspector for the Area Health Region 7, said this improvement in the UCS is aimed not only at improving services at the primary care level but also the secondary care and the tertiary care levels.

“Now we’re working to make it soon possible for patients to more freely visit any healthcare facilities at all levels anywhere in the entire Northeast. And when this region succeeds in this project the nationwide implementation of it will likely follow in the year to come,” he said.