Police station CCTV images of a detainee who managed to slip his fists out of handcuffs before using them to attack a policeman went viral on Friday.

The incident occurred on Tuesday after a suspect at Kham Thale So Police Station in Nakhon Ratchasima province somehow broke free from his shackles.

Police station superintendent Wuttichai Sukonthawit said the man had been arrested for setting fire to other people’s properties. A witness had testified that the suspect was a drug addict.

“The man was restrained with handcuffs after he arrived at the police station. However, he was able to escape the cuffs thanks to his long-sleeve shirt,” Pol Colonel Wuttichai explained.

“The man tried to punch the policeman taking his details, but the officer blocked the attack. Other officers then intervened to bring the man under control.” 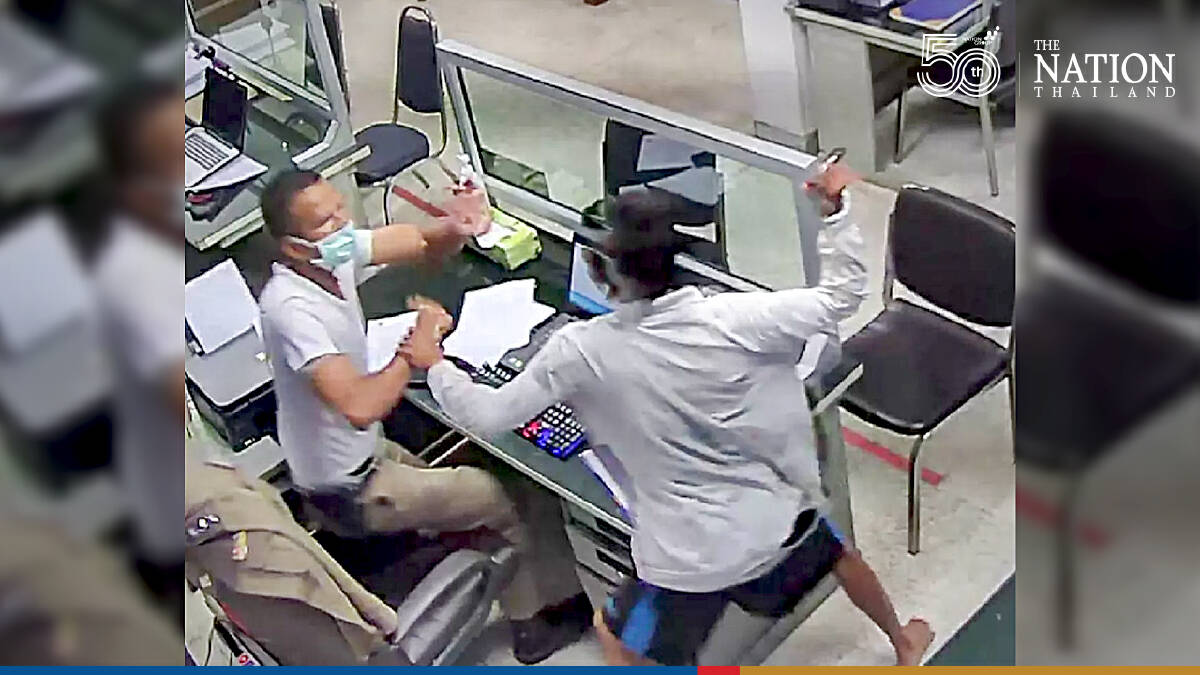 The assailant was charged with taking drugs, assaulting police and destroying people’s property. He was denied bail and detained, said Wuttichai.