Natthaphol said the Immigration police found the three suspects and 10 employees using computers to run customised programs and chat with customers online. Four of the 10 employees are foreigners without work permits. 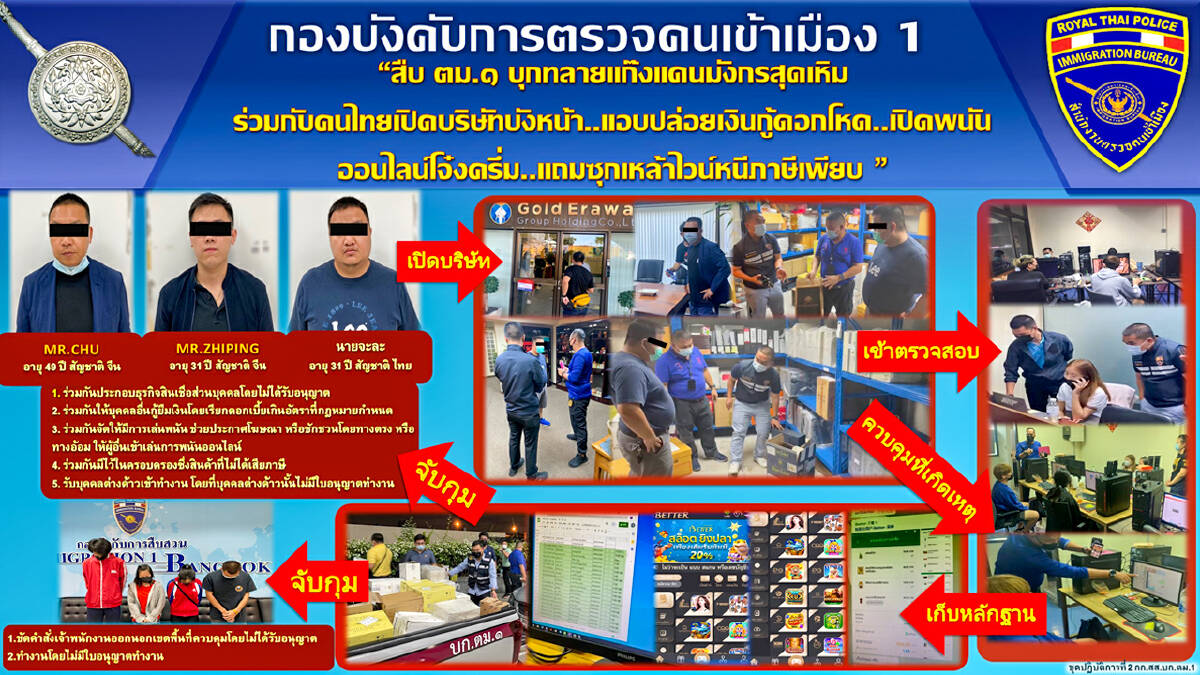 Further investigation revealed the company also operates mobile applications called Pigloan and Bestloan, which offer personal loans at interest of 40 per cent per week or 2,080 per cent annually – significantly higher than the rate allowed by the law.

Police also found over 700 hundred bottles of smuggled wine and spirits hidden on the second floor of the building. They seized the products, worth about 1 million baht. 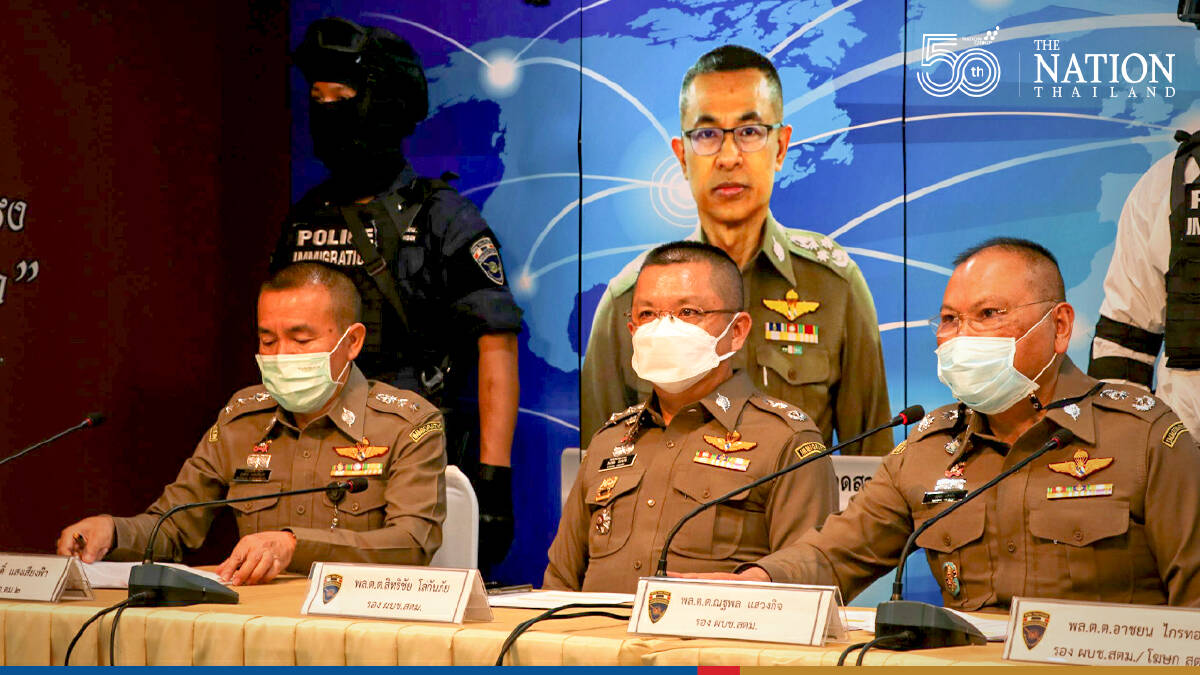 The three company directors were charged with organising online gambling, providing loan services without a licence, possessing smuggled goods and hiring foreign nationals without worker permits, while the four foreign employees were charged with working without permits.