Parcel of ‘Ice’ bound for Australia intercepted at Suvarnabhumi

Staff at Suvarnabhumi Airport in Bangkok have seized a parcel bound for Australia after discovering it was stuffed with crystal meth or “Ice”.

The Airport Interdiction Task Force (AITF) found 750 grams of Ice in a package sent by international express mailbox (EMS) to an address in Melbourne. The drugs were discovered hidden inside motorcycle spare parts. The AITF team is gathering evidence for investigation by the drug-enforcement police, who will coordinate with Australian police to trace the recipient.

Justice Minister Somsak Thepsutin recently ordered the Narcotics Control Board to seek regionwide cooperation on combating the flow of narcotics from the Golden Triangle borderlands of Thailand, Myanmar and Laos. 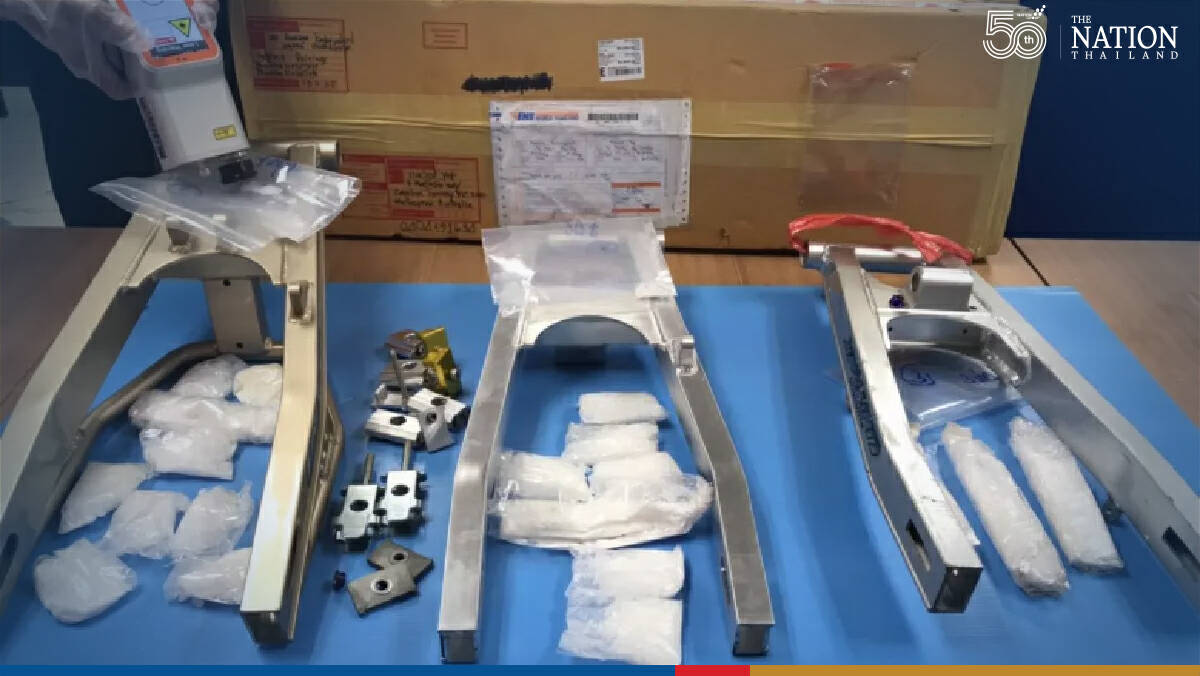 Parcel of ‘Ice’ bound for Australia intercepted at Suvarnabhumi

Somsak will chair a videoconference on July 5 with representatives of Mekong countries Myanmar, Laos, China, Cambodia and Vietnam, plus the United Nations Office on Drugs and Crime (UNODC), aimed at solving problems related to the narcotics trade.