Former politician Nangnoi Assawakittikorn on Thursday led an army of royalist “Minions” to the Technology Crime Suppression Division (TCSD), where they urged police to crack down on violators of the lese majeste and computer crime laws.

Calling themselves the Thailand Help Centre for Cyber-bullying Victims, Nangnoi’s group wore yellow shirts and blue overalls to mimic the popular cartoon characters from the “Despicable Me” and “Minions” films. 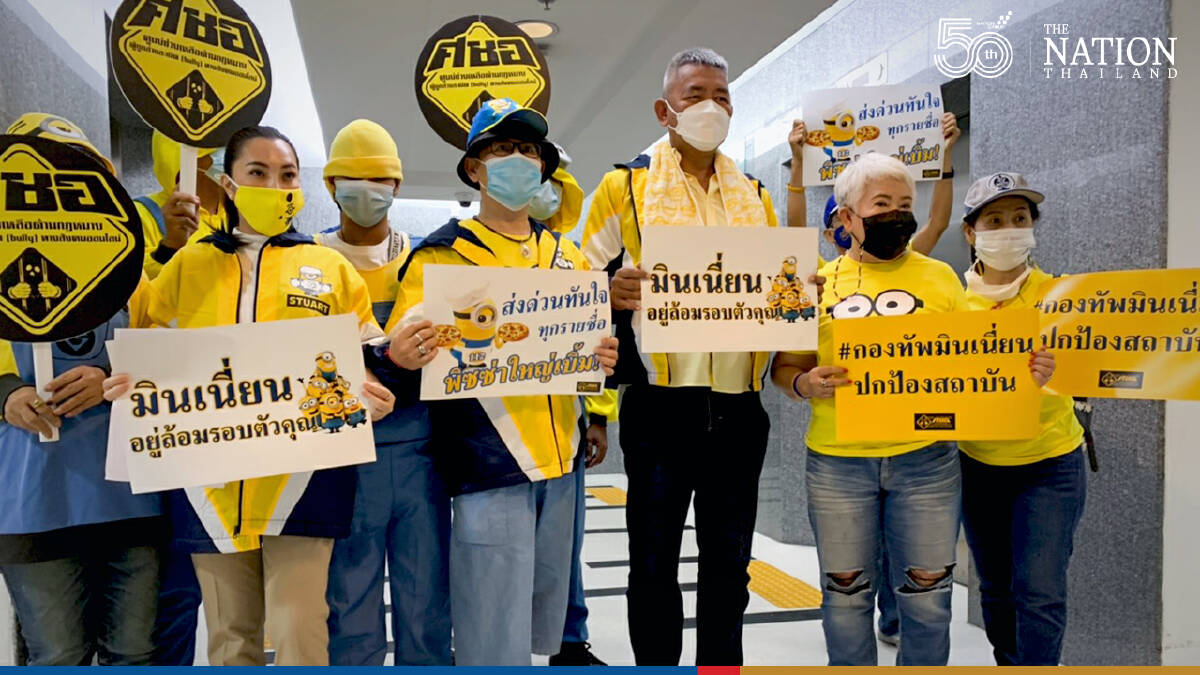 Yellow is the colour traditionally worn by royalists in Thailand, while Nangnoi is a former MP candidate for the Action Coalition for Thailand Party and a prominent royalist activist in Phitsanulok province.

The lese majeste law (Section 112 of the Criminal Code) states that “whoever defames, insults or threatens the King, the Queen, the Heir-apparent or the Regent, will be punished with imprisonment of three to 15 years”. 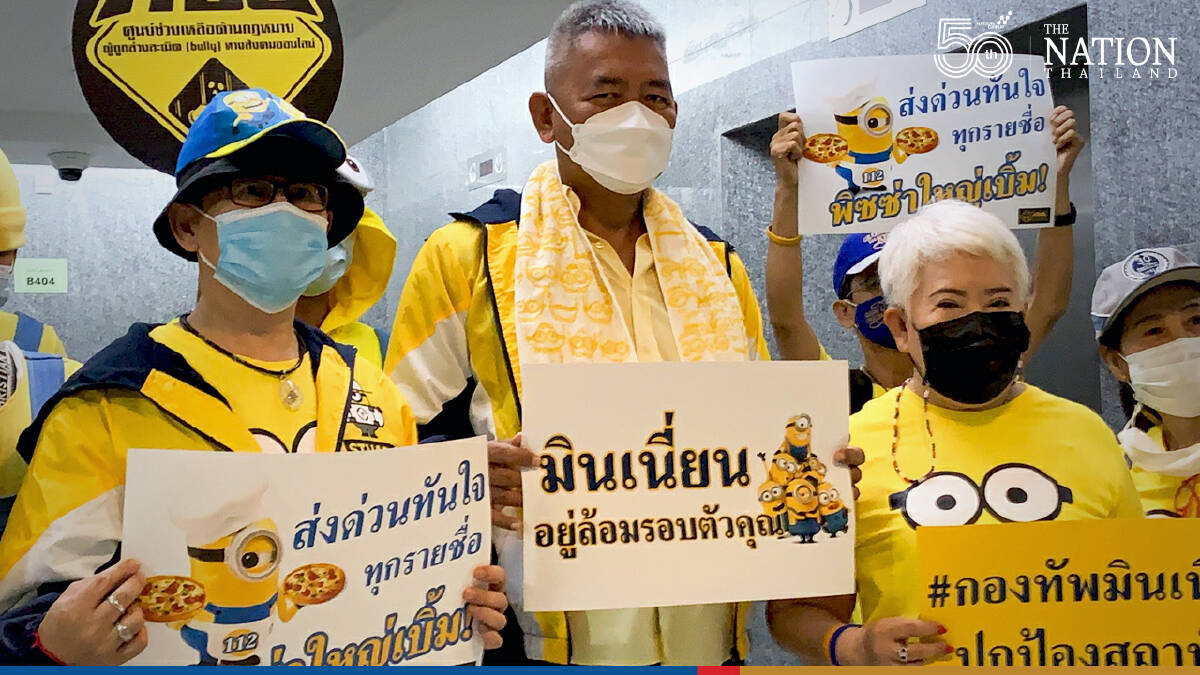 Nagnoi handed what she said was evidence of lese majeste to the police. Most of it consisted of comments posted on media websites such as The Standard, Channel One News, Workpoint Today, Nation TV and TikTok.

TCSD chief Sunatthaphol Niramitsupphachet said Nangnoi had delivered comments from about 90 individuals, all of which the division would investigate for possible criminal content.