In Germany, the death toll climbed to 103 as of Friday afternoon local time, with many more people still missing. In Belgium, a national day of mourning has been set for July 20 for the victims of the severe weather in recent days.

Devastating flash floods due to intense rainfalls have swept through several western European countries in the past few days, killing more than one hundred and causing damages.
Some countries in Western Europe received up to two months worth of rainfall in two days, with Germany, Belgium, the Netherlands and Luxembourg strongly affected, the World Meteorological Organization (WMO) reported on Friday.
In parts of western and southern Germany, towns and communities were hit by catastrophic flash floods after heavy and continuous rainfall this week.
As of Friday afternoon local time, the death toll climbed to 103 in the country, with many more people still missing, according to local authorities. The federal states of North Rhine-Westphalia and Rhineland-Palatinate were hit particularly hard, with 43 people and 60 people killed respectively.
A large number of people are still missing. The district of Ahrweiler alone currently estimates about 1,300 missing people, while around 3,500 are being treated in care facilities.
Germany’s Ministry of Defence has issued a military disaster alert on Friday, deploying more than 850 soldiers for rescue work and the number is increasing.
“Extreme precipitation such as the heavy rains that flooded parts of western Germany this week is likely to become more frequent due to global warming,” said German expert Stefan Rahmstorf, head of Earth System Analysis at the Potsdam Institute for Climate Impact Research (PIK). 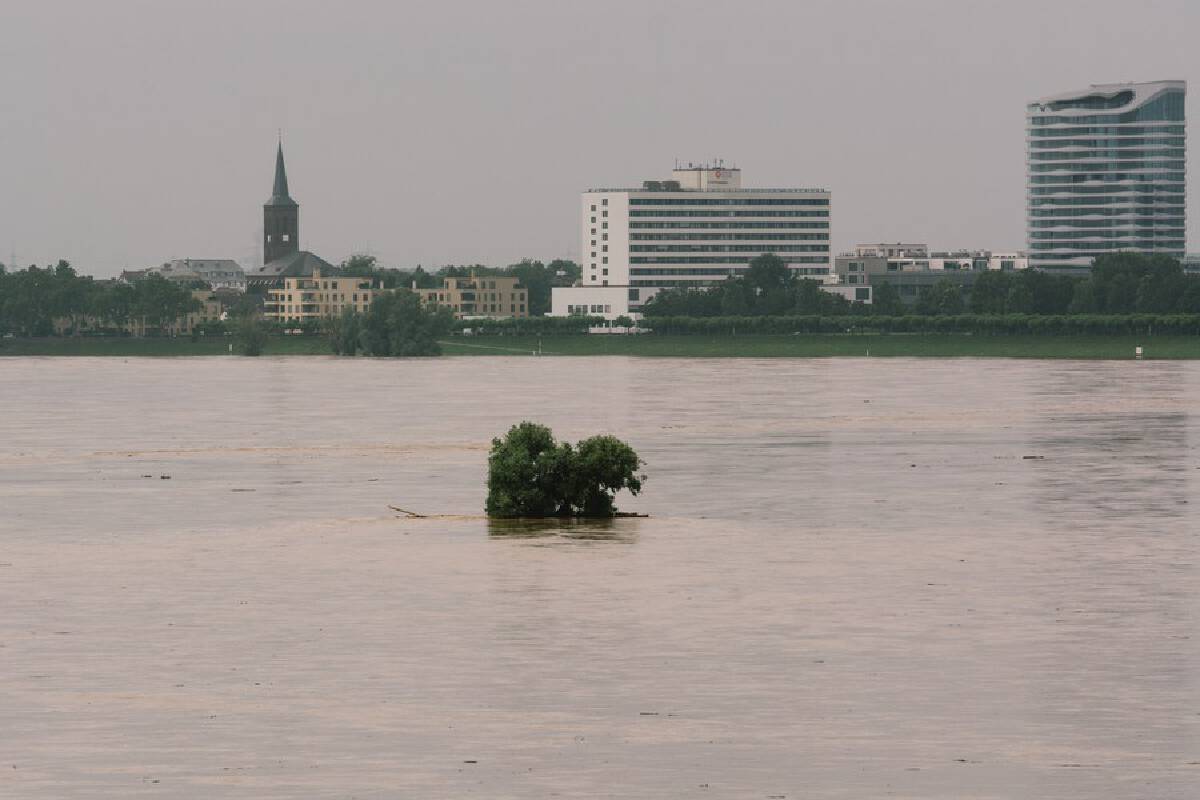 In Belgium, a national day of mourning has been set for July 20 for the victims of the severe weather in recent days. Twenty-one people died and 18 were reported missing on Friday after flash floods that saw rivers burst their banks in the south and east of the country.
In the town of Verviers, near the city of Liege, disastrous floods submerged the city center, upturning cars and damaging homes and shops along the high street.
The heavy downpours in the Belgian provinces of Luxembourg, Namur, Liege and Limbourg match what climate models predict for when the Earth warms up, suggesting direct links with global warming, the Belgian weekly Le Vive reported on Friday. 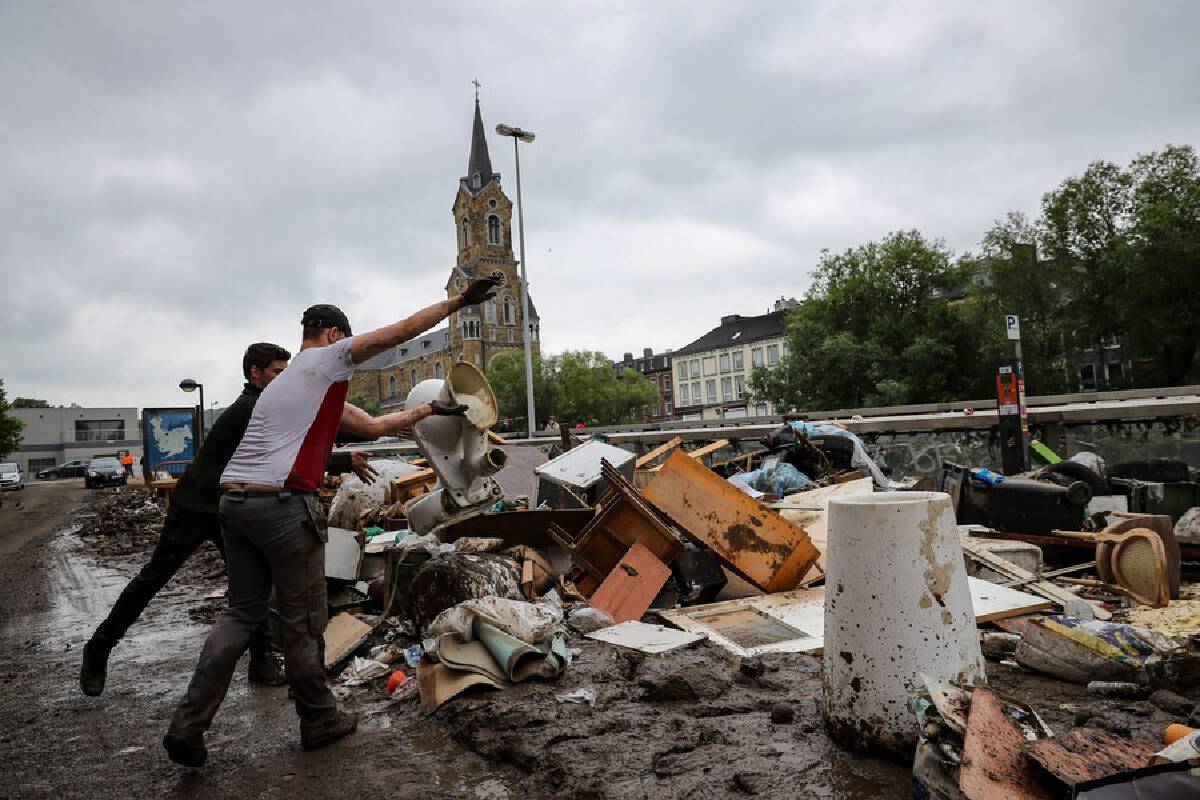 In neighboring Netherlands, 10,700 people have been evacuated in Venlo in the north of the southern Dutch province of Limburg on Friday, as a precaution due to the high water level and the fear of flooding.
The Dutch government has formally assessed the flood in Limburg as a disaster, allowing victims to obtain clarity about whether their damage will be reimbursed by the government if their insurance does not cover it.
Dutch King Willem-Alexander visited the city and called the situation in Limburg “heartbreaking.”
In Switzerland, maximum flood warnings have been issued in central parts of the country due to persistent rainfall. As of Friday, Lake Lucerne, Lake Thun and Lake Biel have remained at the highest flood warning level (5) after continued and intense rainfall throughout the week.
The Swissinfo website reported that the major cities such as Basel and Bern are also facing high flood risks, with the River Aare reaching a flow rate of 540 cubic meters per second, nearing the 600 level recorded in the major floods of 2005.
France’s meteorological service warned on Friday that the continuous rainfall is soaking the soil, putting France at risk of flooding. Currently, 13 provinces in northern and eastern France have been placed on orange alert for floods.
The European Union’s Civil Protection Mechanism has been activated to tackle the heavy floods.