Ramathibodi Hospital on Saturday announced the suspension of service on its Facebook page, citing lack of adequate medical personnel to deal with fresh Covid-19 cases.

The hospital also suspended elective case service and reduced the number of outpatients on a day.

The hospital did not specify how long the measures would be in effect.

The hospital explained that elective service would only deal with emergency cases, while patients are urged to use remote service with doctors and receive medicines via the post.

The hospital added that there were over 1,000 Covid-19 patients under its care, and over 200 remained in emergency rooms. Meanwhile, over 300 medics have reportedly been infected with the virus.

The Police General Hospital also announced on its Facebook page the suspension of emergency room service, the receiving of new patients and surgical operations, except in emergency cases, and curtailment of outpatient treatment. The hospital has also barred people from visiting patients admitted in the hospital. This announcement came after several medics were found infected with Covid-19. 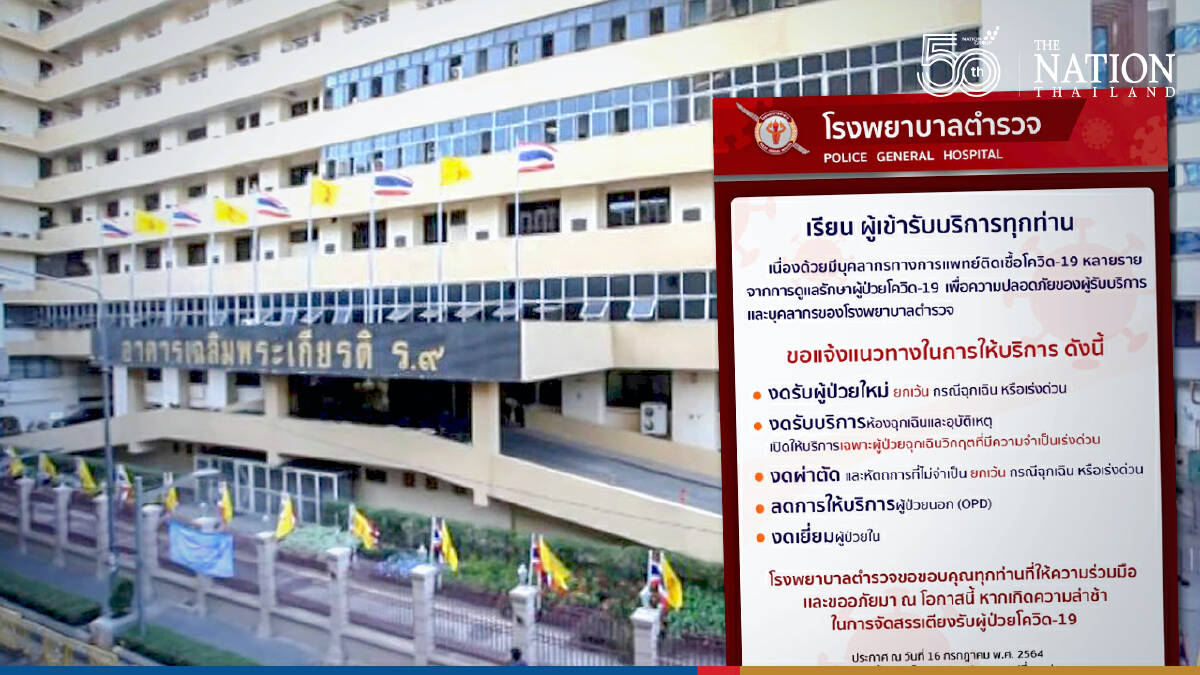