The number of new Covid-19 cases and deaths in Asean countries declined on Saturday compared to Friday.

Malaysia said it had given the first vaccine shot to 38.6 per cent of its citizens and 17.8 per cent had got the second shot.

Malaysian Prime Minister Muhyiddin Yassin said the campaign to vaccinate the elderly was going well and the number of elderly who developed severe Covid-related symptoms had declined.

He added that the government has decided to give the first shot to adults in Selangor and Kuala Lumpur to contain the spread of the virus.

Of 33 million citizens in Malaysia, 8 million people were living in Selangor and Kuala Lumpur, while Selangor had reported the highest daily Covid-19 cases so far.

Brunei reported one Covid-19 case on Friday night, bringing the national tally to 283, according to Brunei’s Ministry of Health.

The new patient is a 38-year-old man who arrived in the country from Indonesia via Singapore on July 9 and showed symptoms on the fourth day after his arrival during quarantine.

The investigation found eight close contacts who had travelled with him from Indonesia.

The country has gone 436 days without any local Covid-19 cases, with a total of 142 imported cases. 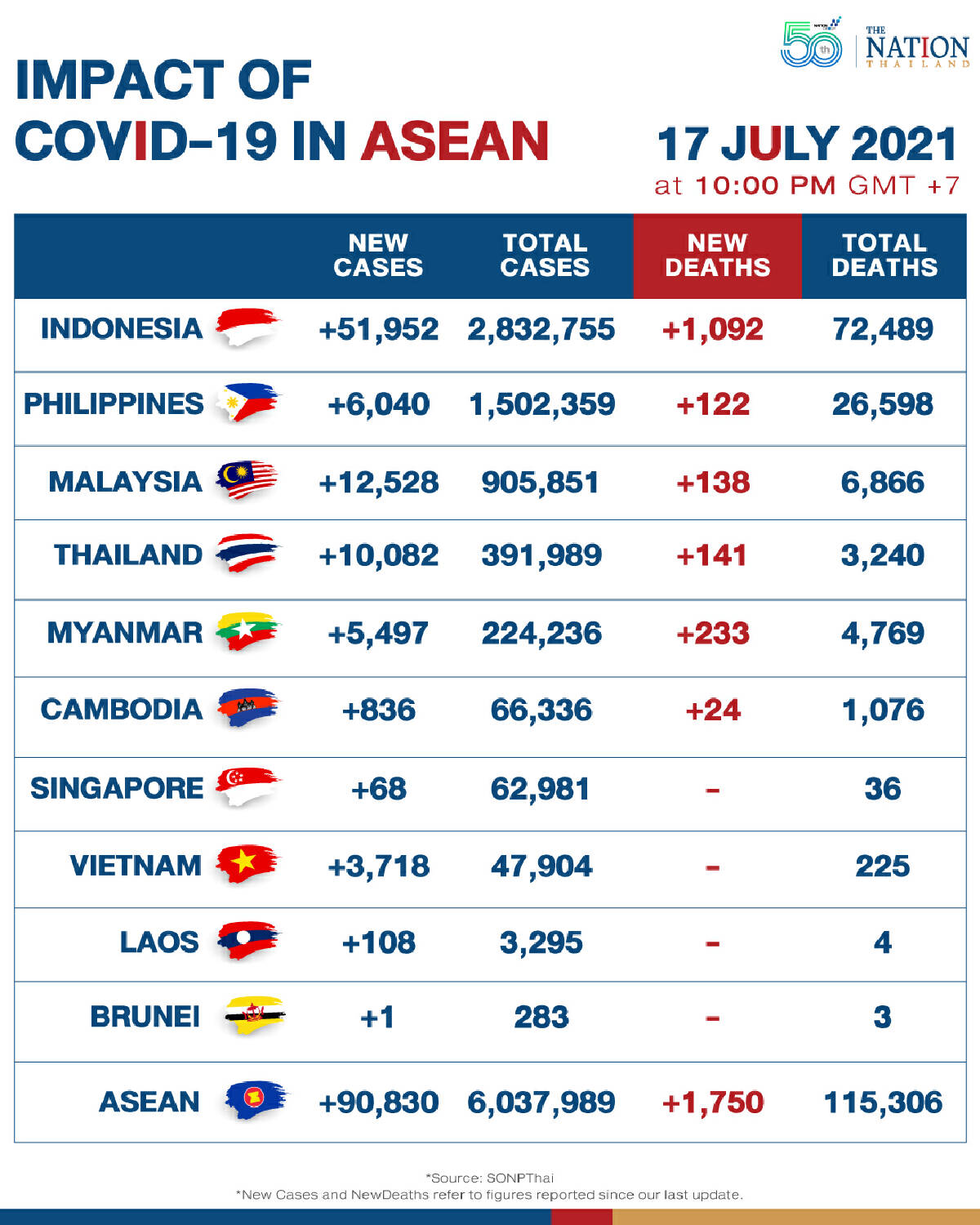