Extreme weather events and natural disasters will continue to increase, the head of the World Meteorological Organization (WMO) warned on Monday, saying that climate change was the root cause for the torrential rainstorms and deadly floods ravaging across Western Europe this summer.

“We have always had extreme weather events, but because of climate change, we have started seeing them more often and they are more intense,” said the WMO chief.

“Climate change will anyhow continue for the coming decades. If we are successful with climate mitigation, we could stop this negative trend in the 2060s,” he said.

Speaking exclusively to Xinhua, Petteri Taalas, secretary-general of the Geneva-based WMO, said: “We have always had extreme weather events, but because of climate change, we have started seeing them more often and they are more intense.”

“Without climate change, we wouldn’t have observed such high temperatures in western parts of Canada and the U.S., so that’s a clear indication of climate change,” he said.

At the same time, devastating flash floods due to heavy rainfalls have swept through several western European countries in the past few days, killing more than one hundred and causing huge damages.

In the report “Summer of extremes: floods, heat and fire,” the WMO said on Friday that some parts of Western Europe received up to 2 months’ worth of rainfall in 2 days (July 14 and 15) on soils that were already near saturation.

“The top one meter of soil was completely saturated or well above field capacity after the intense rain in the most affected regions of Belgium, the Netherlands, Luxembourg and Germany,” it said.

Asked about whether he expected more natural disasters over the next couple of years, Taalas said: “Climate change will anyhow continue for the coming decades. If we are successful with climate mitigation, we could stop this negative trend in the 2060s.”

Countries around the world have pledged to reach a global peak of greenhouse gas emissions as soon as possible and to achieve a climate neutral world by mid-century.

The Paris Agreement, which was adopted by 196 parties in Paris in 2015, sets a target of holding the global average rise in temperature below 2 degrees Celsius above pre-industrial levels, and preferably below 1.5 degrees Celsius.

Taalas also stressed that no region in the world was safe from the negative impacts from extreme weather events and natural disasters.

“One could say that it’s a global thing. Last year, we had severe drought in the same areas where we now have these problems in North America, and also in South America in the Amazon region with also record-breaking drought.”

He also warned of the record amount of hurricanes in the Caribbean last year, super typhoons in Asia, and cyclones hitting Pacific Islands and southern parts of Africa.

Last week, the European Commission unveiled a comprehensive roadmap for realizing the European Union’s (EU) ambitious target of reducing its net greenhouse gas emissions by at least 55 percent from 1990 levels by 2030 and to become climate-neutral by 2050.

“What the European Union has announced recently is very positive. We have heard plenty of positive news from many countries,” Taalas said.

“The current U.S. administration is interested in being more ambitious in climate mitigation and also the government of China indicated a year ago that they would like to become carbon neutral by 2060.”

To mitigate the impact of climate change, China last year announced that it would strive to bring carbon dioxide emissions to a peak before 2030 and become carbon neutral before 2060.

“The key is that we have to start acting now, we cannot wait for the coming decades,” Taalas urged. 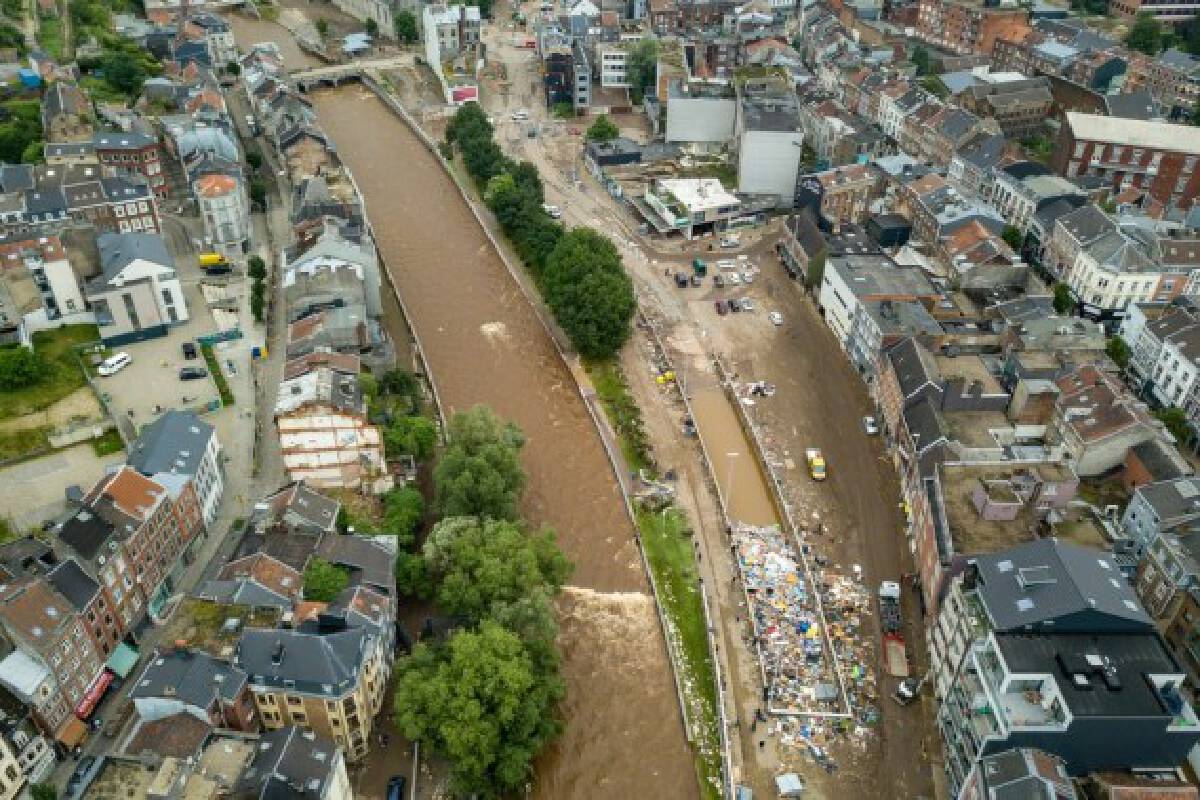 Aerial photo taken on July 16, 2021 shows a scene after floods in Verviers, Belgium.

Taalas stressed that no more time could be wasted to tackle global warming: “The good news is that we have a lot of technological means to be successful with the mitigation. We just have to start acting. These plans are excellent and we have lots of countries which are now behind these carbon neutrality targets, but the concrete action needs to happen already during this decade.” 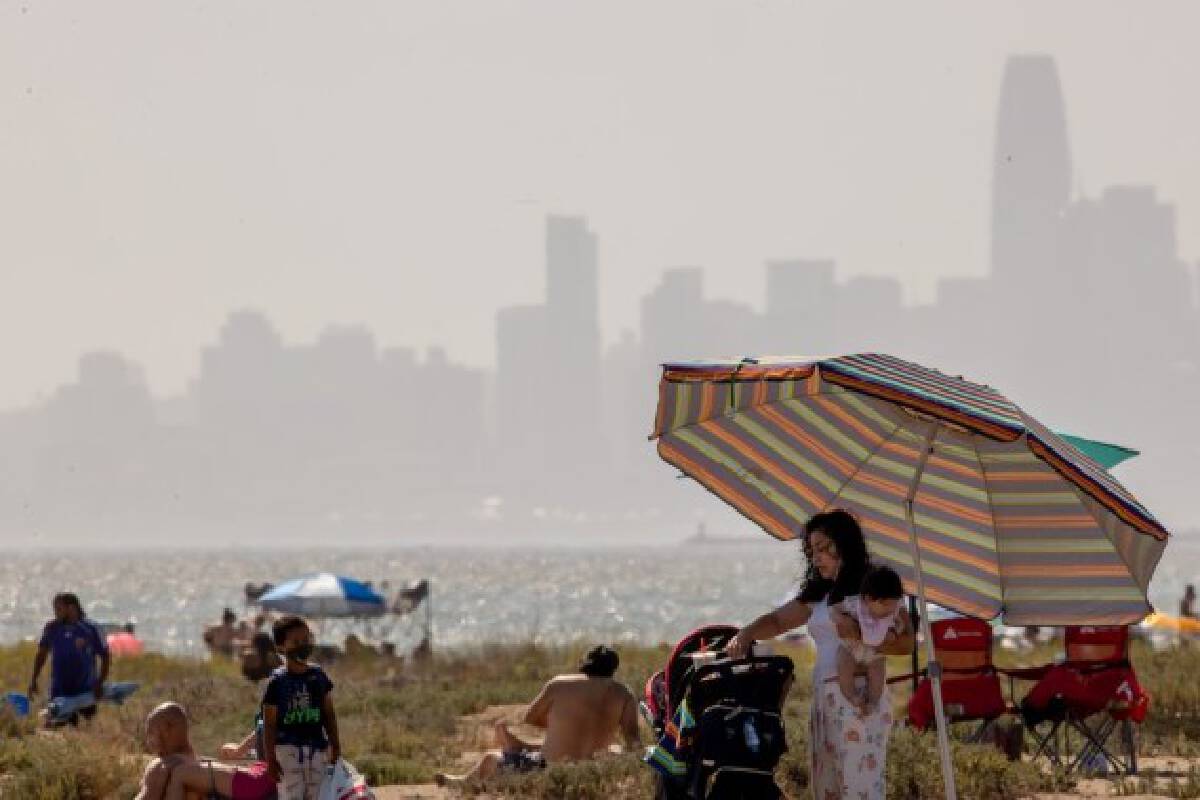 People cool themselves at the beach in Alameda County, California, the United States,

The WMO, a specialized agency of the United Nations, has a membership of 193 member states and territories and was established in 1950.

“We are providing the scientific facts for the decision-makers on what’s happening with the climate today and what is supposed to happen in the future,” Taalas said.

He acknowledged that the early warning systems needed to be improved in a bid to better forecast weather events especially in less developed countries, emphasizing the importance of capacity development.

“We have major observation gaps in Africa, the Caribbean and Pacific Islands and parts of Latin America. That means that we have to build more stations there to be able to provide good early warning services,” Taalas said.

“You have to be able to forecast these events much better and that’s a gap again in less developed countries.”

People enjoy leisure time on a beach of Lake Ontario during a heat wave in Toronto, Canada,