Despite the European Union said over a week ago that it had hit the target of delivering enough COVID-19 vaccines to cover 70 percent of the blocs adult population, there are concerns that what has been achieved so far will not be enough.

aps in vaccine coverage remain across the European continent although the European Union (EU) said over a week ago that it had hit the target of delivering enough COVID-19 vaccines to cover 70 percent of the bloc’s adult population.

Meanwhile, the Delta variant is rapidly becoming the predominant strain as it is up to 60 percent more transmissible than the Alpha variant first discovered in Britain last September, according to the European Center for Disease Prevention and Control (ECDC).

According to data released by the EU health watchdog on Friday, the number of reported infections has increased by 64 percent over the previous seven-day period — a trend seen in 20 countries.

EU Commission President Ursula von der Leyen tweeted “Target achieved!” on July 10, by which the bloc had reached its goal of delivering enough coronavirus vaccines to fully vaccinate at least 70 percent of its adult population.

While more than 242 million EU adults had received their first dose and nearly 182 million were fully vaccinated by Sunday, the population in some countries on the eastern fringe of Europe had been less eager to roll up their sleeves for a jab.

Less than 18 percent of all adults in Bulgaria had received their first dose, while 16.1 percent were fully vaccinated, said the ECDC, even though the EU had distributed more than 82 doses per 100 inhabitants to the country.

In Romania, nearly 31 percent of the population had received the first dose and 30 percent were fully vaccinated. Despite brighter situations reported in Latvia, Slovakia, Croatia, and Slovenia, vaccination rates were still far behind the 70-percent target.

“Circulation among a large unvaccinated population can lead to a high number of cases, and the more cases there are, the more opportunities the virus has to mutate,” Hans Henri P. Kluge, WHO’s regional director for Europe, told Xinhua.

Meanwhile, more than 80 percent of adults in Denmark, the Netherlands, Belgium, and Malta had received their first dose, and more than half of the target population were fully vaccinated.

Besides the EU, the ECDC also lists vaccine uptake in the European Economic Area — Norway, Iceland, and Liechtenstein, where 70 percent of the population having received at least the first dose.

Iceland has administered the first dose to 90 percent of all adults and nearly as many have been fully vaccinated. The country, with a population of only around 360,000, was also quick to vaccinate those aged 80 and above, reaching 98 percent already by the end of March. 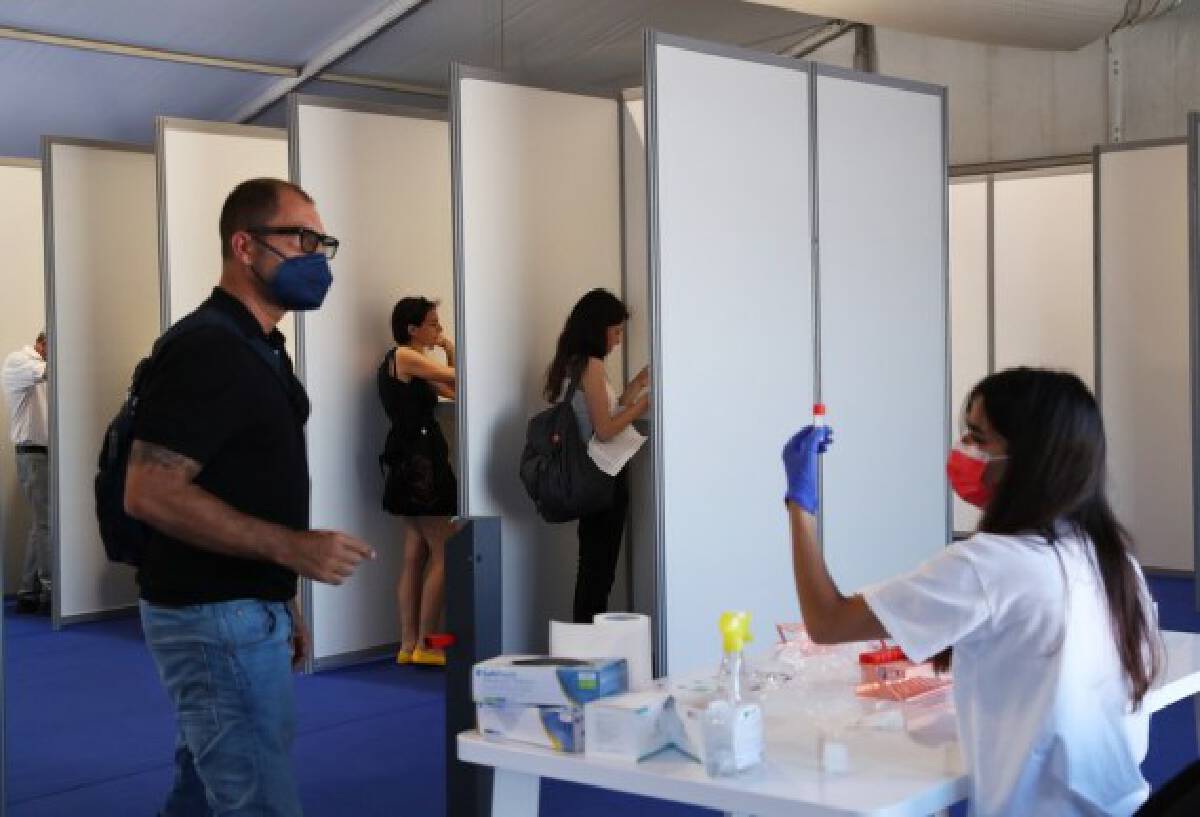 A medical staff member collects saliva samples for COVID-19 test at a tent ahead of the film festival in Cannes, southern France 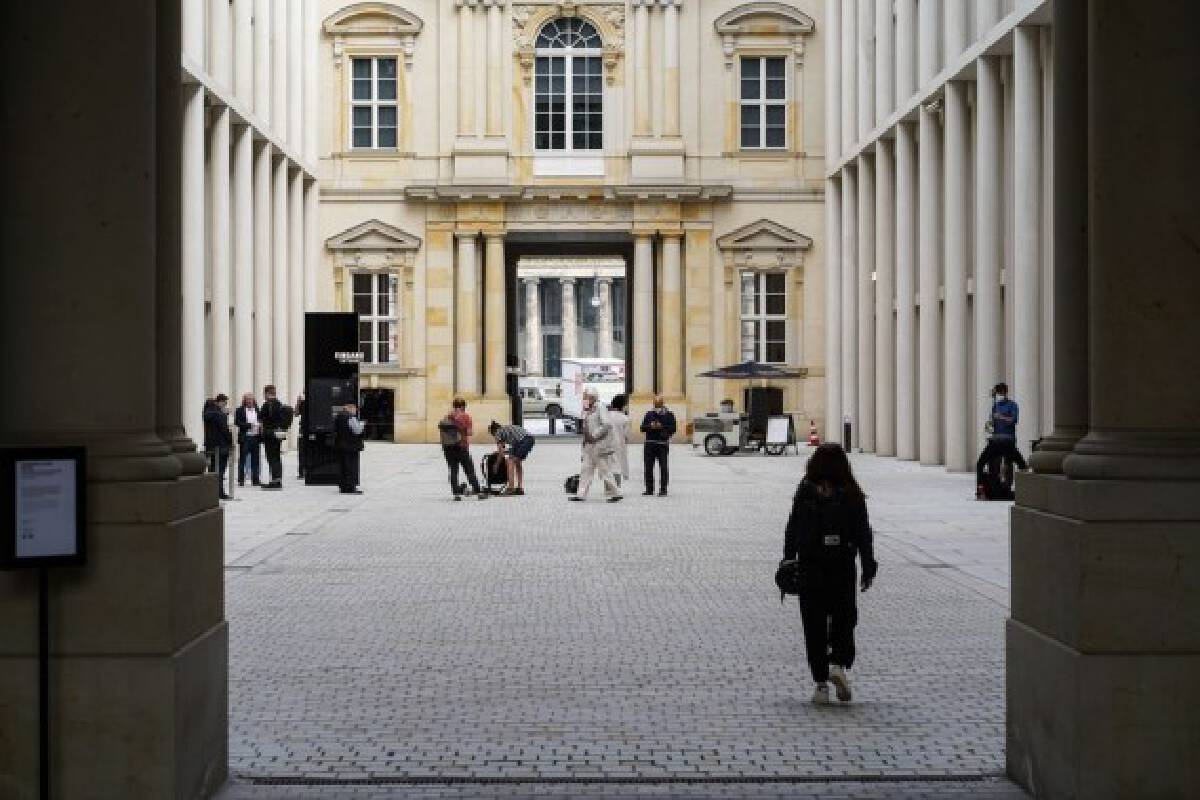 Photo taken on July 19, 2021 shows the exterior view of the Humboldt Forum museum in Berlin, Germany

Despite von der Leyen’s tweet, there are concerns that what has been achieved so far will not be enough. In June, the ECDC warned that the number of COVID-19 patients in hospitals and the number of fatalities may within months reach levels similar to those in last autumn amid the rapid spreading of the Delta variant across Europe.

According to data released by the ECDC on Friday, there had been a 64-percent increase of weekly COVID-19 cases over the previous seven days.

An increasing trend was observed in 20 of the 30 countries in the EU/EEA area with the steepest weekly increases observed in Malta, the Netherlands, Slovakia, Lithuania, Greece, and France. In the most affected countries, the steepest increases were reported among 15 to 24-year-olds. “The current continuing deterioration of the epidemiological situation in many countries is expected to continue given the rapid increase in the Delta variant,” the ECDC said in a press release.

Concerned by the rapid spread of the Delta variant, the ECDC warned in June that intensive care units could be running at full capacity again before the end of summer unless the pace of vaccinations sped up.

“It is very important to progress with the vaccine roll-out at a very high pace,” the ECDC’s Director Andrea Ammon said in June.

“At this stage it becomes crucial that the second vaccination dose is administered within the minimum authorized interval from the first dose, to speed up the rate at which vulnerable individuals become protected. I am aware that it requires a significant effort from public health authorities and society at large to achieve this goal. But now is the time to walk the extra mile. We have several safe and effective vaccines available and every single infection prevented now through our compliance with public health measures, is a life that can be saved by vaccination,” she said.

However, recent data from other parts of the world suggests that the efficacy of vaccines may not be as high against the Delta variant as it was against previous strains.

An Israeli study released earlier this month suggested that the Pfizer-BioNTech vaccine may be considerably less effective (64 percent protective) against the Delta variant compared to other strains, for example the less transmissible Alpha variant (more than 95 percent protective).

The majority of the doses used in the EU, up to date 335 million, were produced by Pfizer-BioNTech, while 88 million doses were from AstraZeneca, according to rollout data from the ECDC.

The European Medicines Agency (EMA) lists another two vaccines as authorized for use in the EU, namely those made by Moderna and Johnson & Johnson. Another four vaccines, including one manufactured by China’s Sinovac, are under rolling review by the EMA.

Besides improved vaccine uptake and adherence to non-pharmaceutical measures such as social distancing and face masks, the ECDC said that the second dose must be administered as soon as possible, as evidence shows that a single dose is not sufficient to protect against the Delta variant.

Several European countries have therefore started to use different vaccines for the second dose from the ones used for the first dose.

“Currently, EMA and ECDC are not in a position to make any definitive recommendations on use of different COVID-19 vaccines for the two doses. Nonetheless, preliminary results from studies in Spain, Germany and the UK suggest a satisfactory immune response and no safety concerns,” the ECDC said in a press release on July 14.

The Lambda variant, first discovered in Peru, was upgraded by the WHO on June 14 as a Variant of Interest under its close monitor. The strain, which has so far been identified in over 29 countries, has become the predominant strain in Peru, where 81 percent of COVID-19 cases since April 2021 were associated with this variant, said authorities.

“We need to stop all variants, not just the Delta variant. A key part of WHO’s strategy is the suppression of transmission and the way to stop the spread of variants is to reduce the amount of transmission to such a low level that it can be managed by the surveillance that is in place,” Kluge told Xinhua.

“That is within our reach with the vaccines we have at our disposal, if they are used appropriately,” Kluge said, adding this could, however, not be achieved by vaccines alone. 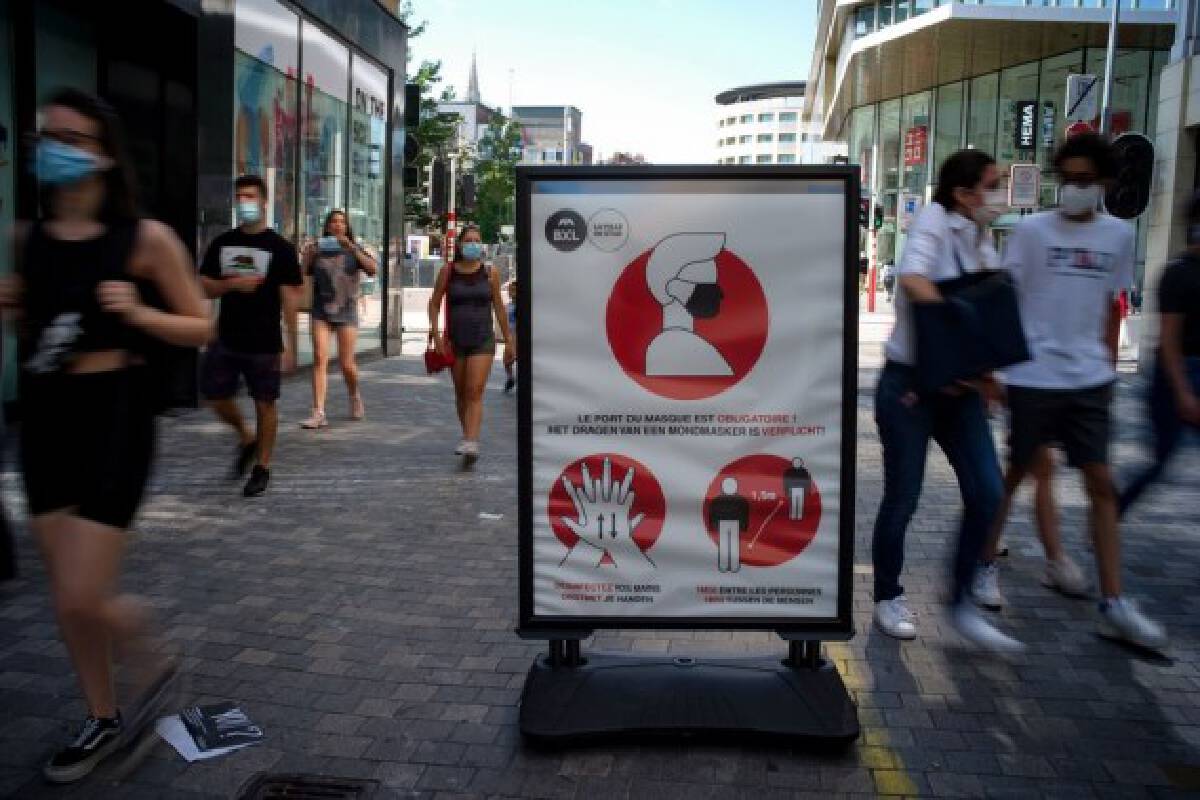 People walk on a business street in Brussels, Belgium, July 19, 2021. Belgium has witnessed a rise in COVID-19 cases recently.