Haul of over 6,000 amphetamine pills headed to Israel stopped at Suvarnabhumi

“The pills were hidden in the seams of sunhats in packages addressed to a Thai national in Israel. The packages came from Laos,” said ONCB secretary-general Wichai Chaimongkhol. “We are coordinating with narcotics control officials at the Thai embassy in Vientiane to track down the sender.” 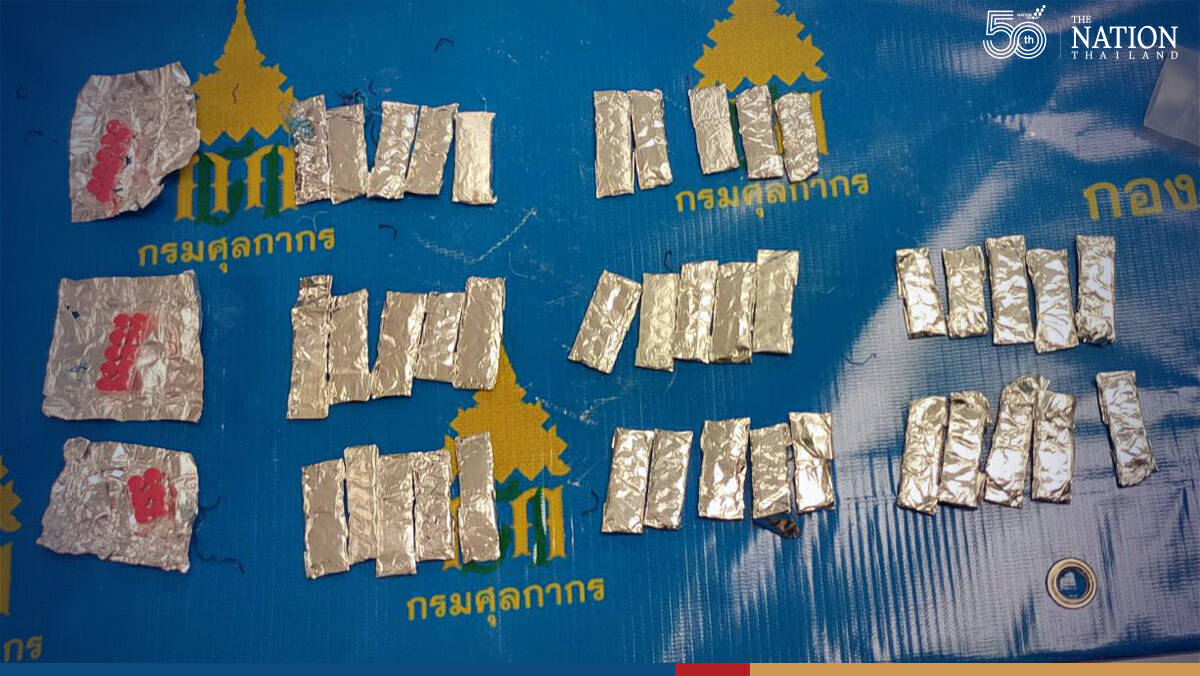 Haul of over 6,000 amphetamine pills headed to Israel stopped at Suvarnabhumi

Wichai said this is the second time this month that ONCB and AITF have stopped packages filled with drugs heading to Israel.

On July 16, officials found more than a kilo of methamphetamine hidden in three thermos mugs.

“Preliminary investigation revealed that the mugs were heading to a camp in Israel, where some Thai workers take drugs to help them put in longer hours,” he said.

Meanwhile, Justice Minister Somsak Thepsutin expressed concern about Thai workers overseas taking drugs, especially at a time when there is a severe labour shortage in many countries due to Covid-19.

“Please don’t get involved in drug abuse as it will not only have a bad effect on you but can also affect bilateral relations,” he said.