Public Health Minister Anutin Charnvirakul admitted on Tuesday that the personal data of 16 million patients had been stolen from the ministry’s database.

He said this after a popular social-media page posted a message on Monday saying that the stolen data, such as patients’ address, identification code, mobile number, date of birth, hospital names, doctors’ information and hospital systems’ passwords, was being sold on Raidforums.com.

Anutin said he has instructed related officials to investigate the case, adding that this hacking had initially taken place in Phetchabun province. 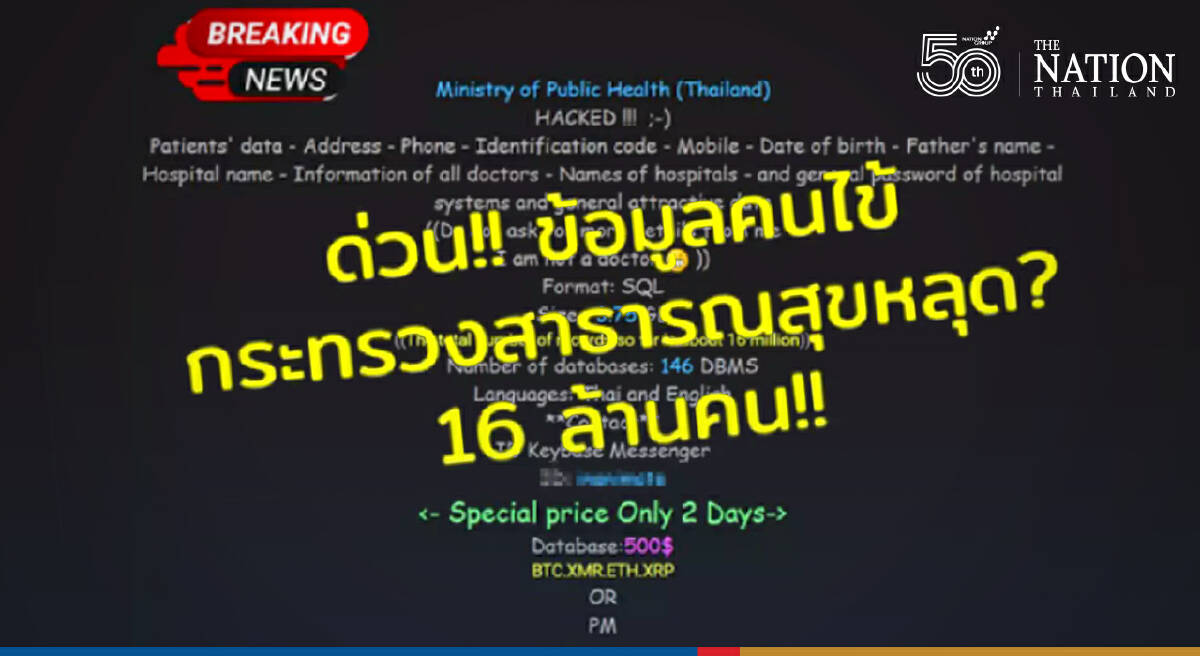 He said revealing confidential information is a crime and a violation of both the Computer Crime Act and Section 7 of the National Health Act.

“Once the hacker is found, we will take legal action till the end because this has caused damage to the ministry and patients,” he said.