The Indian Embassy in Thailand on Friday handed over oxygen concentrators to the Ministry of Public Health.

India’s ambassador Suchitra Durai presented them to Deputy Minister Sathit Pitutecha. The ambassador said that India stands with the Thai government and people in tackling the Covid-19 situation.

She emphasised the importance of the longstanding relations and friendship between the two countries.

Thailand and India are members of the Bay of Bengal Initiative for Multi-Sectoral Technical and Economic Cooperation.

The Indian government donated 300 oxygen concentrators to Thailand. They were sent by INS Airavat and reached Thailand on September 3.

Sinovac not a low-quality vaccine, Chinas embassy hits back at critics

This humanitarian aid is a part of India’s policy of Security and Growth for All in the Region (Sagar) launched by the government of Prime Minister Narendra Modi. Under the Sagar policy, the Indian Navy has operated many humanitarian missions.

India also donated liquid oxygen and oxygen concentrators to many countries in the region last week, including Indonesia and Vietnam, the embassy said. 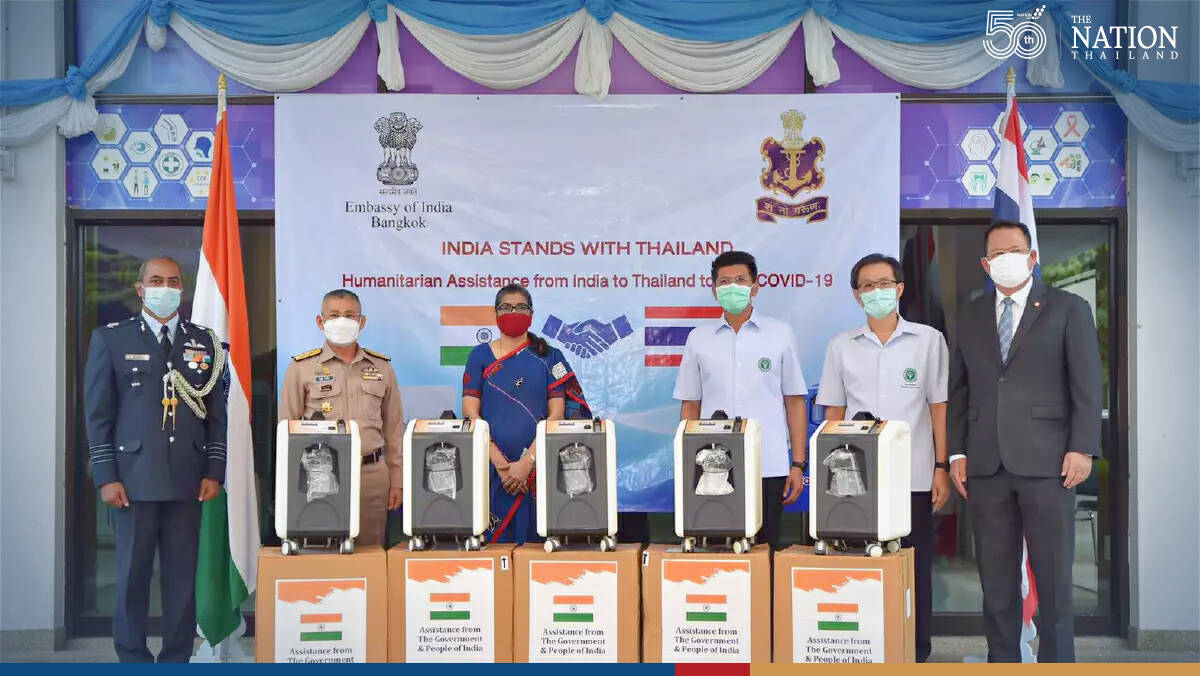