Buriram police are investigating after photos and clips of a 59-year-old teacher in sexually compromising positions were sent to his colleagues in a case of apparent blackmail.

The teacher told police in the Northeast province he was being scammed by a beautiful 32-year-old woman from Kalasin.

The victim produced a profile picture of the woman and the chat log record as evidence.
He said the woman had contacted him on Sunday via her Facebook page, which had a gorgeous profile picture under the name “Sorn Laaiad”. She sent a message asking him to accept her friend request. When he did so, she began sending nude pictures of herself to him.

They agreed to meet up on Wednesday in Buriram, where he took her for a meal before they went back to a hotel together. He admitted to having consensual sex with the woman and transferring three payments totalling 13,700 baht to her bank account.

He believes the woman resorted to blackmail after he cut off contact and refused to transfer any more money to her account.

He had gone to the police because he wanted to report that it was not him who sent the sexually explicit images and videos to colleagues. He added that he did not want to press charges against the woman, but she had to stop persecuting him in this way. 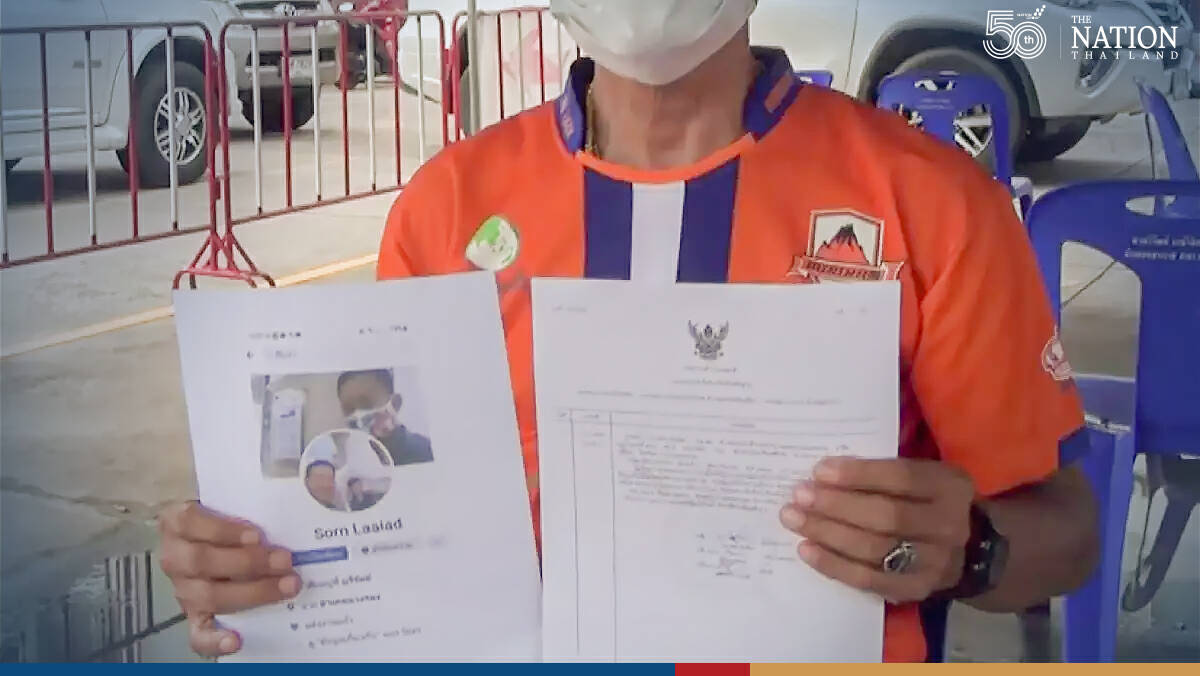