A man who fell down a mountain in Phayao’s Mae Chai district while hunting for mushrooms on Tuesday was finally tracked down rescued by Civil Defence Volunteers on Wednesday.

The volunteers went looking for Boonma Kantiya, 47, as soon as they received his call and found him stuck 3 kilometres up the mountain with an injured knee. The volunteers splinted his leg and carried him down on a stretcher. The patient was then delivered to Mae Chai Hospital.

Boonma said he had gone mushroom hunting with a friend on Tuesday evening but stumbled and slid down the steep mountain. His friend then helped him up and had him settle down with a bonfire. However, he said, he could not call for help until the following morning due to the lack of a mobile phone signal.

Four missing Phitsanulok locals and their canines rescued from forest 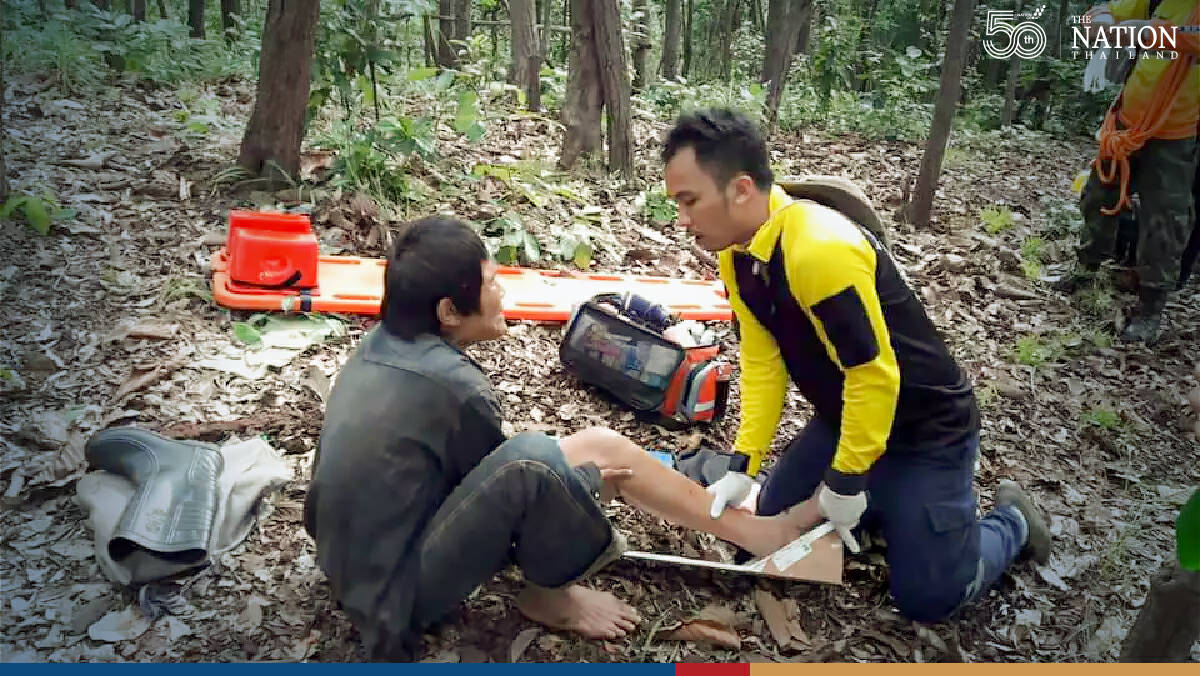 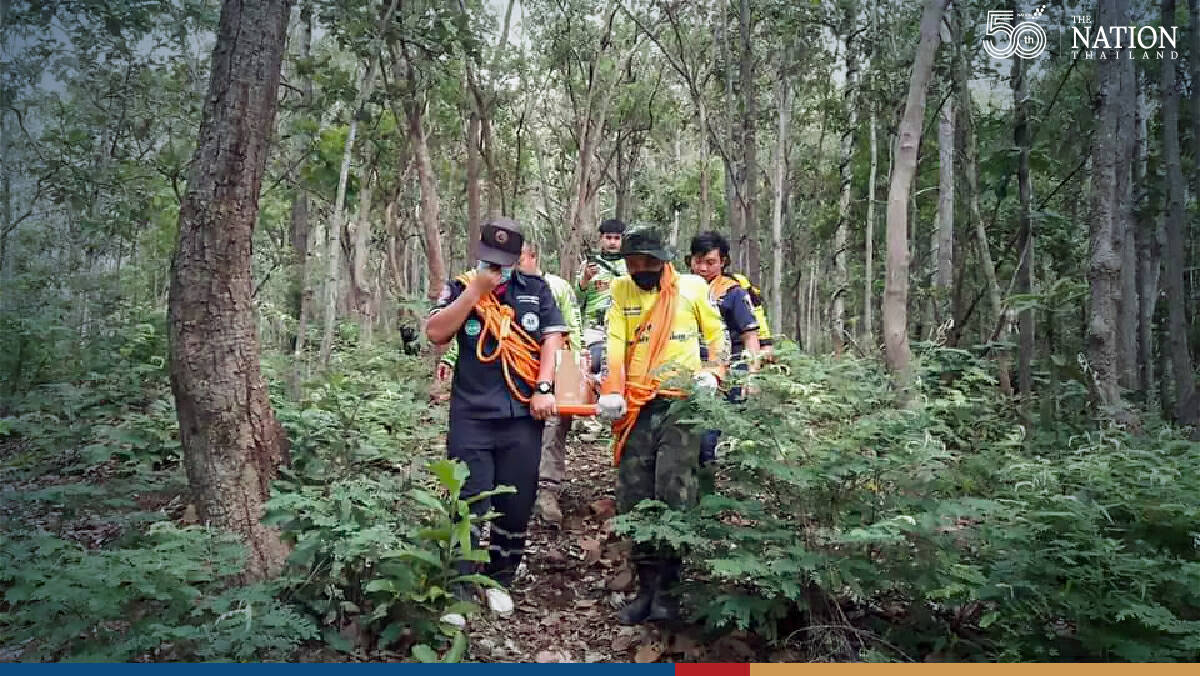