Dale Nacke noted that the 9/11 attacks helped galvanize the country and bring the society together, but it didnt last long. “Now 20 years later, I see a country thats largely divided.”

When Dale Nacke talked about the last moments of his late brother Joey before the hijacked United Airlines Flight 93 crashed 20 years ago, he said his brother didn’t make any phone call because he wouldn’t share that burden with anybody.

“He wouldn’t put that kind of pain on the rest of us, so he didn’t make any phone calls. That isn’t our brother,” Dale, 49, told Xinhua on a chilly Friday night after a Luminaria Ceremony at the plane’s crash site surrounded by meadows and hills, located in the Pennsylvania countryside outside of Shanksville.

Asked how long it took for the family members to recover from the tragedy, Dale said 20 years doesn’t make much of a difference. “I don’t think we do (recover),” he said, choking back tears. “I’ll live the rest of my life without my brother and that absence in our family never goes away.”

Flight 93 was one of the four hijacked planes on Sept. 11, 2001, when nearly 3,000 people were killed in the deadliest terrorist attacks on U.S. soil. The other three planes hit the World Trade Center Twin Towers in New York, and the Pentagon near Washington, D.C. 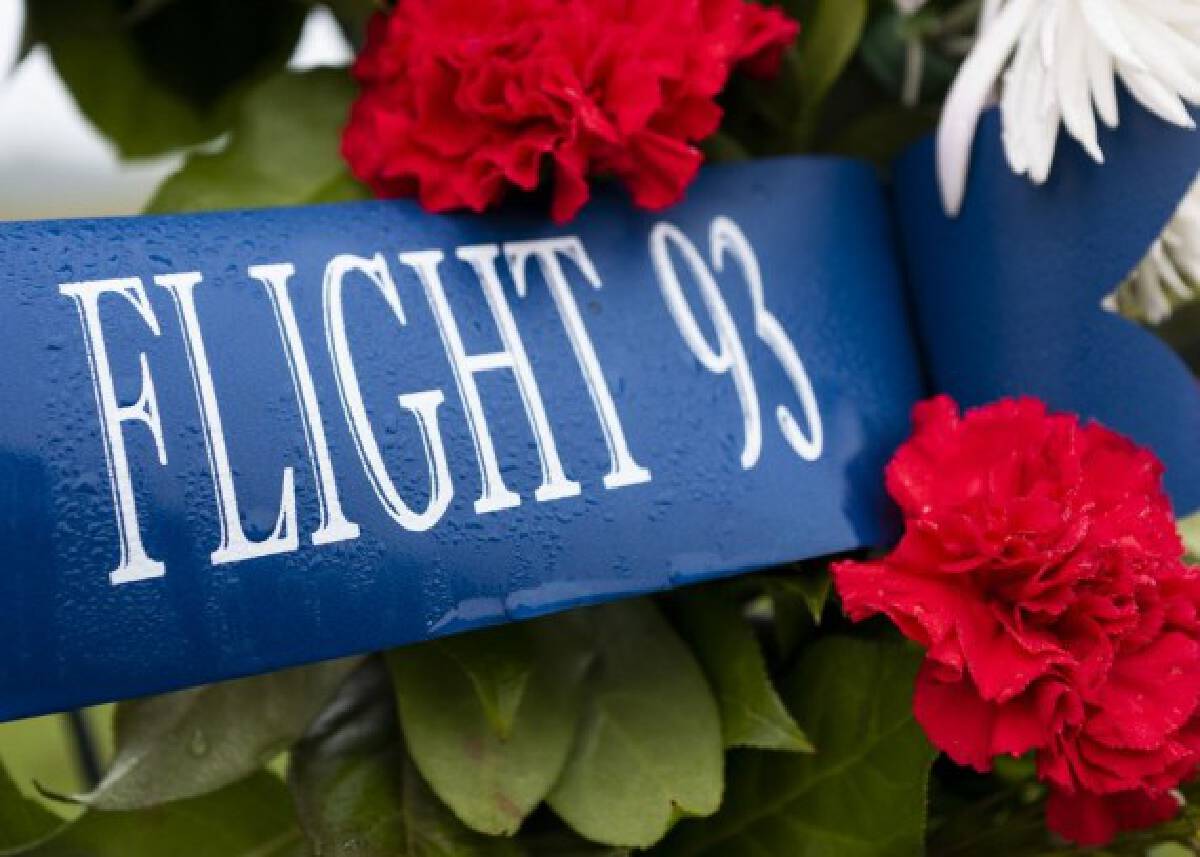 A wreath is seen at the Flight 93 National Memorial in Shanksville, Pennsylvania, the United States, Sept. 9, 2021.

Experts believe that the target of the Flight 93 hijackers was likely the U.S. Capitol Building or the White House. The 40 passengers and crew members attempted to seize control from hijackers and eventually forced down the plane, which crashed only 20 minutes flying-time from Washington, D.C.

“If I had the opportunity to say anything to him, given what this is, I would love to tell him how much, how proud I was of him,” Dale said.

His elder brother Louis Joseph Nacke II, a toy company executive, had just turned 42 two days before the 9/11 attacks. Dale said his brother liked to be called “Joey” by family members, while he preferred the name “Lou” with colleagues and friends.

“He had a Superman tattoo. He was afraid of nobody. He was my big brother. He was always my protector. And he was, he was a little brash. He was a little loud, but he was very loyal, very loving. As my big brother, I always looked up to him,” Dale said, bursting into laughter when describing what kind of person his brother was.

The Luminaria Ceremony, held a few hours before President Joe Biden and some former presidents gathered at the site to mark the 20th anniversary of the 9/11 attacks, was attended by hundreds of families and friends of the victims, as well as many others who traveled hours to pay their tribute to the courageous heroes they never met.

Fourty candle lanterns were lit and carried by family members and friends, and placed below each victim’s name, engraved on tall slabs of white marble, known as Wall of Names. Flowers, mini American flags and a toy bear were easy to spot.

Glenna Putyrski, who lived in a nearby town, said she was a sixth grader when the plane crashed and had no idea what was going on, and attending the Luminaria Ceremony makes things real.

“Seeing the family members, I was really choked up too, because it just makes it so much more real seeing a family member of each person. And you just realize all those individual families and their own stories and everybody that was affected,” Glenna told Xinhua.

Asked about one of the major changes the 9/11 attacks have brought, Glenna highlighted the loss of trust among people and among countries. “Just overall distrust in the world, I feel like that just changed everybody’s outlook on everything,” she said.

“That sense of fear that people have now, maybe they didn’t before,” Glenna’s mom Anne Putyrski added.

“I’d say that we as a nation are not as arrogant about our own security as we were perhaps 20 years ago,” Dale said. “And I think we have a better heightened awareness, and are maybe more vigilant.”

Dale also noted that the 9/11 attacks helped galvanize the country and bring the society together, but it didn’t last long. “Now 20 years later, I see a country that’s largely divided,” he said. 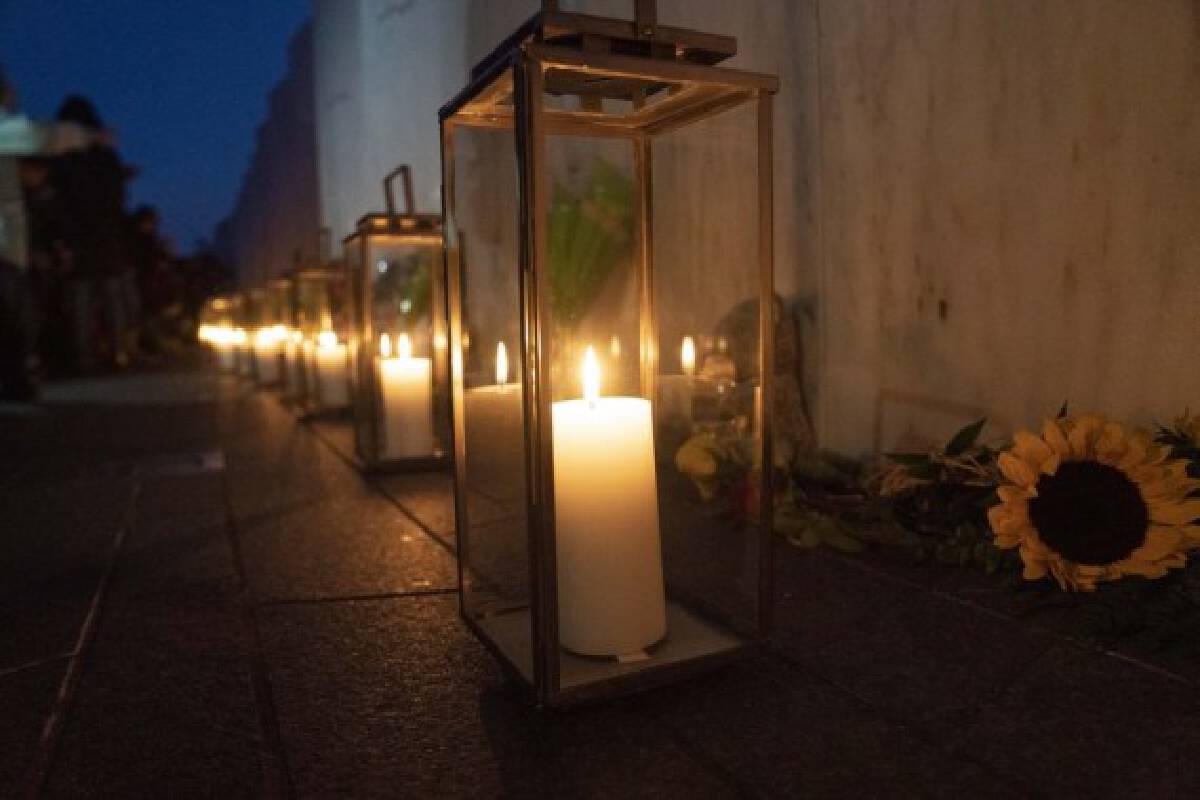 Lanterns are placed at the Wall of Names during a candlelight memorial to the passengers and crew of United Airlines Flight 93 in Shanksville, Pennsylvania, the United States, Sept. 10, 2021.