The Saudis Public Investment Fund Company (PIF) spent around £300 million to buy Newcastle United from the former owner Mike Ashley, as the English Premier League announced through their official website that the takeover has been completed.

The reports from all media outlets revealed that the Saudi-led fund group, with the backup of Crown Prince Mohammed bin Salman, had proceeded to manage the possession of the famous football club after the group had successfully received approval from the Premier League. 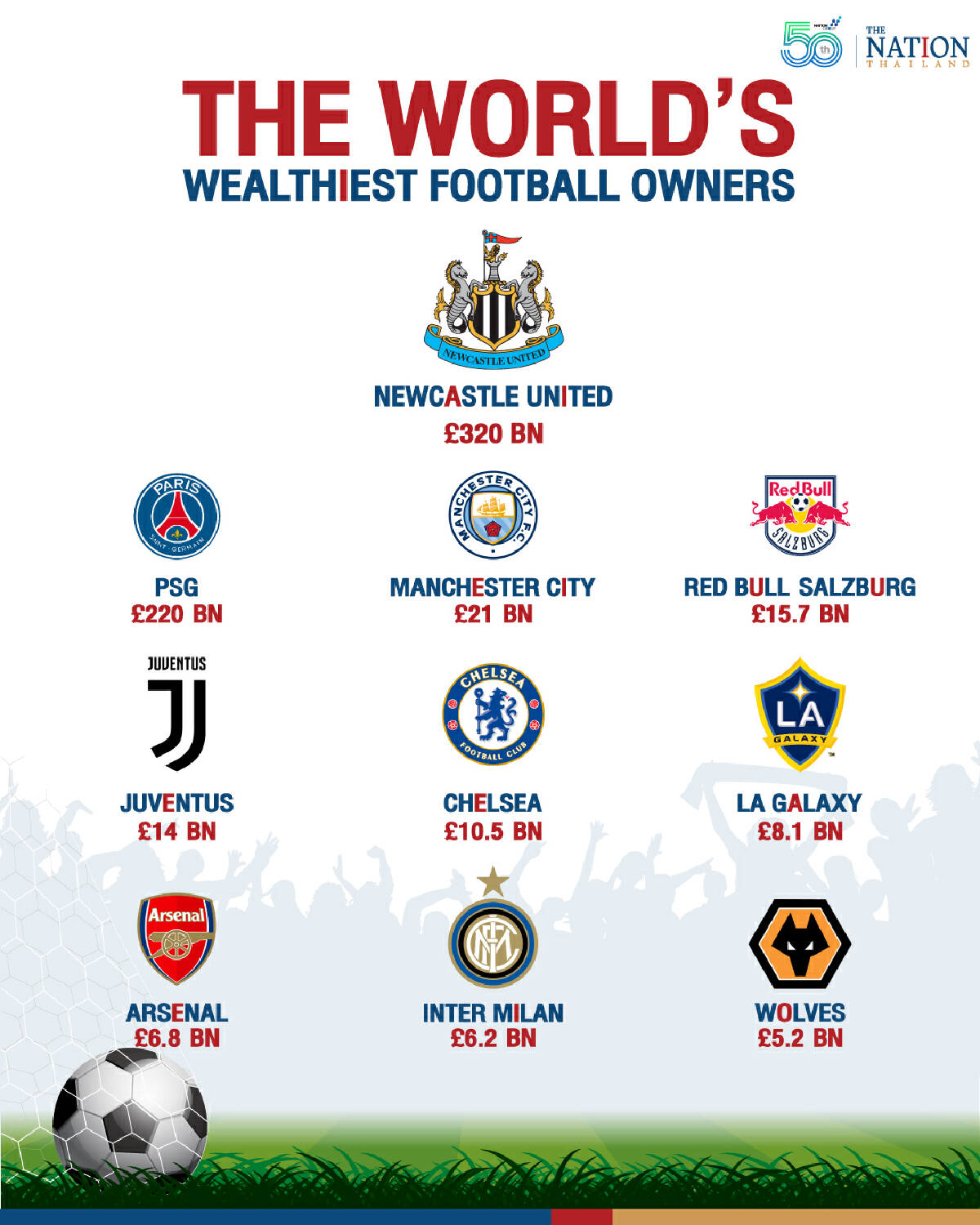 As a result, Newcastle United immediately becomes the team with the richest club owner in the world with assets worth up to £320 billion (about 14 trillion baht), surpassing Manchester City, which used to be the richest team in the English Premier League.

Paris Saint-Germain (PSG), the famous French football team funded by Nasser Al-Khelaifi from the Qatar Investment Authority, currently has £220 billion in capital which is £100 billion less than Newcastle at the moment.

The arrival of the wealthy Saudi’s Public Investment Fund (PIF) has delighted Newcastle football fans, with the hopes to draw famous players to join the team, and to have a chance of winning the championship. The team has not won any trophy for 66 years, with the last trophy being the FA Cup in 1955 while the last league title was in 1927 or 94 years ago.

Newcastle is currently positioned in the second-last, with just three points from seven games. 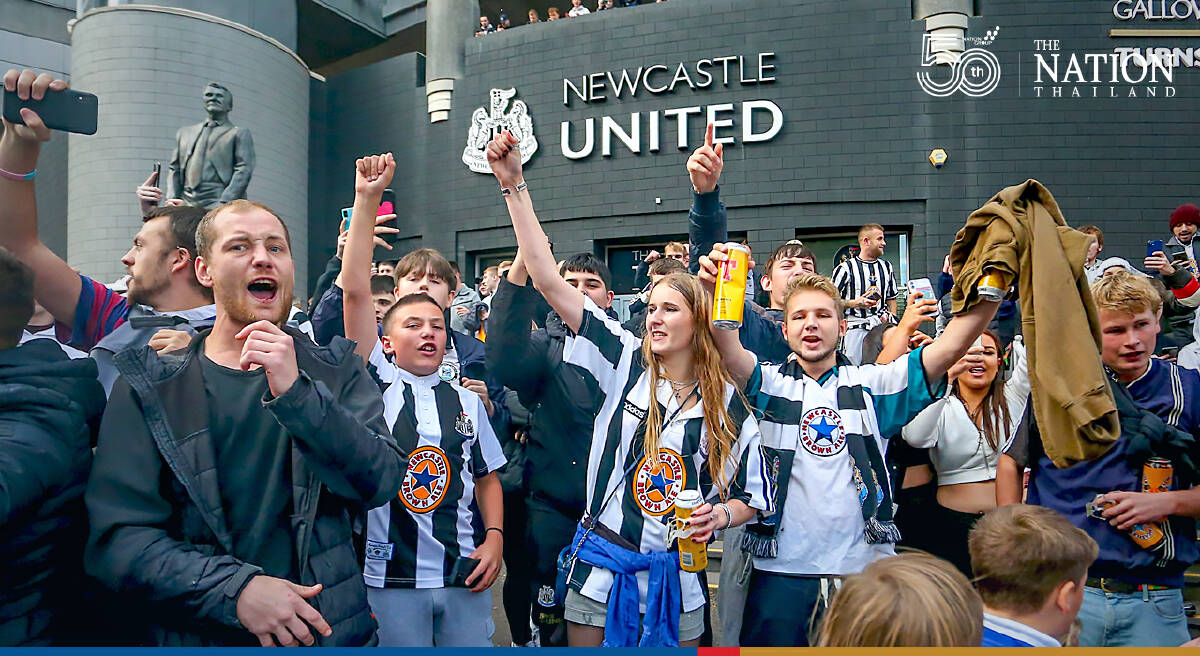 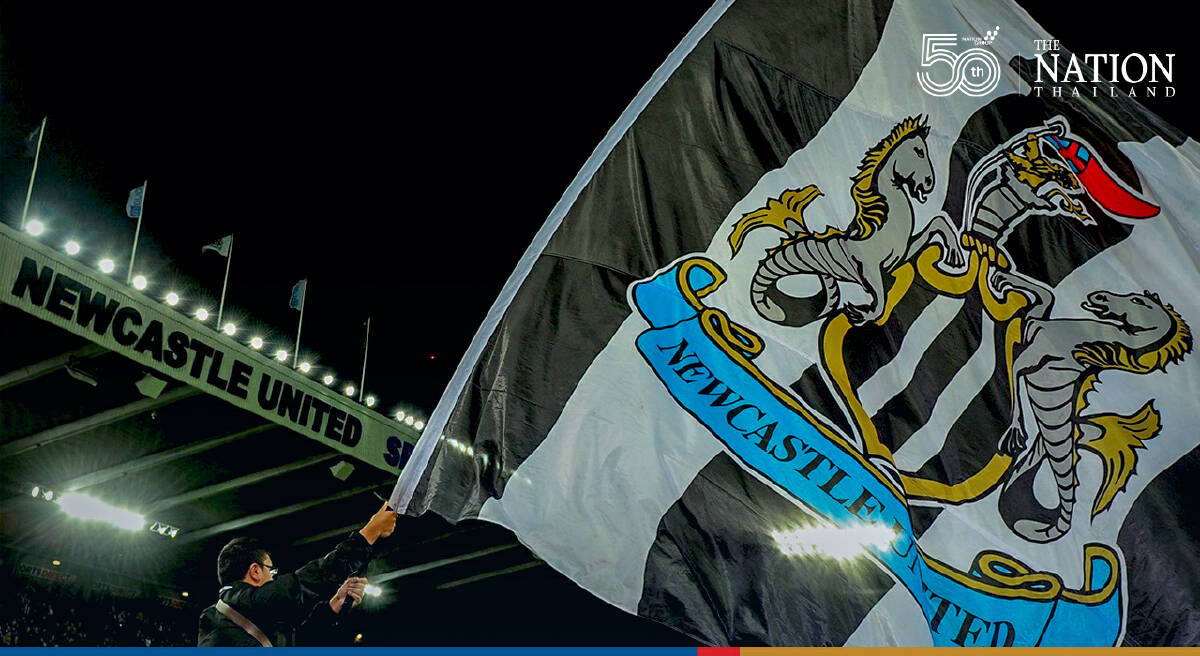 The top 10 football clubs with the wealthiest owners in the world are as follows: