Vaccinations likely prevented some 265,000 coronavirus infections, 107,000 hospitalizations and 39,000 deaths of Medicare beneficiaries in the U.S. in the first five months of this year, according to a study.

Coronavirus vaccines are having a big impact on preventing hospitalizations and deaths among seniors, one of the most vulnerable groups, according to a new study released by the U.S. Department of Health and Human Services.

Vaccinations likely prevented some 265,000 coronavirus infections, 107,000 hospitalizations and 39,000 deaths of Medicare beneficiaries in the first five months of this year, according to the research issued on Tuesday, which used individual claims and county vaccination rates to estimate the impact to the country’s 62.7 million recipients.

The study, which used a sample of 25.3 million people, found reductions in deaths nationally for all racial and ethnic groups and across all 48 states included in the sample. The biggest impact of the shots appeared to be for American Indians and Alaska Natives, groups that were particularly hard hit by the pandemic. 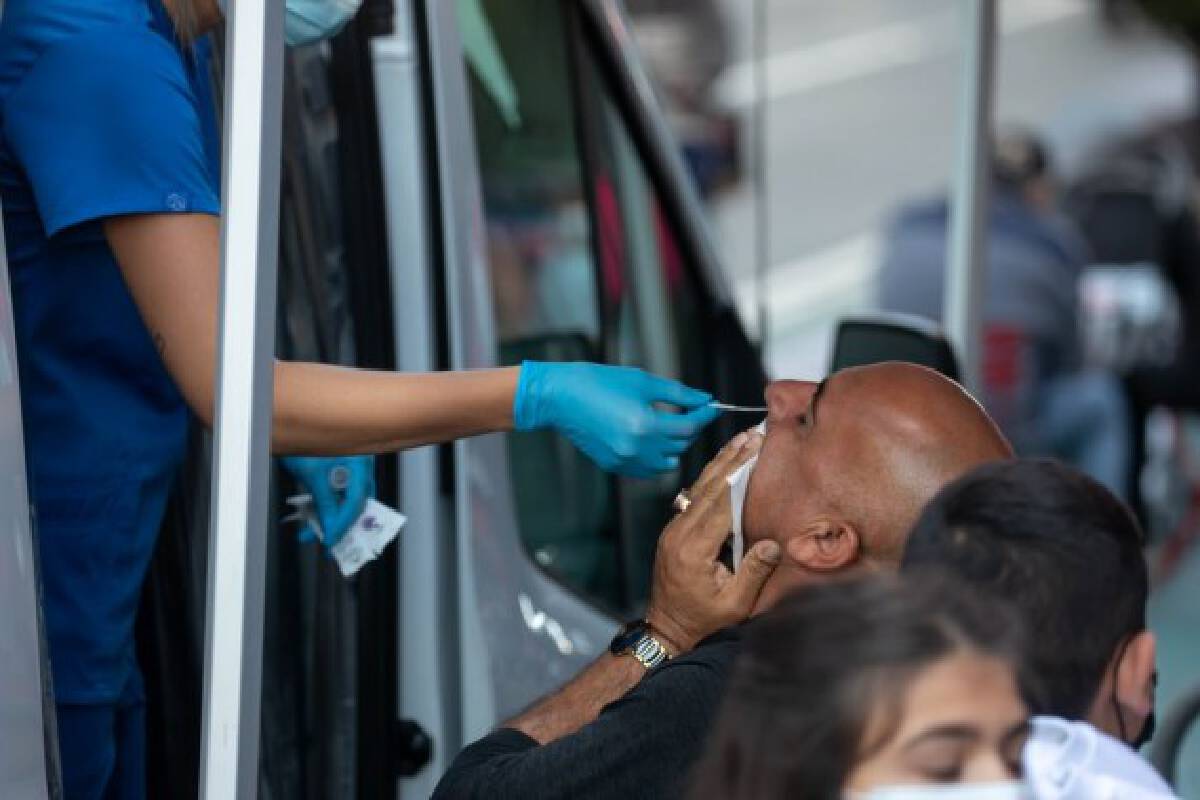 A man takes a COVID-19 test at a testing van in Times Square in New York, the United States, Oct. 2, 2021. (Photo by Michael Nagle/Xinhua)

ONE LESSON AFTER ANOTHER

“New coronavirus cases, hospitalizations and deaths are falling as the United States begins to recover from a persistent summer surge that strained hospitals across the country and killed over 100,000 Americans in just three and a half months,” reported The New York Times (NYT) on Wednesday.

As of Tuesday night, virus cases in the United States had averaged more than 101,000 a day for the past week, a 24 percent decrease from two weeks ago. Reported new deaths are down 12 percent, to 1,829 a day. Hospitalizations have decreased 20 percent and are averaging below 75,000 a day for the first time since early August, according to a NYT database.

“Public health officials, however, said the pandemic remained a potent threat,” said the report, adding that most of the COVID-19 deaths in that span were people who were unvaccinated, and about 68 million eligible Americans have yet to be inoculated. “That leaves the country vulnerable to continued surges,” it said.

“We’re not out of danger,” Ali Mokdad, a University of Washington epidemiologist and former CDC scientist, was quoted as saying. “This virus is too opportunistic and has taught us one lesson after another.”

“The ferocity of the Delta variant surge has delivered a serious financial blow to hospital systems in parts of the country with low vaccination rates that are struggling to care for coronavirus patients, even as they combat plummeting income, reduced bailout funds and higher labor costs,” reported The Washington Post on Wednesday.

Particularly, many hospitals in Southern states and rural areas of the country, even in states with otherwise high vaccination rates, have been forced once again to temporarily curtail elective procedures such as hip replacements that bring in the most money, according to the report.

Meanwhile, rates of burnout and nurse attrition have soared at institutions with overburdened intensive care units and COVID-19 wards, contributing to severe labor shortages that are driving up costs for replacement workers, hospital officials were quoted as saying.

Hiring temporary replacement workers drove extraordinary cost increases; vital revenue from elective surgeries evaporated; and public taxpayer supports to help providers through the crisis last year are drying up. All the factors have converged to build up a “triple whammy” on these hospitals, the report added.

Healthcare workers operate in an ICU in the “COVID Area” of the Beverly Hospital in Montebello City, California, the United States, Jan. 22, 2021. (Xinhua)