Staggering into the 19th month of its fight against the coronavirus, as both cases and deaths trend down, the United States is sustaining its efforts on triple fronts: vaccination, mandate and test, expecting to further contain the pandemic during the upcoming winter.

Pfizer and BioNTech said on Thursday that they are seeking the U.S. Food and Drug Administration (FDA) emergency use authorization (EUA) for their COVID-19 vaccine for children ages 5 to 11.

If authorized, this would be the first COVID-19 vaccine for younger children. The Pfizer/BioNTech vaccine has been approved for people age 16 and older and has an EUA for people ages 12 to 15.

Last month, Pfizer released details of a Phase 2/3 trial that showed its COVID-19 vaccine was safe and generated a “robust” antibody response in children ages 5 to 11.

Officials in Britain, Norway and other countries have recommended a single dose of the Pfizer-BioNTech vaccine for children ages 12 and older, providing partial protection from the virus, but without the potential harms occasionally observed after two doses.

Health officials in those countries are particularly worried about increasing data suggesting that myocarditis, an inflammation of the heart, may be more common among adolescents and young adults after vaccination than had been thought, reported NYT on Thursday.

The risk remains very small, and significant only after the second dose of an mRNA vaccine. But the numbers have changed the risk-benefit calculus in countries where new infections are mostly lower than in the United States, it added.

The White House (WH) announced on Wednesday that it will buy 1 billion U.S. dollars worth of rapid, at-home coronavirus tests to address ongoing shortages, “a plan hailed by public health experts who called the move long overdue,” reported The Washington Post.

The actions will quadruple the number of tests available to Americans by December, according to Jeff Zients, the WH coronavirus response coordinator. The news followed Monday’s decision by the FDA to allow the sale of an antigen test from U.S.-based Acon Laboratories.

“This is a big deal,” Scott Becker, chief executive of the Association of Public Health Laboratories, was quoted as saying. “The White House is beginning to take testing as seriously as they’ve taken vaccinations.”

On Thursday, U.S. President Joe Biden is traveling to Chicago to talk about vaccine mandates. Chicago was picked in part because it is the home of United Airlines, one of the first major carriers to require shots for its 67,000 U.S. employees.

Biden said last month that he would use his presidential powers to require two-thirds of American workers be vaccinated against the coronavirus. That included a private sector to mandate that all companies with more than 100 workers require vaccination or weekly testing.

He also moved to mandate shots for health care workers, federal contractors and most federal workers, who could face disciplinary measures if they decline to be inoculated. 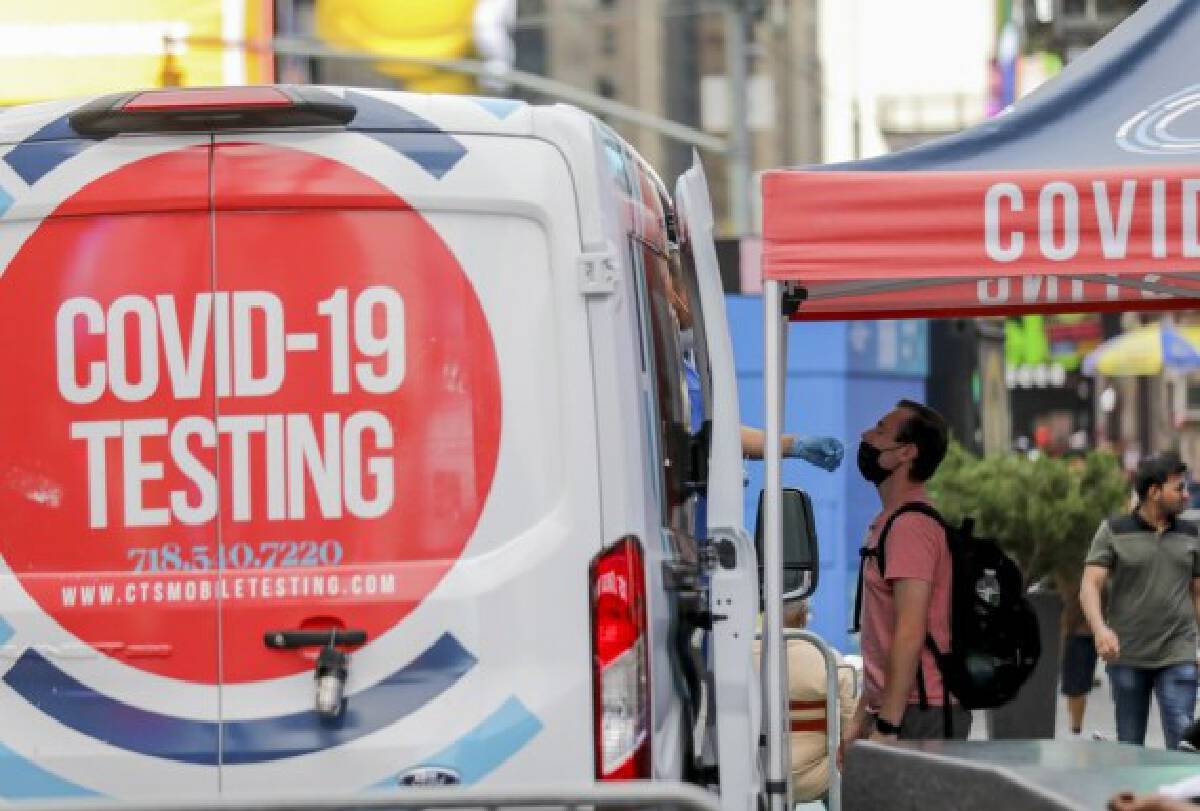