Over 6.4 billion vaccine doses have now been administered globally. However, low-income countries have received less than half of one percent of the worlds vaccines. In Africa, less than five percent of people are fully vaccinated, according to WHOs data.

The World Health Organization (WHO) announced on Thursday an initiative to vaccinate 40 percent of the population of every country against COVID-19 by the end of 2021 and 70 percent by mid-2022, by prioritizing vaccine delivery to low-income countries, particularly those in Africa.

“Today, WHO is launching the Strategy to Achieve Global COVID-19 Vaccination by mid-2022,” said WHO Director-General Tedros Adhanom Ghebreyesus at a press briefing. “The strategy outlines the road we must all take together to achieve our targets of vaccinating 40 percent of the population of every country by the end of this year, and 70 percent by the middle of next year.”

According to Tedros, achieving these targets will require at least 11 billion vaccine doses, which is an allocation problem instead of a supply problem.

“With global vaccine production now at nearly 1.5 billion doses per month, there is enough supply to achieve our targets, provided they are distributed equitably,” he said. A medical worker receives a dose of the COVID-19 vaccine in Dar es Salaam, Tanzania, Aug. 3, 2021. (Photo by Herman Emmanuel/Xinhua)

According to WHO’s records, more than 6.4 billion vaccine doses have now been administered globally, and almost one-third of the world’s population is fully vaccinated against COVID-19. However, low-income countries have received less than half of one percent of the world’s vaccines. In Africa, less than five percent of people are fully vaccinated.

Earlier this year, WHO set a target for all countries to vaccinate ten percent of their populations by the end of September, but 56 countries didn’t make it. That has prompted UN Secretary-General Antonio Guterres to join the WHO chief to launch the latest strategy.

“Vaccine inequality is the best ally of the COVID-19 pandemic,” said Guterres, but “through dose sharing, swaps, technology transfers and other priority actions, it is possible to reduce deaths and minimize suffering, prevent health systems from being overwhelmed, resume social and economic activities, and reduce the risk of dangerous new variants.”

The UN chief also renewed his appeal to G20 for help, adding that “their meeting later this month will be an opportunity to deliver.”

“I urge all global stakeholders to step up, mobilize their resources and turn this strategy into a reality,” he said. 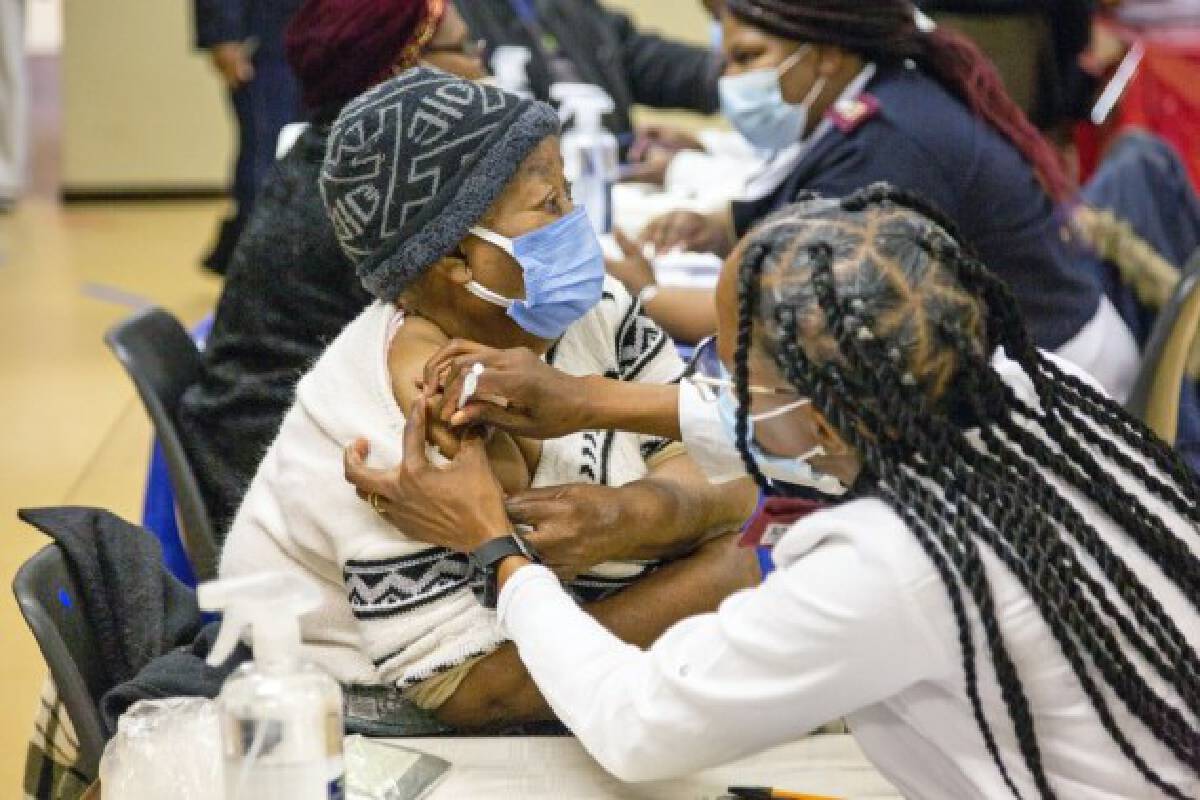 An elderly person receives a dose of COVID-19 vaccine at a vaccination site in Johannesburg, South Africa, May 17, 2021. (Photo by Yeshiel/Xinhua)