The car bombing reportedly targeted the motorcade of Adens Governor Ahmed Lamlas and other high-ranking Yemeni officials, who survived the attack.

“A booby-trapped vehicle exploded in Aden’s district of Tawahi, targeting a traveling convoy carrying a number of government officials,” the local security source said on condition of anonymity.

The car bomb attack targeted the motorcade of Aden’s governor Ahmed Lamlas and other officials of the Saudi-backed Yemeni government, he said.

According to the local official, the city’s governor and the minister of the agriculture survived the bombing attack unhurt.

Witnesses said that columns of black smoke were seen rising from the bombing site in Tawahi. 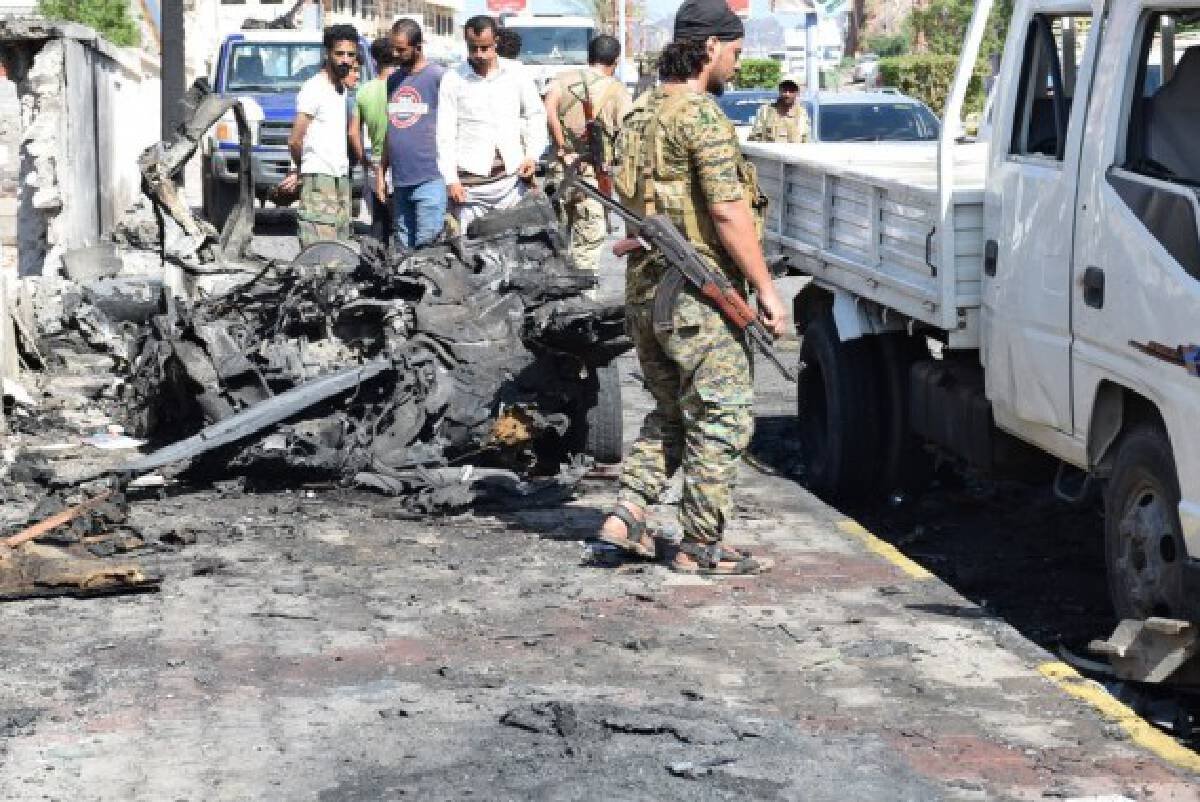 Security personnel are seen at the site of a car bombing attack that killed five soldiers in Aden, Yemen, on Oct. 10, 2021. (Xinhua/Murad Abdo)

An official of Aden’s local authority confirmed to Xinhua that five soldiers in charge of guarding Aden’s governor were killed and a number of others wounded.

No group has claimed responsibility for the car bomb attack yet. However, Yemeni government officials blamed terror groups such as al-Qaida for the bomb explosions during the past months.

Local authorities are trying to maintain security and stability in the strategic Yemeni port city considered as the country’s temporary capital. 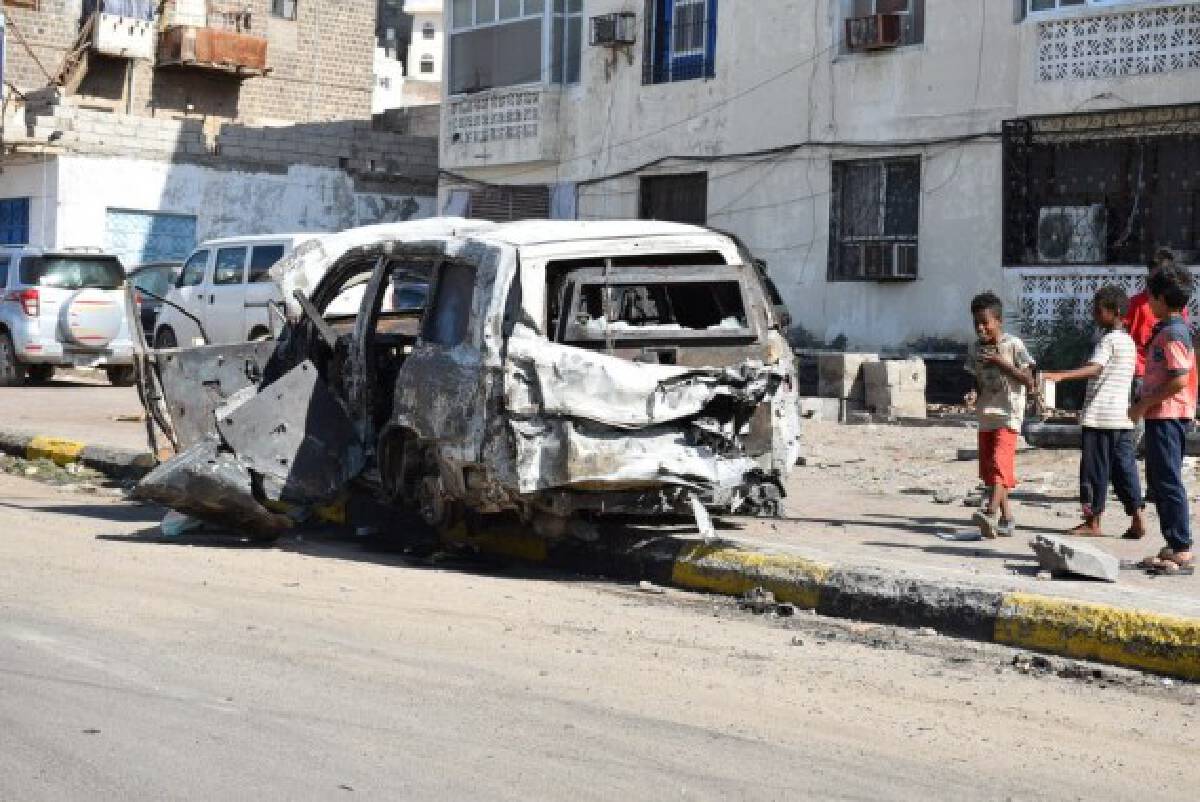 Photo taken on Oct. 10, 2021 shows a damaged vehicle at the site of a car bombing attack that killed five soldiers in Aden, Yemen. (Photo by Murad Abdo/Xinhua)

However, sporadic bombing incidents and drive-by shooting attacks still occur in Aden, where the Saudi-backed Yemeni government has been based since 2015.

Yemen has been mired in a civil war since late 2014, when the Iran-backed Houthi rebels seized control of several northern provinces and forced the internationally-recognized government of Hadi out of the capital Sanaa. 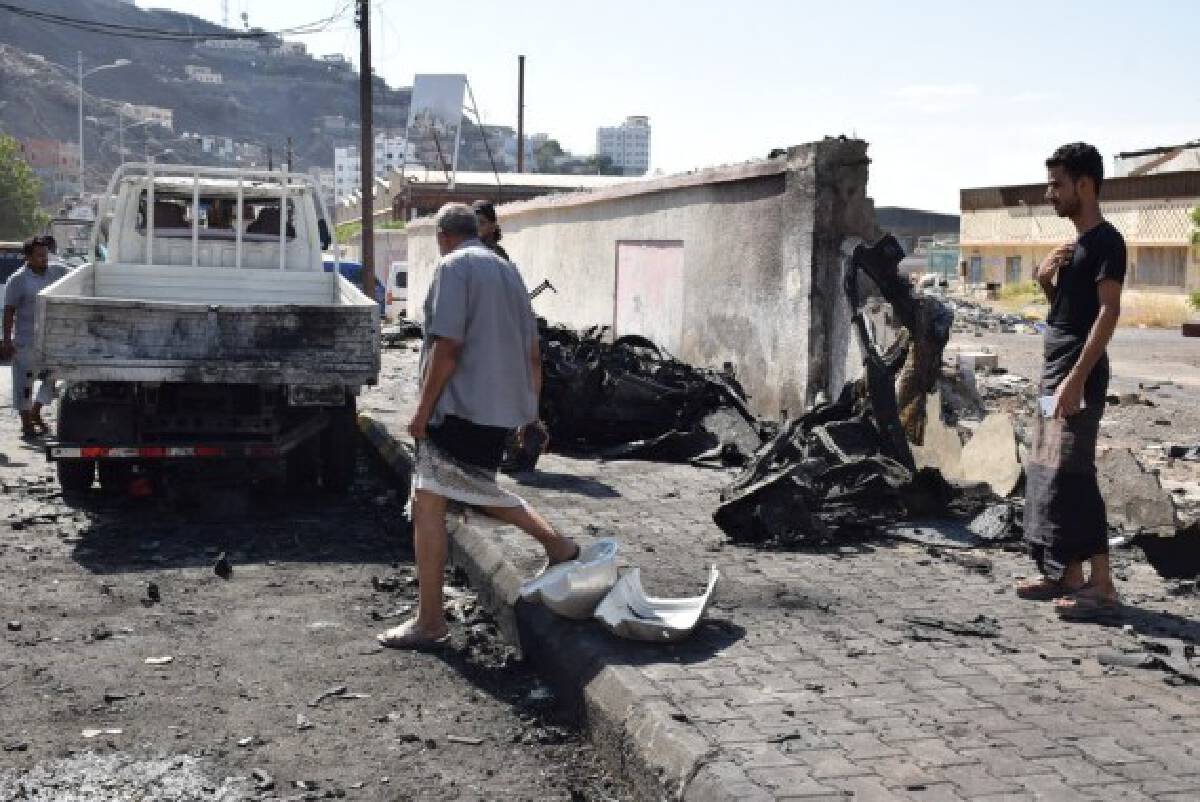 Photo taken on Oct. 10, 2021 shows damaged vehicles at the site of a car bombing attack that killed five soldiers in Aden, Yemen. (Photo by Murad Abdo/Xinhua)