International craze aside, the Netflix original series “Squid Game” is inspiring parodies and send-ups throughout the South Korean entertainment industry.

Cable channel Channel A was one of the first to air a parody of the global megahit. “The Fisherman and the City,” a show featuring five Korean TV celebrities who are obsessed with fishing, introduced its cast as if they were “Squid Game” contestants, with tags like those used in the Netflix series. 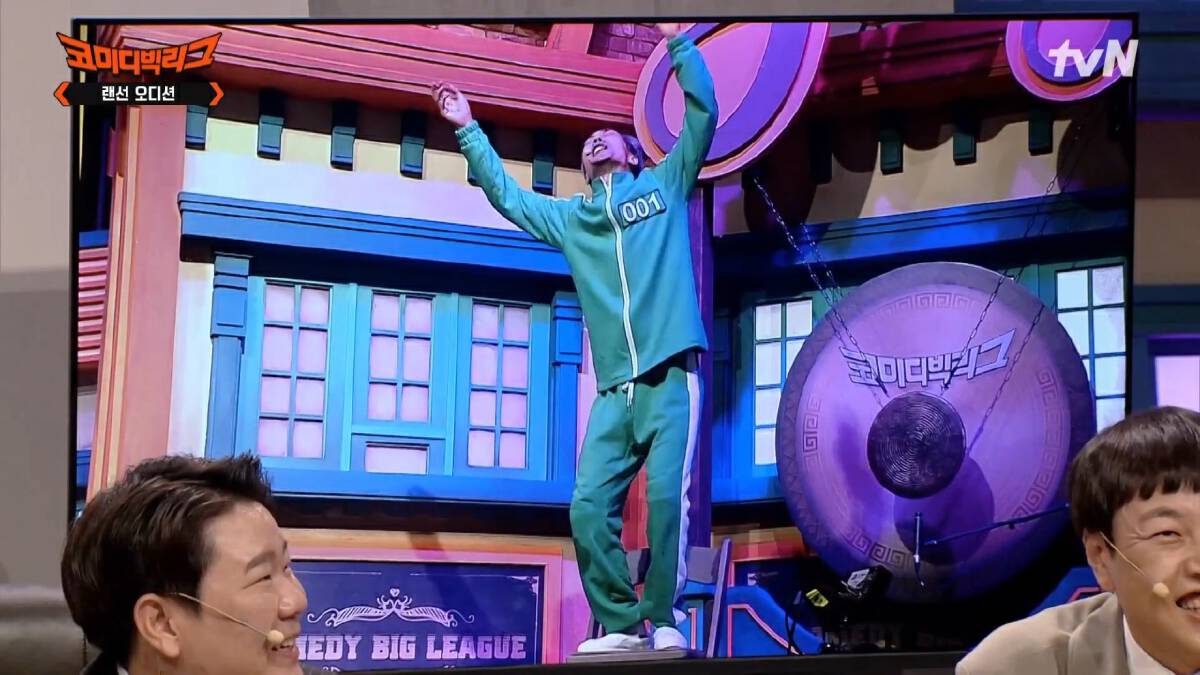 A screenshot from “Comedy Big League” shows comedian Kim Doo-young (center) imitating the first contestant to sign up for the competition in “Squid Game.” (tvN)

The terrestrial broadcaster SBS joined in the fun with its hit Wednesday program “Kick a Goal.” The program, which centers on soccer tournaments for female celebrities from different fields — comedians, actors, models and more — imitated the “Squid Game” logo in graphics used to introduce soccer matches.

The domestic excitement over “Squid Game” is not likely to die down anytime soon. “Amazing Saturday” from tvN released a preview of this coming Saturday’s episode with content referencing the Netflix mystery thriller. Veteran actor Oh Young-soo, who plays elderly contestant Oh Il-nam in “Squid Game,” will appear on MBC’s weekend variety show “Hangout With Yoo.” The date has yet to be announced.

The rest of the world is catching up with the “Squid Game” phenomenon as well, including the popular US late-night show “The Tonight Show Starring Jimmy Fallon,” which featured an interview with “Squid Game” actors on Wednesday.

The nine-part series has topped the Netflix chart in 80 countries since its release and is the first Korean show to reach No. 1 in the streaming platform’s rankings in the US, according to streaming analytics firm FlixPatrol.