The pandemic has been divisive, and the nations ability to end it depends on the ability of people to take collective action, said Rochelle Walensky, director of the U.S. CDC. “We are battling with one another and not battling with the common foe, which is the virus itself,” she added.

COVID-19 outlook in the United States has improved a lot in recent weeks, with cases, hospitalizations and deaths all declining, but tens of thousands of Americans are still getting sick every day, and a top health official hesitates to predict an end date of the pandemic.

In particular, “case numbers have plummeted in the South, the region that had the worst outbreak this summer. Florida is averaging fewer than 4,000 new cases a day, down from more than 20,000 a day at the end of August,” reported NYT.

On the other side of the coin, the country surpassed 700,000 total deaths last week and continued to average more than 1,700 newly reported deaths a day, with the vast majority of people dying from the virus were unvaccinated.

Alaska led the country in recent cases per capita. “Hospitals in the state have been overwhelmed, forcing doctors to make wrenching decisions about who should be offered the most advanced care,” said the report.

Meanwhile, infections are rising in some Midwestern states that avoided the worst of the summer surge. New case reports in Minnesota are up 36 percent over the last two weeks, it added. 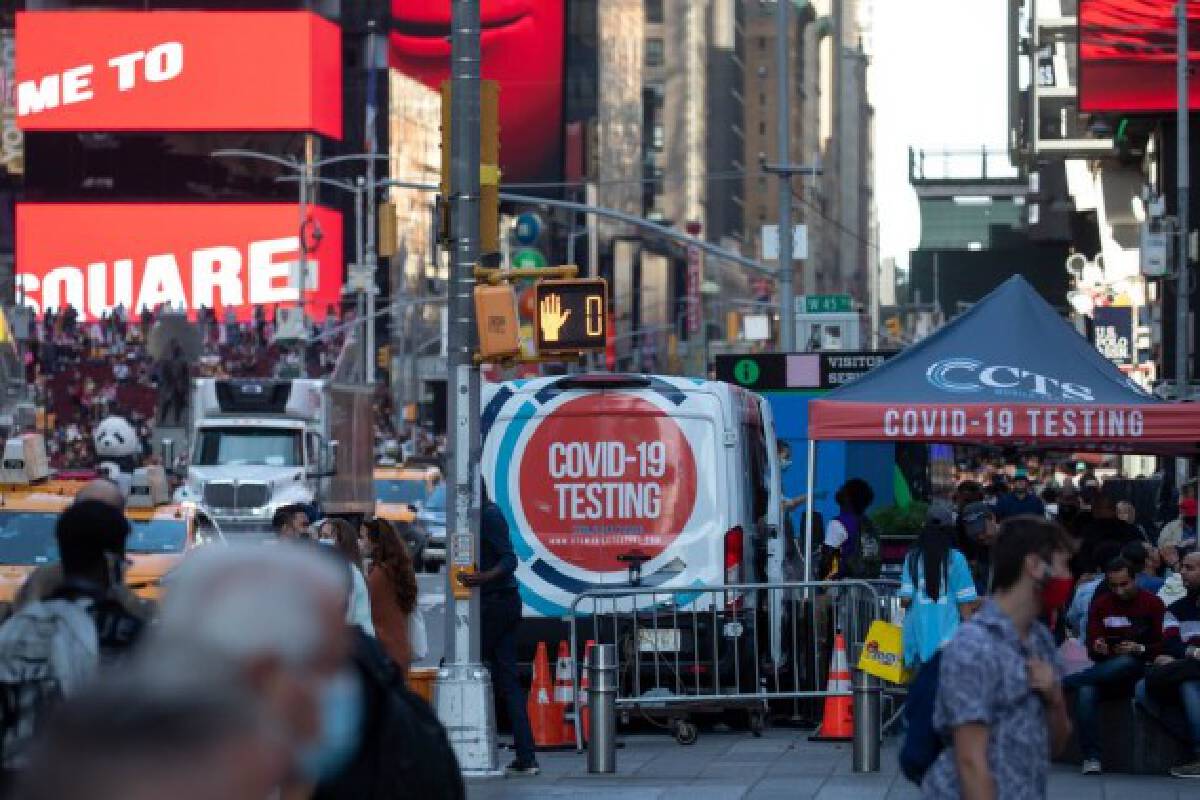 A COVID-19 testing van is parked at Times Square in New York, the United States, Oct. 2, 2021. (Photo by Michael Nagle/Xinhua)

It is hard to predict when the COVID-19 pandemic will end. It largely depends on human behavior, and that might be a problem, director of the U.S. Centers for Disease Control and Prevention (CDC) Rochelle Walensky told reporters on Thursday in a session organized by the Health Coverage Fellowship, a health journalism program.

“We have a lot of the science right now; we have vaccines. What we can’t really predict is human behavior. And human behavior in this pandemic hasn’t served us very well,” she said, adding that with the current vaccination rate, there is not enough immunity in the United States to fight off the more contagious Delta variant.

“With the Delta variant, the R-naught is 8 or 9,” Walensky said. R-naught, or the basic reproduction number, signifies the average number of people to whom an infected person will spread the virus. “That means we need a lot of protection in the community to not have disease.”

During the session, Walensky emphasized that there are still pockets of unvaccinated people in the United States, who are not protected. “The virus isn’t stupid. It’s going to go there,” she said.

The director said the pandemic has been divisive, and the nation’s ability to end it depends on the ability of people to take collective action. “We are battling with one another and not battling with the common foe, which is the virus itself,” she added. 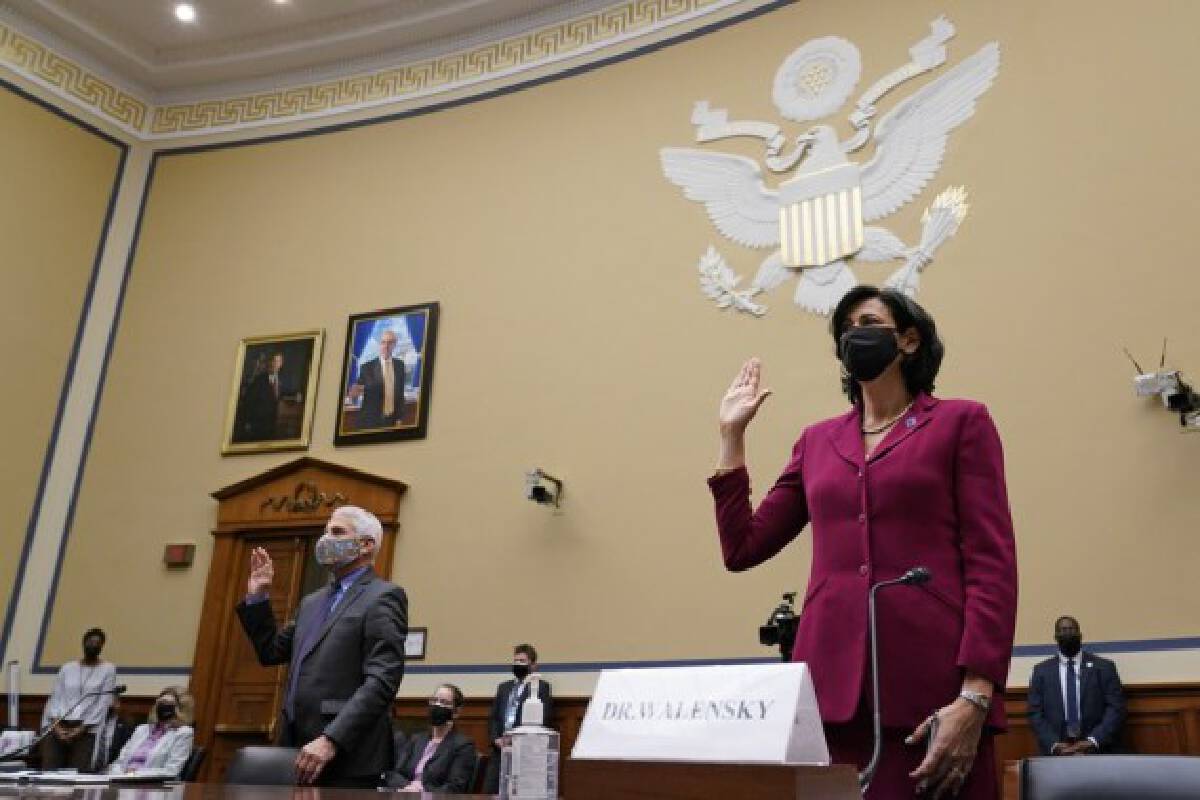 Rochelle Walensky (R), director of the U.S. Centers for Disease Control and Prevention (CDC), is sworn in before testifying at a hearing of U.S. House Select Subcommittee on the Coronavirus Crisis in Washington, D.C., the United States, on April 15, 2021. (Susan Walsh/Pool via Xinhua)

In a sign of improving COVID-19 conditions, as long as the numbers of newly confirmed infections and patients being admitted to hospitals remain stable and low, San Francisco in California will lift indoor masking requirements on Oct. 15, not only in offices and gyms, but also in indoor college classrooms, places of worship, employee commuter vehicles and other gatherings of people who meet regularly but don’t exceed 100 people. Everyone inside those places must be vaccinated.

The move would make San Francisco the first slice of the Bay Area to significantly relax the public indoor face covering requirements imposed in midsummer in response to the recent Delta surge. Employers or hosts must ensure that rooms are properly ventilated, children under 12 and guests are not present, and there have been no recent COVID-19 outbreaks, according to Mayor London Breed, who characterized the move as “an important step forward.”

“When I talk to office workers and business leaders, one of the things I continue to hear is that they’re anxious to get back to a more normal routine at work where they can interact with their colleagues,” said the mayor in a statement. “Our economy is bouncing back, the city feels like it is coming alive again, and this is yet another milestone in our recovery.”

Another positive sign is that the national number of people eligible for vaccinations could also soon increase substantially: Pfizer and BioNTech on Thursday asked federal regulators to authorize emergency use of their coronavirus vaccine for children aged 5 to 11, a move that could help protect more than 28 million people in the United States.

Rupali Limaye, a behavior scientist at Johns Hopkins Bloomberg School of Public Health who studies vaccine hesitancy, told NYT that parents’ getting their children aged 5 to 11 vaccinated would be a “huge game changer” because they represent a large proportion of population.

In the meantime, as the country nears colder temperatures that will push many people indoors, Yvonne Maldonado, an infectious disease expert at Stanford University, was quoted as saying that the next few months would be critical, but that the combination of increased vaccinations and natural immunity from infections could prevent another catastrophic wave like the one that struck last year. 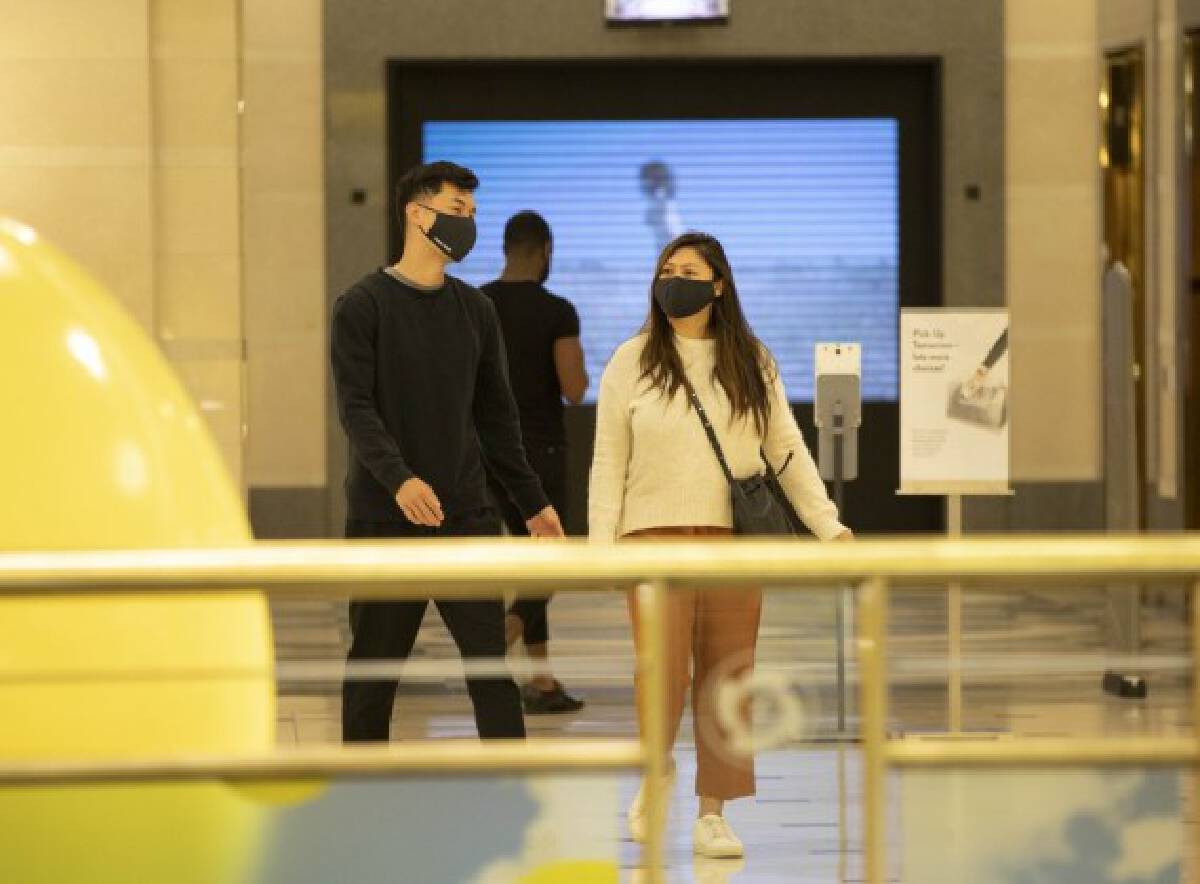