A drug addict got away after shooting his father in the leg with a harpoon as he was trying to let police officers in.

At about 10pm on Monday, police in Bangkok’s Rat Burana district received a call about an inebriated man setting the second floor of a foundry plant on fire. The caller was the father, who said he lived on the second floor with his wife and son. However, 31-year-old Ekkachai Saengthongdee got away after shooting his father in the left thigh just as his dad was opening the door to police officers.

The mother later told officers that their son is unemployed and a drug addict who sometimes assaults his parents.

She said they decided to call the police this time because Ekkachai had arrived home drunk and set fire to their home. She added that Ekkachai had been arrested several times before but never kept behind bars for too long.

The fire was quickly brought under control and the mother has been invited to the district police station to testify. The father has been admitted to Rat Burana Hospital for treatment and his testimony will be taken later. Police, meanwhile, have launched a manhunt for the missing son. 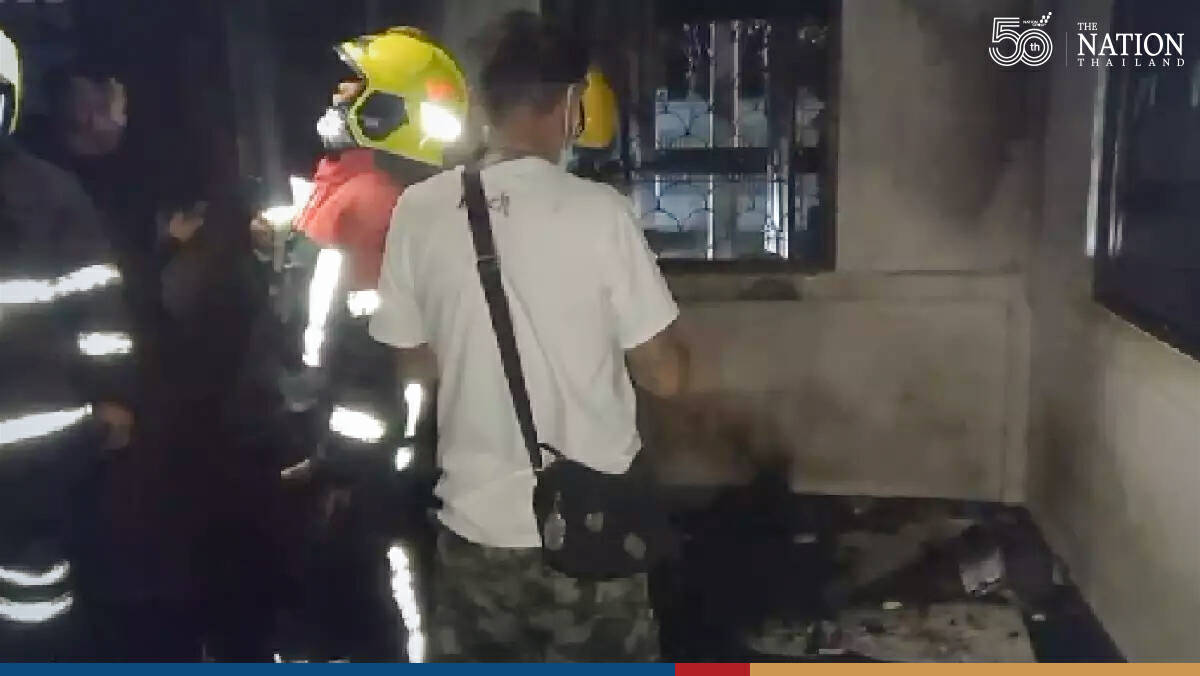