Whether people are masters of country is true yardstick, he says at meeting

President Xi Jinping has underlined further promoting whole-process democracy that enables the Chinese people to be broadly involved in national governance, saying that whether a country is democratic or not depends on whether it is truly run by the people.

Xi, who is also general secretary of the Communist Party of China Central Committee and chairman of the Central Military Commission, made the remark while addressing a central conference on work related to people’s congresses, which was held from Wednesday to Thursday in Beijing.

He called for upholding and improving the system of people’s congresses, a political system fundamental to the Party’s leadership, the running of the country by the people, and law-based governance. He said that such a system ensures the realization of whole-process democracy in the country.

In China’s political system, the people exercise State power through the National People’s Congress, the country’s top legislature, and local people’s congresses at different levels, ensuring their interests are reflected in the decision-making process.

Xi called Chinese democracy “whole-process people’s democracy” for the first time in November 2019 during an inspection tour of Shanghai. This enables the Chinese people to broadly and continuously participate in day-to-day political activities, including democratic elections, political consultation, decision-making and oversight.

“Democracy, a shared value of humanity, is a key tenet unswervingly upheld by the CPC and the Chinese people,” Xi emphasized.

Democracy is not an ornament to be used for decoration, it is to be used to solve the problems that the people want to solve, he said. 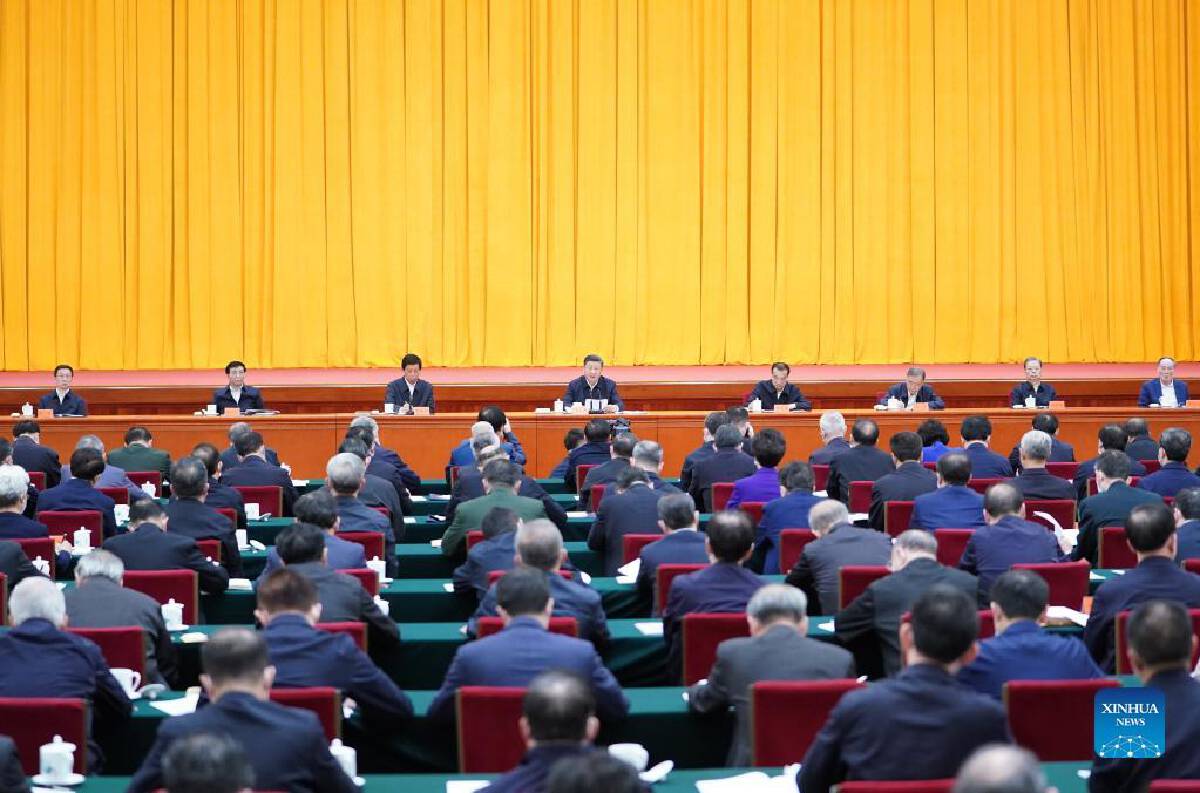 Judging whether a country is democratic or not, Xi said, should also take into account what political procedures and rules are stipulated by the systems and laws. More importantly, it is also a question of whether these systems and laws are implemented well, he added.

Xi said democracy is a right that all people around the world enjoy, not a privilege reserved to a small minority of countries. Whether a country is democratic or not should be judged by its own people, not by a handful of people from outside it, Xi said, adding that whether a member of the international community is democratic or not should be judged together by the international community, not by a self-righteous minority.

There are many ways to achieve democracy, and there is no one-size-fits-all model, Xi pointed out. It is undemocratic in itself to use a single yardstick to measure the world’s various political systems and examine the rich political civilization of mankind with a monochrome eye, he added.

Whole-process people’s democracy in China not only has a complete set of institutions and procedures, but also full participation, Xi said.

He also called for focusing on whether the rules and procedures for the operation of power are democratic while stressing that the key issue lies in whether power is really supervised by the people.

While highlighting that whole-process people’s democracy in China is “the broadest, most genuine, and most effective socialist democracy” safeguarding the fundamental interests of the people, Xi called for efforts to further promote the principle of the running of the country by the people in national governance and reflect this in specific efforts to meet people’s aspirations for a better life.

The people’s congress system has provided an important institutional guarantee for the Chinese people, led by the CPC, to create the miracles of fast economic growth and long-term social stability over the past 60 years, particularly over the four decades of reform and opening-up, Xi said.

He required efforts to strengthen and improve work related to people’s congresses in the new era, saying that the Constitution must be fully implemented and its sanctity and authority must be upheld.

Efforts should be stepped up to improve the legal system with Chinese characteristics to ensure that lawmaking contributes to the country’s development and ensures good governance, Xi said.

He stressed the need to strengthen the overall leadership over legislative work by the Party, and called for expanding the people’s participation in political affairs, as well as increasing legal protection for human rights to ensure that the people enjoy extensive rights and freedoms as prescribed by law.

The people’s right to be informed, participate and heard, and to supervise, must be guaranteed in every aspect of the work related to people’s congresses, Xi said.