Police raided “Tapas Music Bar” on Rama I Road of Bangkok’s Pathumwan district at 10pm on Monday following a tip-off that the bar was allegedly serving alcoholic drinks in defiance of disease-control orders during the state of emergency.

Police found 93 guests, 29 males and 64 females, drinking alcoholic beverages while not maintaining social distancing practice, which is a requirement for restaurants under the order of the Centre for Covid-19 Situation Administration.

After being tested for Covid-19, they were charged with violating the emergency decree and Communicable Diseases Act. The bar owner was also charged with selling alcoholic beverages during prohibited time. 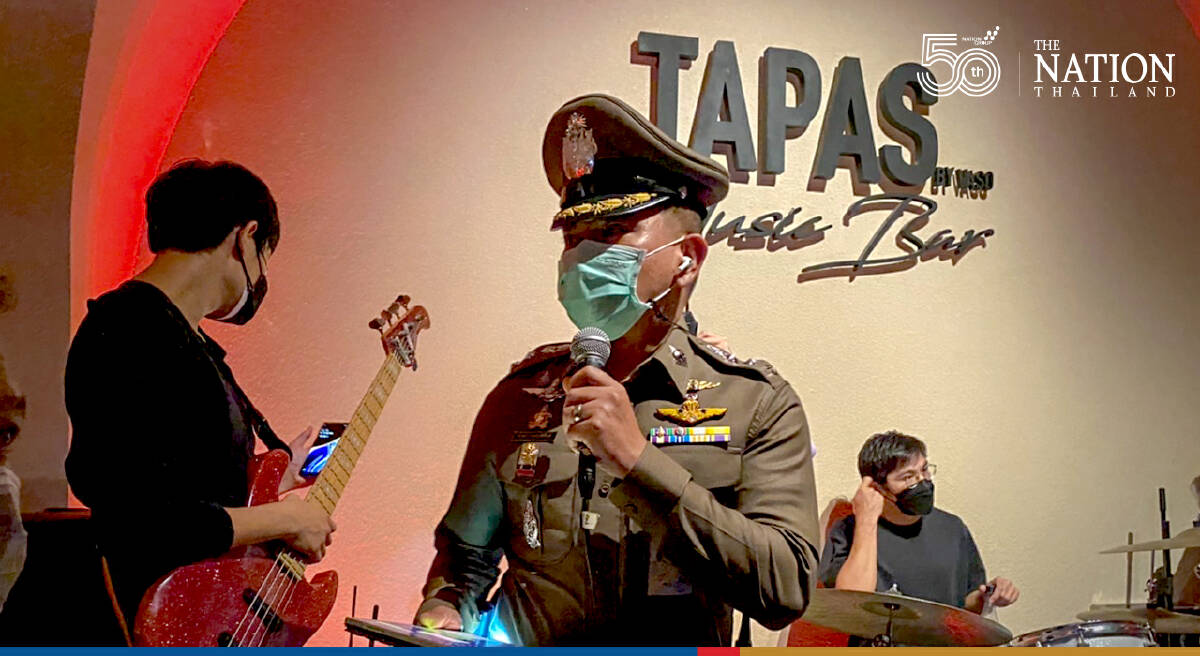 Pol. Col. Phansa Amaraphitak, chief of Pathumwan Police Station said that locals have filed a complaint on October 16 that the bar could be violating disease control measures and could be a hotspot for Covid-19 spreading.

“Police officers visited the bar on October 17 and warned the owner to strictly follow the regulations, but the bar still continues to open while serving alcoholic drinks and ignoring disease control measures, which has led to the raid on Monday’s night,” he said. 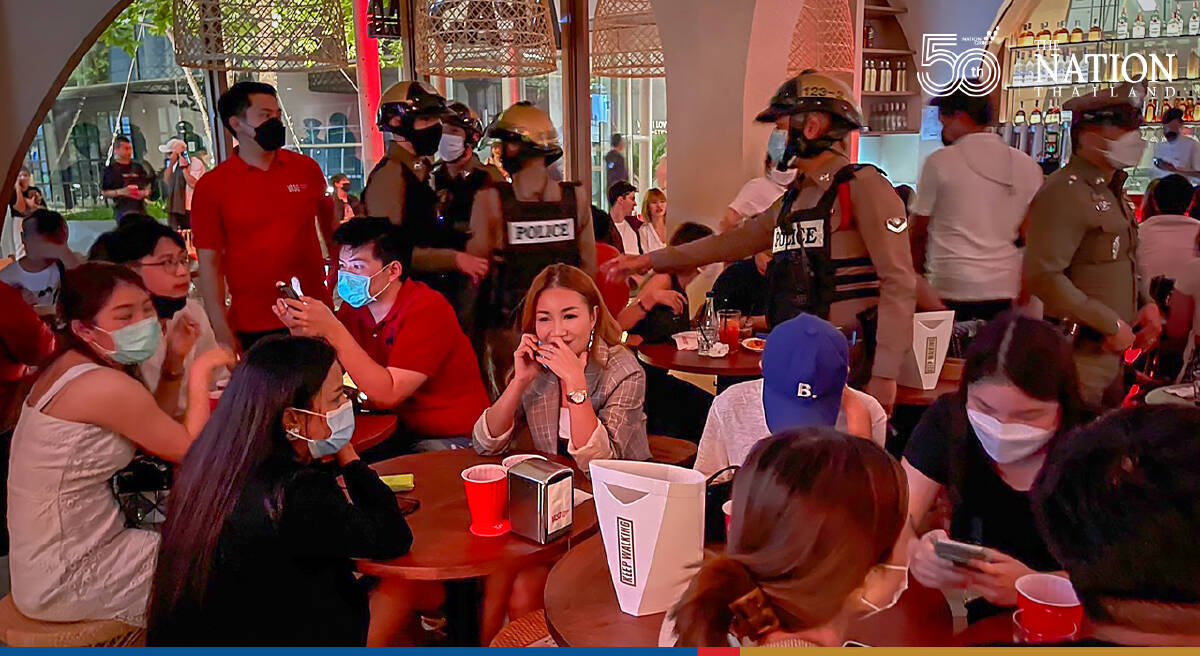 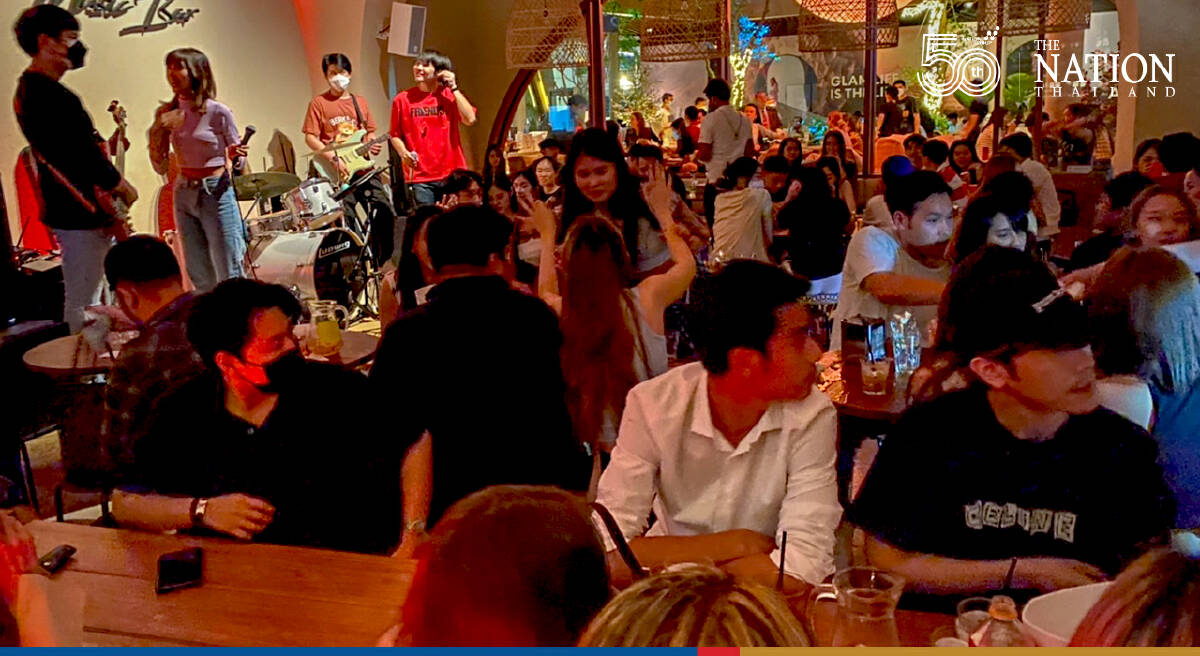