The newlywed daughter of Crown Prince Akishino, Mako Komuro, and her husband Kei held a press conference Tuesday afternoon at a hotel in Tokyo after their marriage registration was accepted by the Shibuya Ward office in Tokyo in the morning. The following is excerpted from their statements.

Mako Komuro: I am aware that there are various views on the marriage between Kei and me. I sincerely apologize to those who have been inconvenienced by this. And I am grateful to those who thought of me and tenderly worried, and to those who were not misled by groundless information and continued to extend unwavering support to me and Kei. For me, Kei is an irreplaceable presence. And for us, marriage was a choice we needed to make in order to live our lives while carefully protecting our feelings.

Kei Komuro: I love Mako. I want to live my one and only life with the person I love. We have shared many feelings and encouraged each other through both happy and not-so-happy times. I am very sorry for the people who were inconvenienced by issues related to this marriage. Many things had happened, but thanks to Mako and the people who have supported us, I have been able to uphold my desire to proceed through life with Mako. I would like to express my heartfelt gratitude.

Mako: Until today, my opportunities to speak publicly have been limited. I believe that this has led to some misunderstandings. As some of you know, since the news about the engagement came out, Kei has never acted on his own. For example, Kei’s mother’s response to her former fiance was carried out in the direction I requested. Regarding Kei’s studies overseas, I asked him to move forward his plans to study abroad and to establish a base overseas. I was unable to provide any support for his overseas studies, but I am grateful that Kei made the effort to do so despite the difficult circumstances.

Whenever I heard criticism that Kei was acting independently or one-sided speculation that he was not thinking about my feelings, I was horrified and saddened by the fact that the inaccurate information was somehow being picked up as if it was undisputed fact and unfounded stories were being circulated. I am grateful to those who continued to believe in Kei despite the difficult situation. 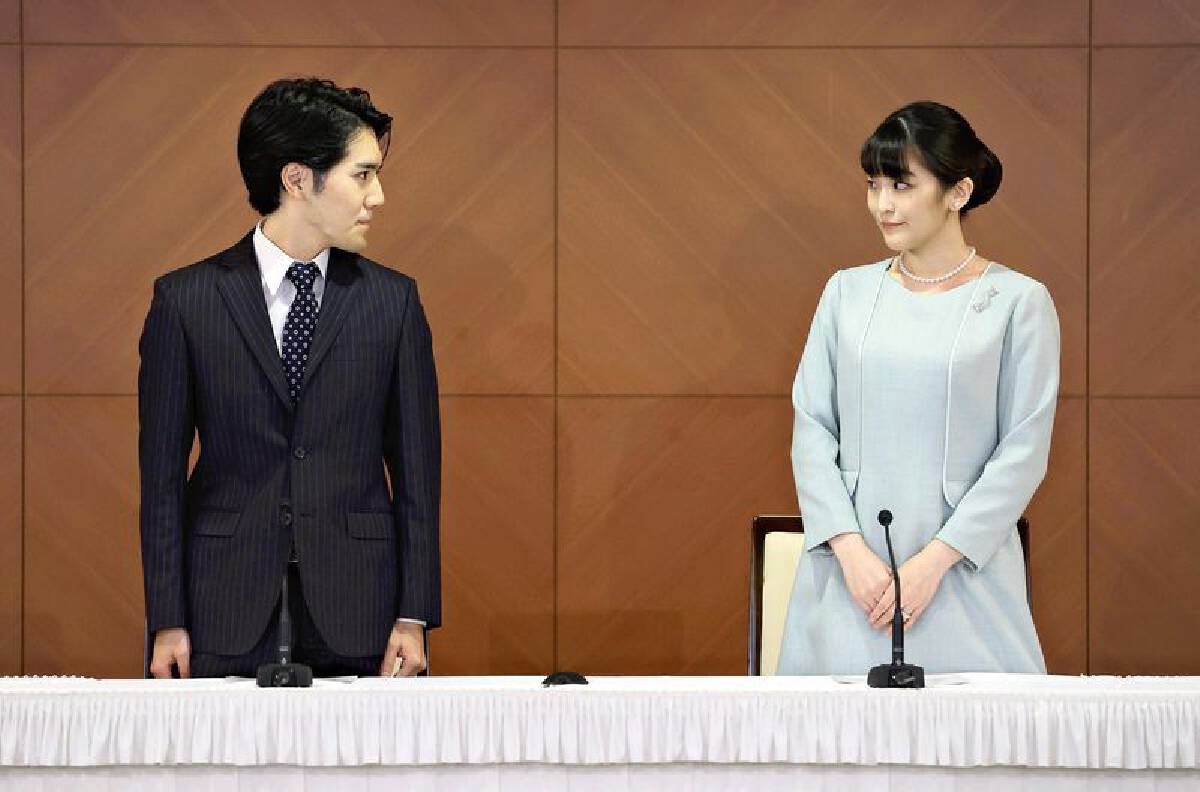 Kei: In April, I made public the details of what is considered to be a financial dispute between my mother and her former fiance. As stated in the document released, my mother and I have expressed gratitude to the former fiance time after time, and we are still grateful to him. I proposed handing over a financial settlement this April, and he replied that it was important for him to meet with my mother. My mother, however, is now psychologically unwell and her doctor advised against meeting with him. Therefore, I told him through my mother’s attorney that I would like to take care of the matter on her behalf. I have received a positive response from a weekly magazine reporter who has been representing the former fiance. I want to do everything I can to resolve the issue. Our wish for the former fiance to accept the settlement money has not changed.

Over the past few years, misinformation has been treated as if it were fact. I am extremely saddened that Mako’s physical and mental condition has been affected by the continued slander.

My mother has also been suffering from mental and physical problems. She has been forced to quit her job and is living in fear for her safety. I am very grateful to the many people who have helped us through this difficult time. I would like to build a warm family with Mako. At the same time, I want to continue to support Mako in any way possible. We would like to continue to be irreplaceable companions, supporting each other through both the happy and not-so-happy times.

Mako: The two of us are starting a new life together. I am sure there will be difficulties in different ways as we live our lives. But as we have done until now, we would like to join our efforts and proceed through life together. We have been able to stay true to ourselves because we have each other and because of the people who encouraged and supported us. I believe there are many people who are hurting right now, who are finding it difficult to live while protecting their feelings. I sincerely hope that we can create a society in which more people can live while protecting their feelings with the warm help and support of people around them.

By : The Japan News