Police of Thong Lo station on night of Tuesday raided a pub in Soi Sukhumvit 23 of Bangkok’s Wattana district following a tip-off that the pub was allegedly serving alcoholic drinks in defiance of disease-control orders.

Police found 61 guests, 26 males and 35 females, drinking alcoholic beverages while not maintaining social distance, which is a requirement for restaurants under the order of the Centre for Covid-19 Situation Administration. The guests were charged with violating the emergency decree and Communicable Diseases Act, while the pub owner was also charged with selling alcoholic beverages to dine-in customers. 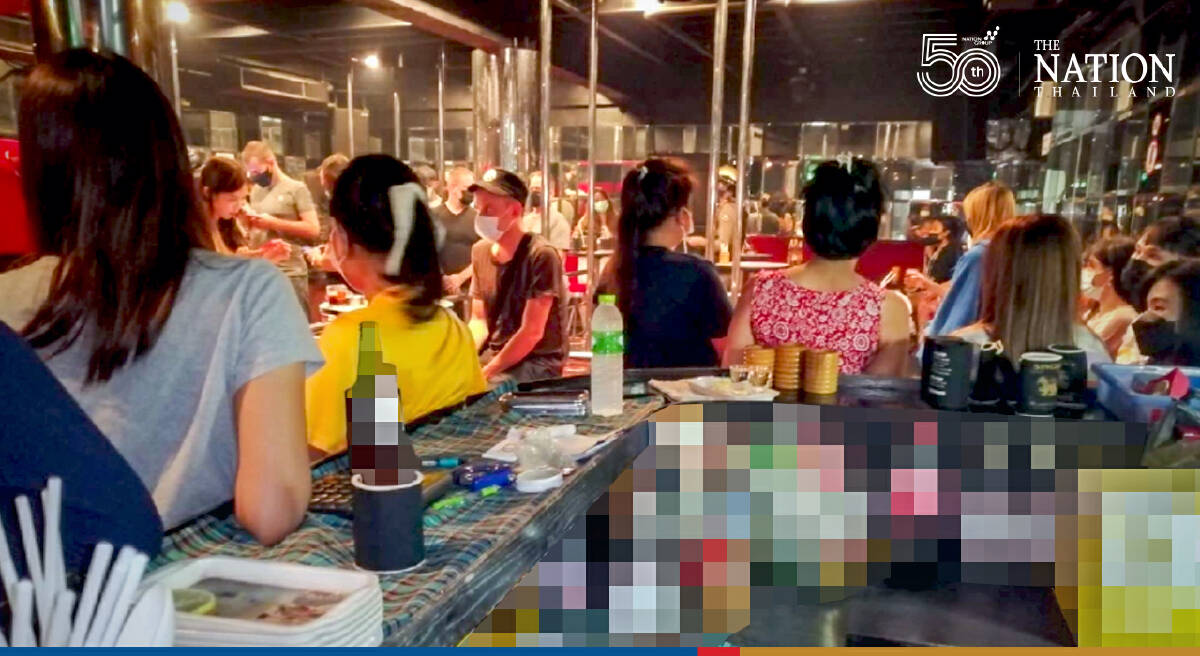 “Police officers have been inspecting entertainment venues and restaurants in Bangkok to make sure that business owners are following the regulations announced by CCSA and Communicable Disease Act,” said Pol. Col. Duangchote Suwanjarat, chief of Thong Lo station. “It is one of the policies to keep the city safe from Covid-19 provided by the national police chief Pol. Gen. Suwat Jangyodsuk.”