Bangkok police dismissed accusations that real bullets were used against pro-democracy protesters on Sunday afternoon, saying it was investigating the incident.

Three protesters sustained injuries when shots were fired into the crowds at around 5pm on Sunday. Members of the United Front of Thammasat and Demonstration, Thalu Fah, Democracy Restoration Group, the Ratsadon movement and others had gathered at Democracy Monument at 3pm and were marching via Pathumwan intersection to the German Embassy. 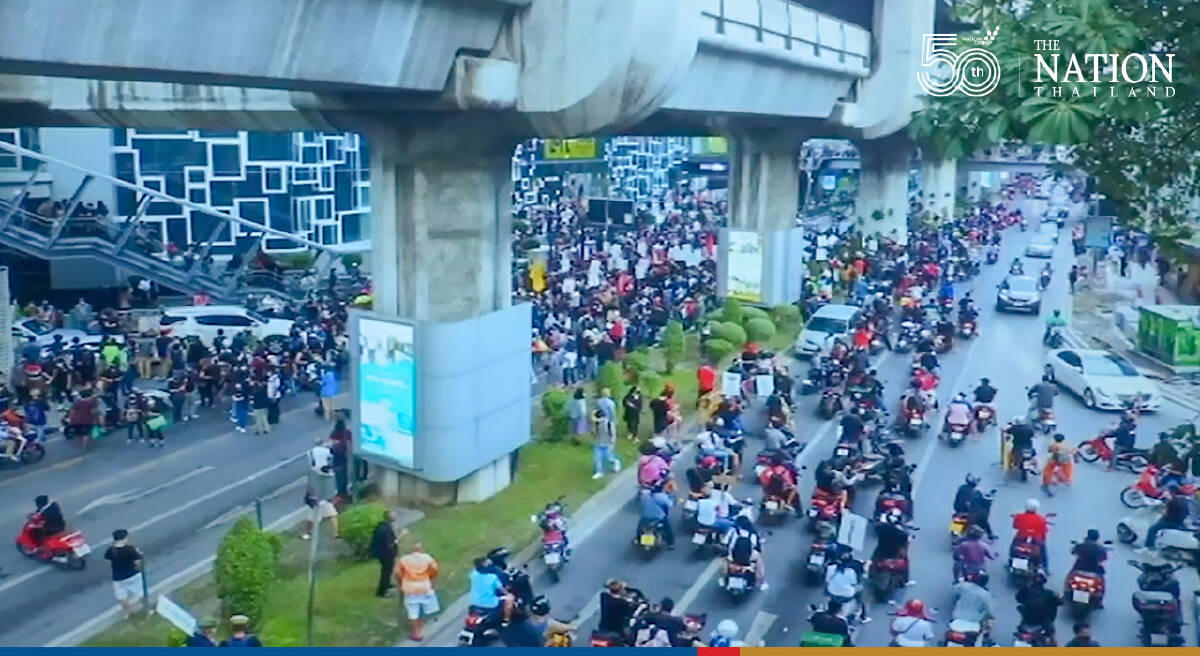 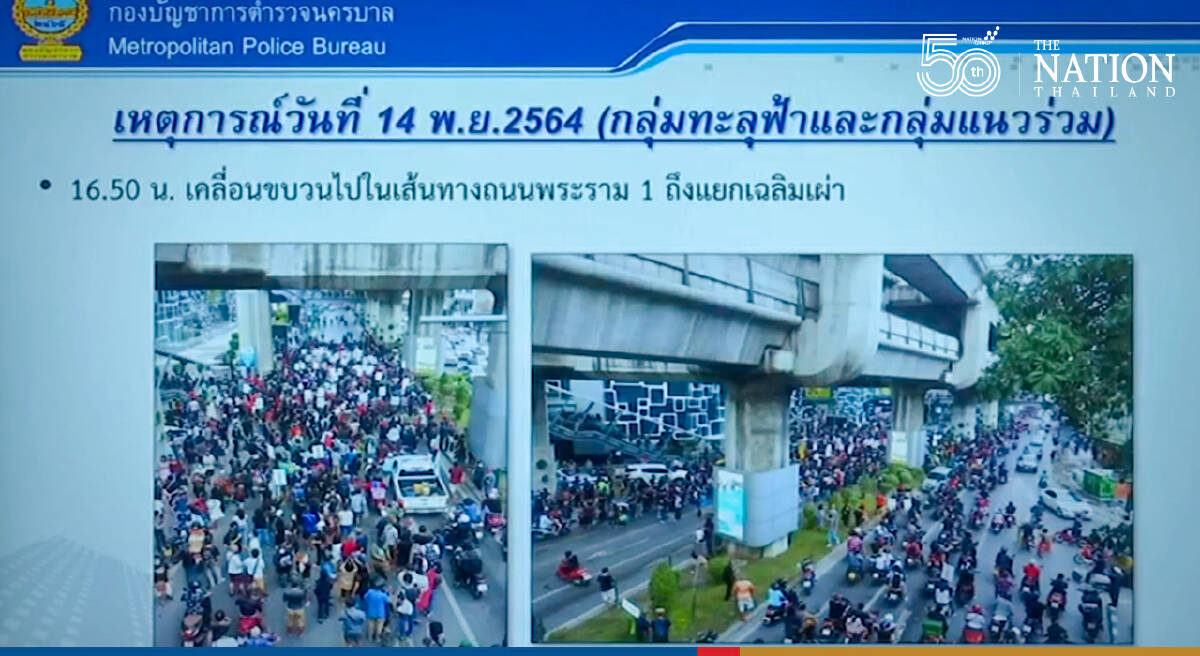 Their aim was to submit a statement opposing the Constitutional Court’s ruling against pro-democracy leaders Arnon Nampa, Panupong “Mike” Jadnok and Panusaya “Rung” Sithijirawattanakul. The court claimed that the 10-point manifesto on monarchy reform read by Panusaya last year aimed to bring down Thailand’s constitutional monarchy. The protesters say this verdict would bring back absolute monarchy.

The deputy Metropolitan Police chief and spokesman also claimed that the protesters began launching bombs in front of the Police General Hospitals’ Forensic Institute, which forced officers to fire rubber bullets at them. Two protesters were reportedly injured in this clash, he said.

Jirasan added that after the protesters submitted their letters at the German Embassy, several bombs were set off at the Wireless Road intersection and one more person was injured. 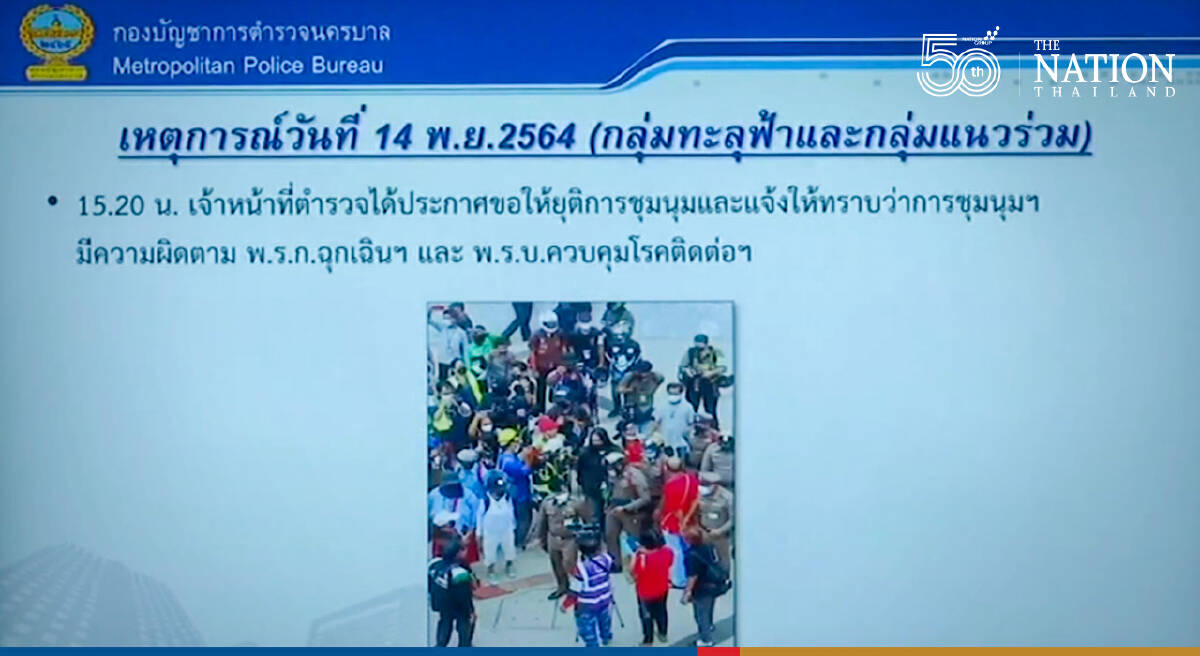 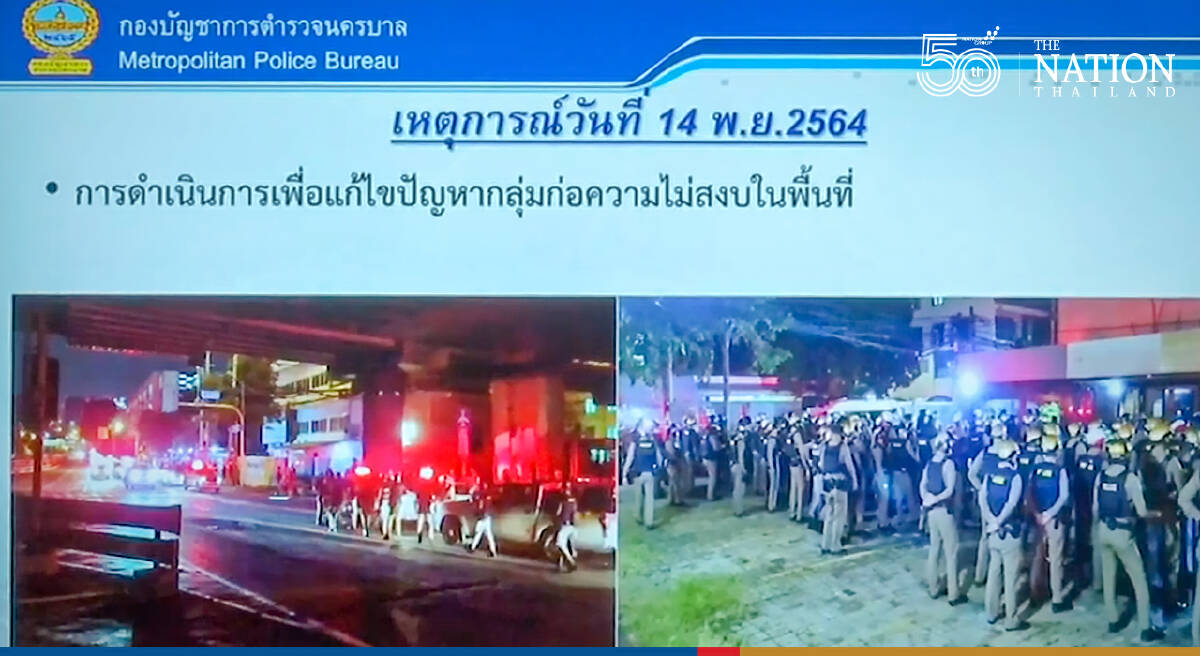 Police said officials from the Forensic Institute have confirmed that no live ammunition was used as reported in the news. As for the distance from which the so-called rubber bullets were shot, police said the distance depends on the type of rubber bullets used. Police also insist that the case is being investigated.

“As for the burning of straw effigies of the nine charter court judges, police will check to see if this can be considered contempt of court and if legal action should be taken. Investigators are collecting other evidence to prosecute violators,” the spokesman said.

Police have also warned that sharing messages and images like those of protesters crouching on the street send a false message and are in violation of the law.