A wild monkey has taken residence at a farm in Lopburi and is working for her keep by herding 60 cows to the fields in the morning and bringing them back in the evening.

Farm owner Lampueng Srimuang, 45, said one morning when she released her cows, she spotted a monkey riding the lead cow and leading the herd to the field. The monkey also chased back calves that strayed from the herd.

Lampueng, who lives in the farm with her husband and daughter, said in 2019, a troop of wild monkeys from the Khao Som Phot Wildlife Sanctuary showed up in her cornfields to hunt for food. The troop left the farm later, but two monkeys stayed back in the cowshed. She then called the wildlife sanctuary and an officer arrived to take them back.

Four days later, one of the monkeys returned and Lampueng informed the sanctuary again because she was afraid she may be violating the law.

However, the monkey returned the next day and began leading the cow herd. Lampueng said eventually wildlife rangers said she can keep the monkey provided it is not harmed or sold.

The family has named their new pet “Lily”, who has lived with them for two years and is doing her bit to help around the farm.

44 macaques saved from the dinner table in Sa Kaeo 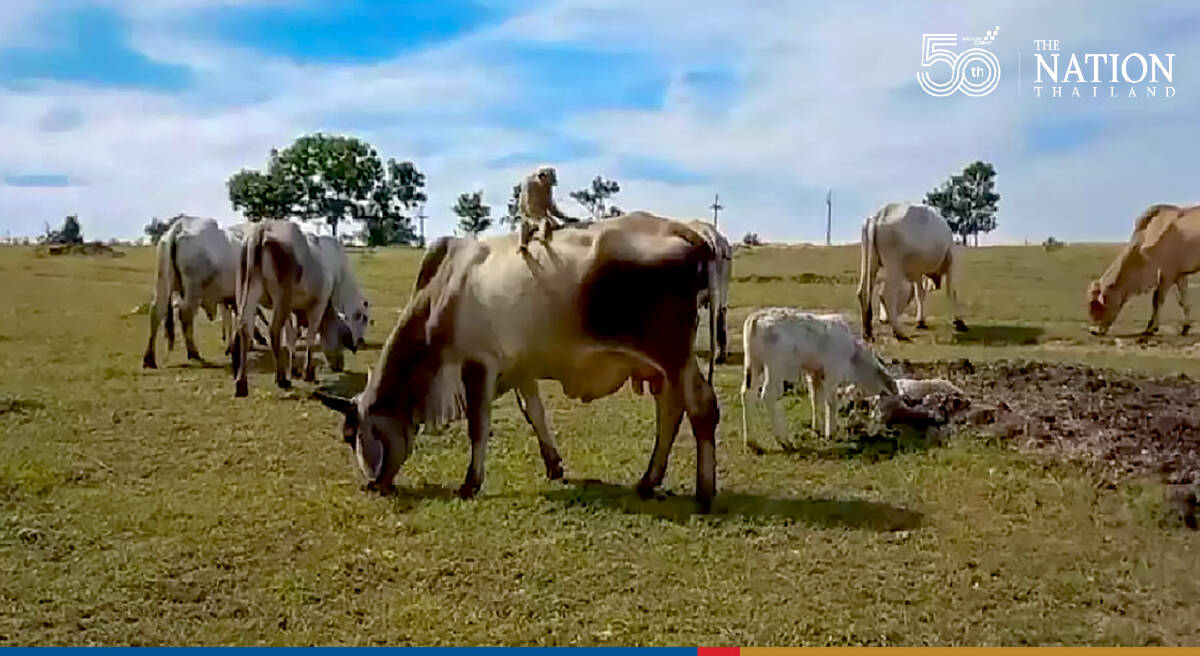